Kathy Bates is bravely opening up about her cancer battle — and about one side effect she experienced that she feels is not discussed publicly nearly as much as it should be.

The 69-year-old has fought two very different types of cancer: ovarian cancer in 2003 and stage II breast cancer in 2012. But when she got diagnosed the first time, many people cautioned her against saying anything at all about her condition.

“Back in 2003, when I had ovarian cancer, my agent told me not to tell anyone about it,” she said. “Even my gynecologist, whose husband worked in the business, warned that I shouldn’t come out with it because of the stigma in Hollywood. So I was very careful.”

MUST-SEE: 11 Things You Should Know If Ovarian Cancer Runs In Your Family

But then she saw another star, Melissa Etheridge, who had breast cancer in 2005, proudly performing onstage despite being bald.

Bates said, “I thought, ‘Wow, I wanna be her!’ So when the breast cancer diagnosis came, I knew I wanted to be honest about it.”

Much like her mother, who also battled breast cancer, Bates underwent a mastectomy. And she felt “incredibly lucky” to be alive afterward and grateful for all the research that made it possible for her to continue surviving.

But Bates also noticed that after her surgery, she was also beginning to experience a similar side effect that her mom had. 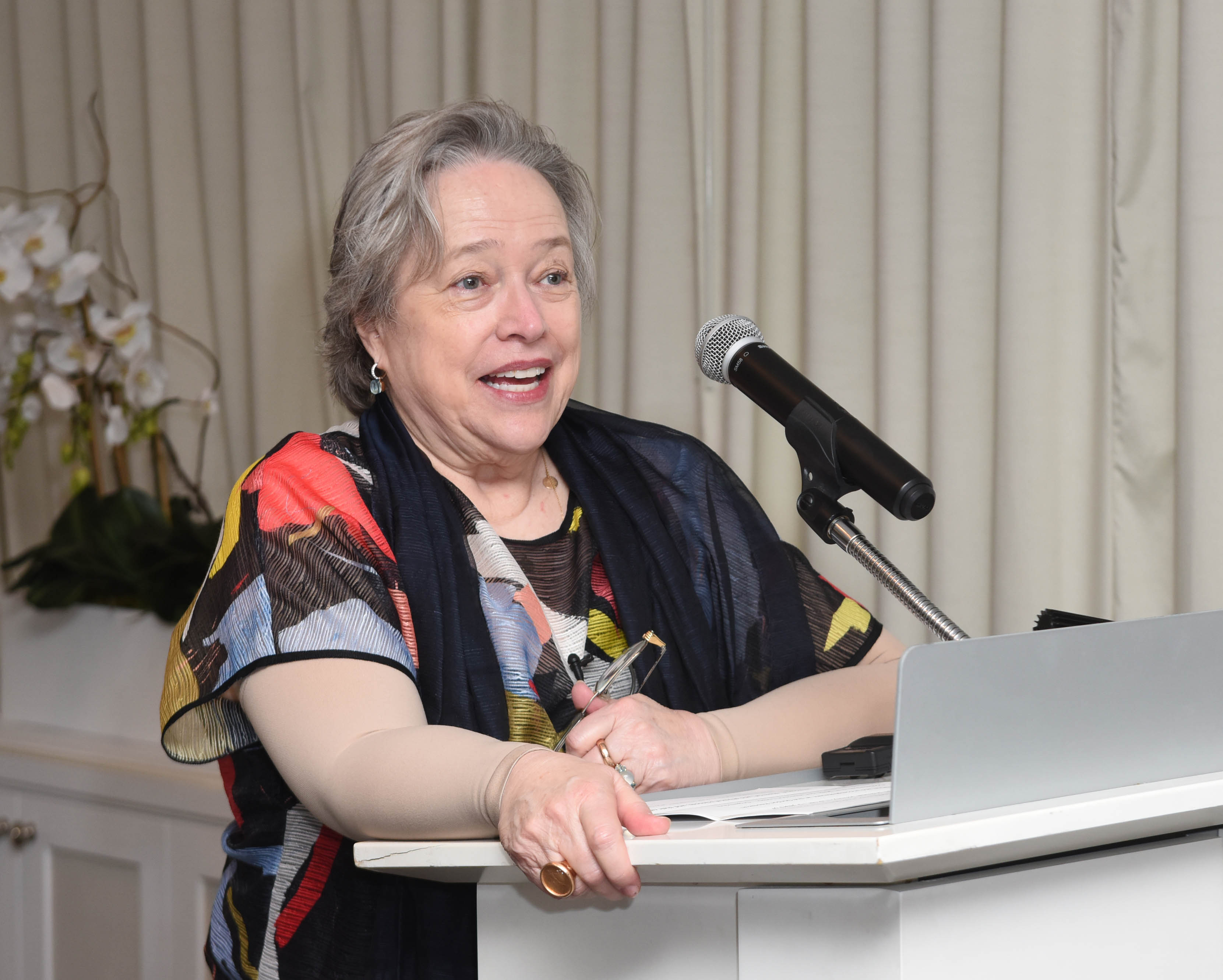 “My mother had had a radical mastectomy — they took everything — and her arm swelled terribly,’ Bates said. “She was always a very smart dresser and wore very nice clothes, and after the surgery, she couldn’t fit into them anymore. It was a real slide into her feeling ‘less than.’ And so I remember getting hysterical when, even in the hospital, I noticed strange pains in my hands and then discovered that my arms were swelling.”

The medical term for this type of swelling is lymphedema, and it’s still a struggle for Bates.

“Now I’ve lost quite a bit of weight, and that has helped considerably, but I still have to be careful,” she said. “I can’t have a lot of salt or alcohol, I have to stay out of the heat, and I’m not supposed to pick up heavy things.”

However, she wants to use her experience to educate people who may not be aware of this side effect — even including some in health care.

Bravo to her! Clearly, she is silent no longer.

NEXT: See celebrities who are cancer survivors below.