There’s no doubt that Prince William and Kate Middleton are quite smitten with one another, but photographic evidence shows that couple in fact never holds hands in public!

Body language expert Robin Kermode recently revealed to DailyMail.co.uk the reasoning behind their lack of PDA–citing Queen Elizabeth as a major influencer.

“The Queen rarely holds hands with her husband in public, and this seems to have set an unwritten precedent for the other royals,” said Kermode. 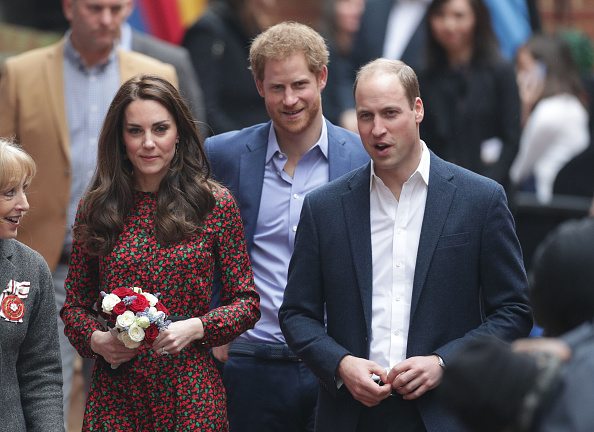 In fact, this explanation comes as no surprise. Whether Duchess Kate and Queen Elizabeth have been spotted spending quality time together with Prince George or amiably chatting at public events, it’s apparent that the two women are quite close. Certainly, Duchess Kate takes the Queen’s advice to heart.

Although Prince William and his wife rarely engage in physical touch outside the comfort of their home, Kermode points to other signs that prove the couple is happy.

‘It is very clear that William and Kate are emotionally close,” Kermode said. “However, they do not seem to feel the need to prove their love–particularly when on official state business. They come across as a strong, independent couple and while they are always on show, they do not feel the need to ‘show’ their love for each other to the world.”

Kermode also observes that as Duchess Kate grows in confidence in the royal sphere, the less dependent she is on her husband–hence less hand-holding.

According to Kermode, obvious handholding may even be a BAD sign among prominent couples. The expert further explained that this public display is often used as a tactic to show that “everything is fine” while there is turmoil behind the scenes.

So while there may be no pubic hand-holding for Duchess Kate and her hubby Prince William, surely the royal couple has nothing to prove!

See Kate Middleton’s style before she was married in the video below.

Next: See Kate Middleton and Prince William’s Cutest Moments Through the Years!