Early in 2017, Days of Our Lives star Nadia Bjorlin (Chloe) announced that she was pregnant with her second child, and on September 1, 2017, she gave birth to her second son with husband Grant Turnbull, who they named Viggo Sebastian! He weighed 9 lbs., 8 oz. and was 22 inches long. “Seven years today since I moved to America,” Turnbull posted to Instagram with a photo of his wife and their newborn. “What a way to celebrate with my wife. What a rockstar you are, my love. Welcome to the world Viggo Sebastian Turnbull.”

7 years today since I moved to America. What a way to celebrate with my wife. What a rockstar you are my love. Welcome to the world. Viggo Sebastian Turnbull. @nadiabjorlin #theviggo

And on his one-week birthday, Bjorlin posted a better look at little Viggo to her Instagram page echoing her husband’s “welcome to the world” sentiment. Just look at his tiny little hands — he looks like he’s itching for a fight!

The proud pop shared a series of photos of Viggo safely at home to his own Instagram page, as well as some with new big brother Torin, who celebrated his first birthday back in May. You can scroll through them by clicking on the arrows on the photo below.

Viggo was a little late coming into the world, and Bjorlin had been joking on Twitter about how people were asking her if she was having twins because she was getting so big. But she didn’t let the teasing bother her, and she happily showed off her beautiful baby bump at events. Back in May, the actress was looking radiant and beautiful at the event where DAYS co-creator and producer Ken Corday was honored with a star on the Hollywood Walk of Fame. 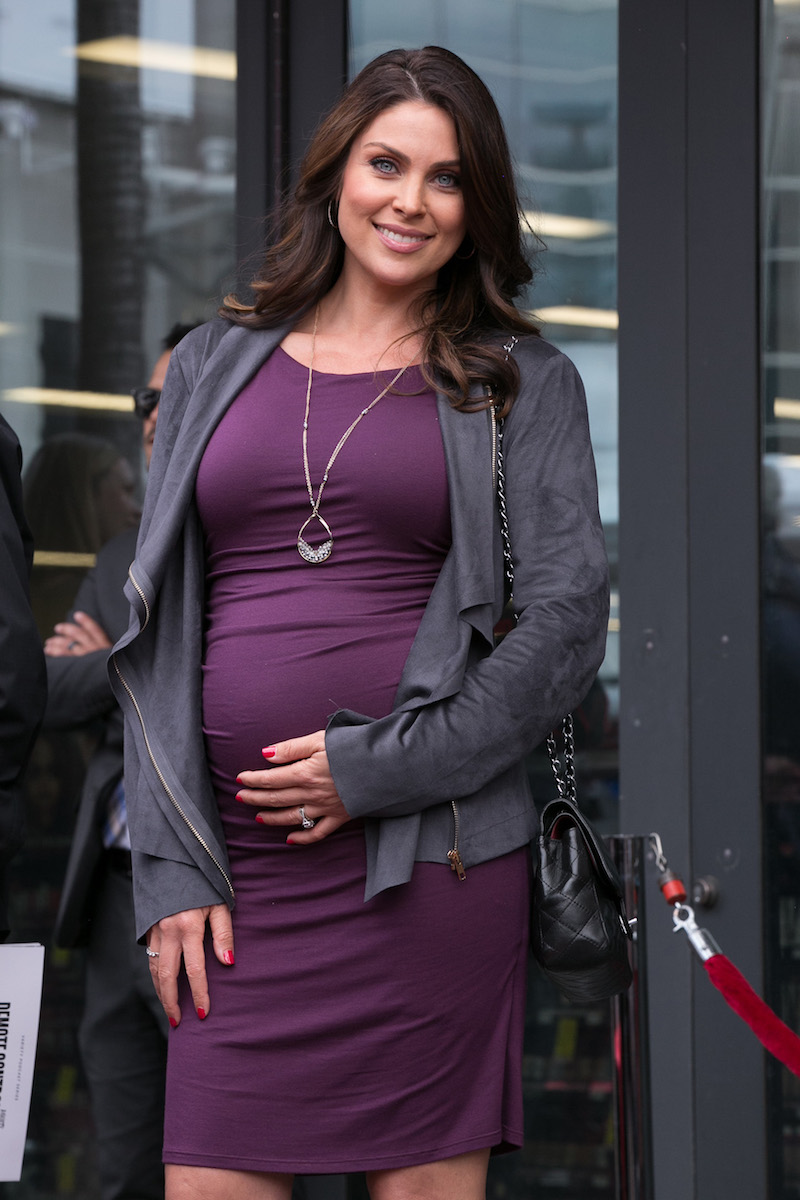 In March, Bjorlin revealed the news of her new pregnancy on Instagram with an adorable photo of her 15-month-old son, Torin, wearing a “World’s Greatest Brother” shirt. “Torin the Chief excited about his upcoming role of big brother,” she wrote. “Baby Bull #2 debuting August 2017!”

Bjorlin and her husband, Grant Turnbull, were married on May 15, 2015, and Torin was born nearly a year later on May 4, 2016. While in her third trimester, Bjorlin was more than ready to welcome her baby into the world. “I watched my kid eat dog food off the floor this morning, but I’m too tired to care,” she tweeted back in July. “Happy Friday!”

Bjorlin returned to DAYS full-time in June of 2016, while still pregnant with Torin, but her maternity leave didn’t impact Chloe’s story too dramatically. And it looks like the same will hold true for this pregnancy, which the soap is not writing in. “That’s why I’m desperately clutching large handbags on the show!” she joked on Twitter.

This article originally appeared on our sister site, CBS Soaps in Depth.

We expect “Baby Bull #2” to be just as beautiful as Torin — you can see just how much Viggo looks like his big brother in the family photo gallery below!