Nicole Kidman is set to star in HBO’s new show Big Little Lies, a series about “the tale of three mothers of first graders, whose apparently perfect lives unravel to the point of murder.” Kidman stars alongside other familiar faces including Reese Witherspoon, Laura Dern, ad Adam Scott. But it looks like Kidman had a little secret herself when it came to her connection with co-star Zoe Kravitz.

Kravitz is the daughter of rocker Lenny Kravitz and his first wife Lisa Bonet. And it turns out Kidman and Lenny Kravitz were engaged once upon a time!

“Well, I knew Zoe because I was engaged to her father,” Kidman let slip in an interview with The EDIT. “It’s all in the family!” she joked. 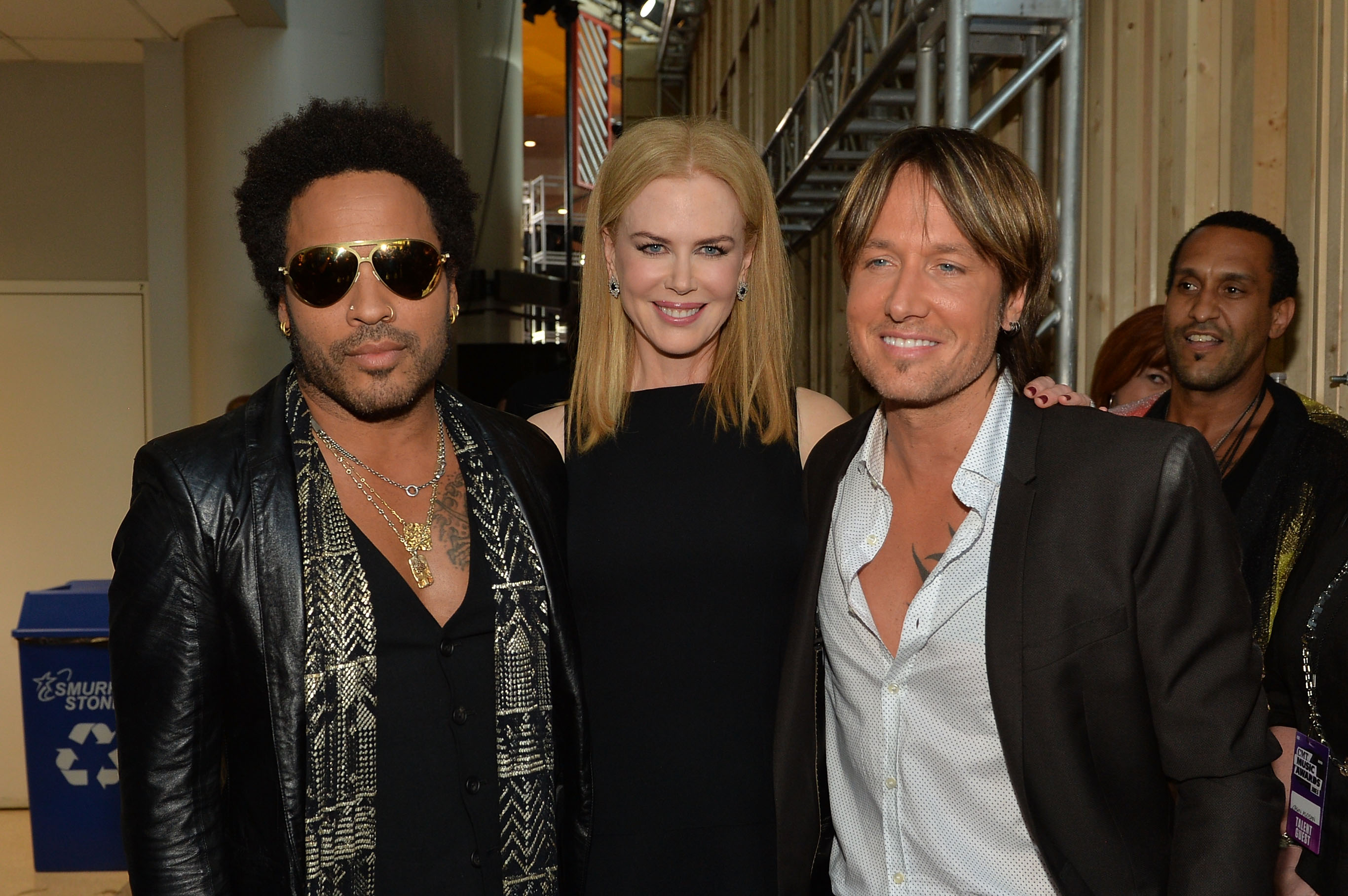 Kidman, 49, dated Kravitz in 2003, two years after she split from Tom Cruise. Apparently things didn’t work out between the two because Kidman married her current husband, Keith Urban, in 2006. She and Urban have two children together, plus her kids from her marriage to Cruise. Kravitz has never remarried since he and Bonet divorced in 1993.

Neither Kravitz nor Kidman have been talkative on the subject. In 2007, Kidman told Vanity Fair she was engaged to someone between her marriages to Cruise and Urban, but she didn’t name him. We now know that she was referring to Kravitz.

“It just wasn’t right,” she said, referring to her secret engagement. “I wasn’t ready. We weren’t ready.”

But it doesn’t look like their history has affected their friendship. Kidman, Urban, and Kravitz palled around backstage at the CMT Music Awards in 2013. As for Zoe, Kravitz’s daughter, she considers her almost-stepmother a “beast of an actress.”

“She’s so good that sometimes it was distracting,” Zoe told The EDIT. “After every take I wanted to just stop and say, ‘Wow.’”

This story makes us say, “Wow!”

NEXT: See the celebs with the longest-lasting marriages!