She recently spoke quite candidly about her love of tennis, and on July 3, Duchess Catherine transformed from royal to genuine fan as she attended day one of Wimbledon 2017.

Stepping out in a classic polka-dot Dolce & Gabbana frock, a white leather clutch tote by Victoria Beckham, a pair of black stilettos, and over-sized sunglasses, the 35-year-old chatted to the ball girls and boys before heading to the royal box to watch Andy Murray play Russian Alexander Bublik.

But it was Kate’s glam new hairstyle that had us mentally bookmarking the look for our next hair appointment. Looking to have trimmed a few solid inches off her bouncy brunette locks, the mother-of-two showed off a shorter ‘do with a fresh color. 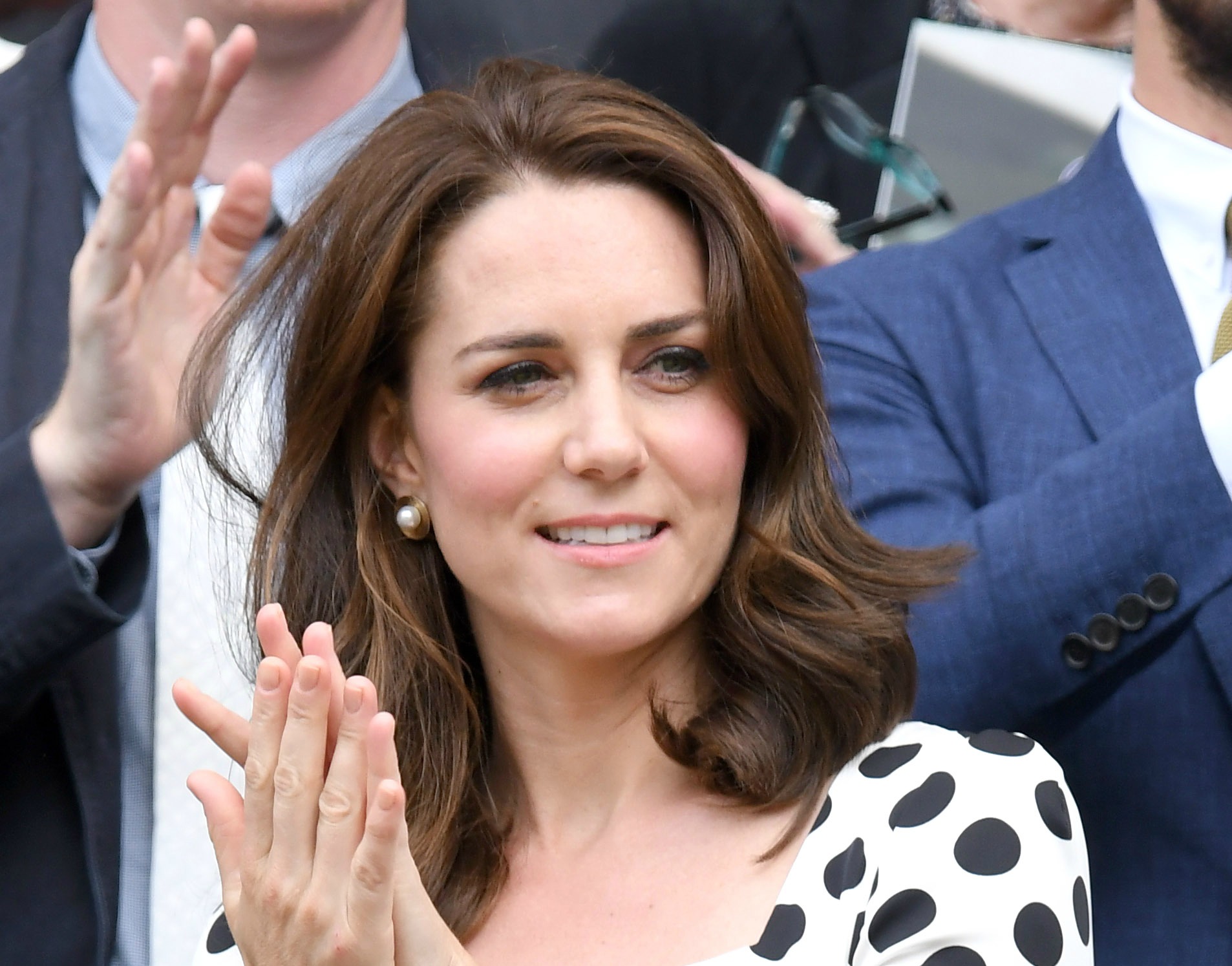 MUST-SEE: 12 of Kate Middleton’s Biggest Beauty Secrets You Need to Try for Yourself

Despite drizzle interrupting the game a few times, Catherine appeared in great spirits as she animatedly cheered on from her A-list seats.

This marks Kate’s first time attending the tournament as the patron of the All England Club and Croquet Club—which run the prestigious competition—having recently taken over the reigns of patronage on behalf of the Queen.

Check out Kate Middleton’s style before she was married.

Speaking on a BBC documentary about the tennis, Kate explained it was the soundtrack to her childhood: “Growing up, I obviously watched Wimbledon. It’s been very much part of my family,” she explained. “It’s such [a] quintessential part of the English summer, and I think it really inspired me, when I was younger, to get involved in the game.”

Adding: “It hasn’t changed either. I think that’s what’s so wonderful. You know, everyone’s still there in their whites; Wimbledon still looks as amazing as it did when I was a youngster. You’ve got the strawberries and cream. And every time Wimbledon is on, I’m there thinking, ‘Yes, I can do the same. Get that racket.’ Sadly [I] never, never [have] the same results.”

MUST-SEE: Kate Middleton Was in a Carriage When She Spotted a Countess So Distressed, She Leapt to Help

Well, one thing is for sure: With her lovely new ‘do, at least Kate will look good playing the sport!

This post was written by Bella Brennan. For more, check out our sister site Now To Love.

NEXT: See Kate’s most glamorous outfits ever!