The Kate Middleton diet has everyone curious and intrigued. Considering that the Duchess of Cambridge maintains an impressively fit physique at virtually all times, there’s little mystery why people want to find out what Kate Middleton eats. As one might expect, there’s not one magical Kate Middleton diet menu that you can browse like you would a list of restaurant offerings. Like most folks, her eating habits change quite a bit from time to time, based on what’s happening in her life at that moment. 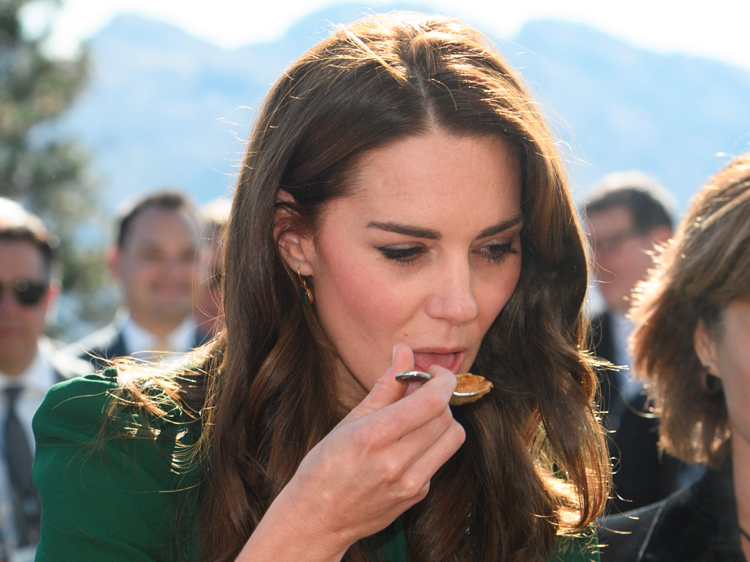 The Duchess has been said to be an incredibly disciplined eater who favors healthy food over junk. (Anyone surprised? Yeah, neither are we.) However, the specific type of healthy food she eats varies depending on what personal experience she’s going through at the moment — and what’s happening in the environment surrounding her.

Good news: We have the scoop on just about all the Middleton diet secrets. 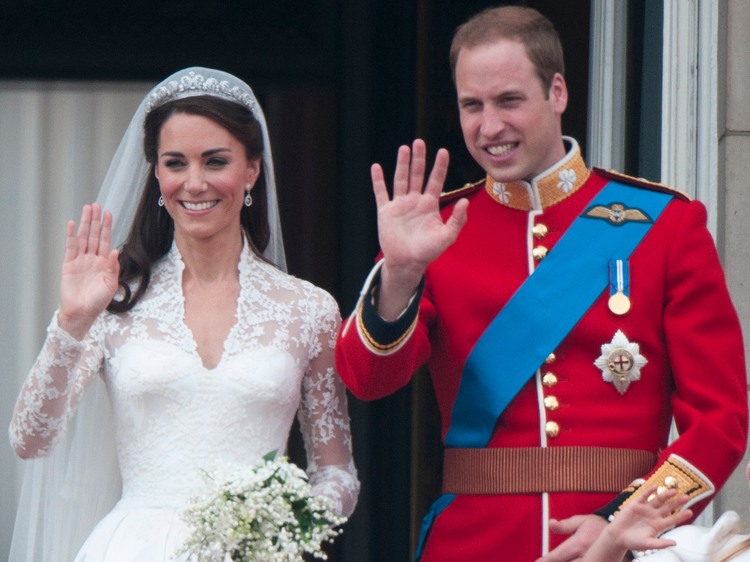 Like many brides, the Duchess wanted to look slim in her gorgeous gown on her big royal wedding day when she married Prince William back in 2011. Of course, with millions of people in the world tuning in to watch her get hitched, the stakes were considerably higher for her to look trim than the everyday woman. So how did Kate Middleton lose weight for her wedding? It’s not surprising that she reportedly opted for the Dukan diet leading up to the big day. The Dukan diet is a high-protein, low-carb French diet favored by many Hollywood celebs, like Jennifer Lopez. As you can imagine, it’s pretty hardcore.

The Dukan diet involves four stages: attack, cruise, consolidation, and stabilization. In the “attack” stage, you have to eat only protein — no fruits and not even vegetables — for four to six days. Next, in the “cruise” phase, you are allowed vegetables on some days. 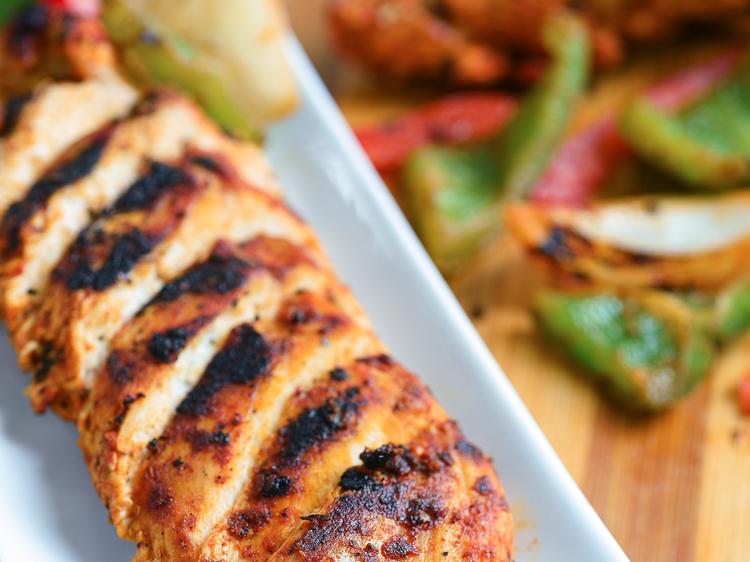 Then, the “consolidation” phase brings back some fruits, carbs, and cheese, along with two “celebratory” meals a week. How long phases two and three last depends on how much weight you want to lose. Then, for the rest of your life, you do “stabilization,” which requires doing the “attack” mode once a week.

(By the way, if this is sounding more like boot camp to you than a duchess diet, you’re definitely not alone!) 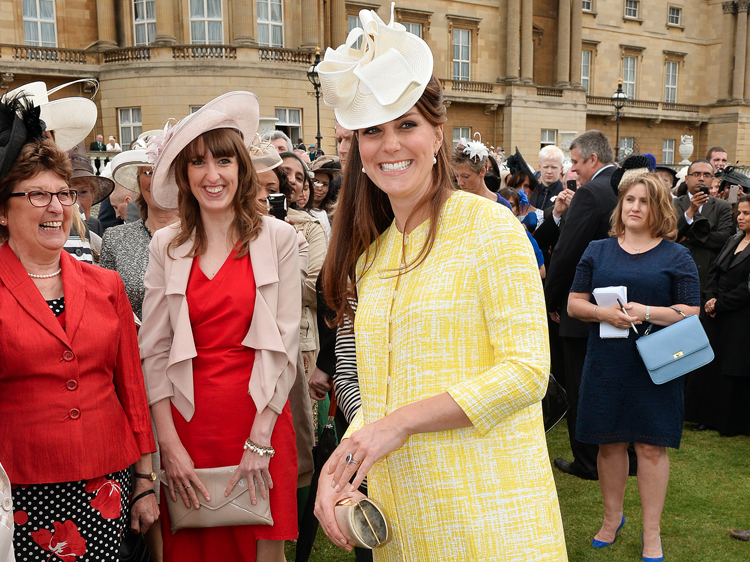 As many Kate Middleton fans know, the royal suffered from extreme morning sickness and food aversion while she was pregnant with her first two children, Prince George and Princess Charlotte. Sadly, the poor thing is now suffering from Hyperemesis Gravidarum — the scientific term for severe nausea, vomiting, weight loss, and electrolyte disturbance during pregnancy — once more with her third pregnancy. Thankfully for her, there was a tasty solution to her health issues available the first two times around. 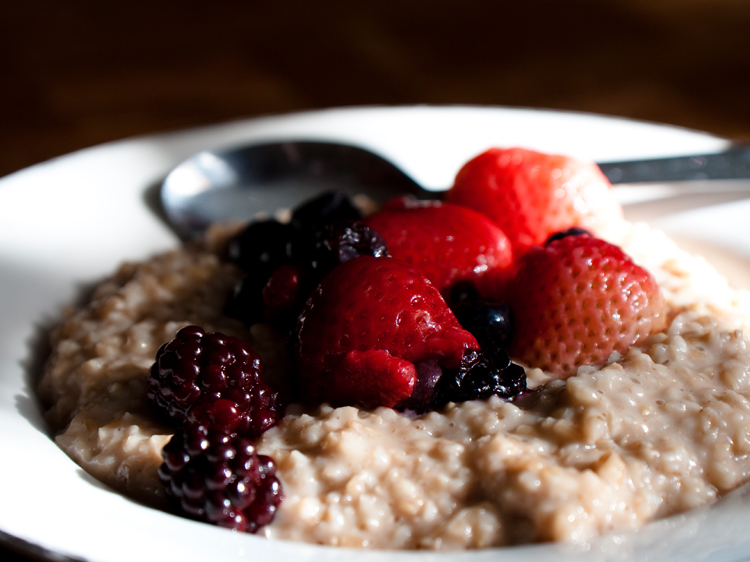 Sticking to a diet of hearty-yet-healthy foods like avocados, berries, and oatmeal helped Kate Middleton put on a sufficient amount of weight during her first two pregnancies, despite getting sick all the time.

No word yet on whether she’s eating the same exact foods during her third pregnancy, but it wouldn’t be shocking if she repeated the successful meal plans that worked for her before. But what we do know is that she’s trying something new — ginger — in order to combat her latest bout of morning sickness. Studies have shown that ginger is a safe and effective means of fighting nausea during pregnancy, so it’s not surprising that she gave this age-old remedy a go. We hope it’s given her a much-deserved helping hand! 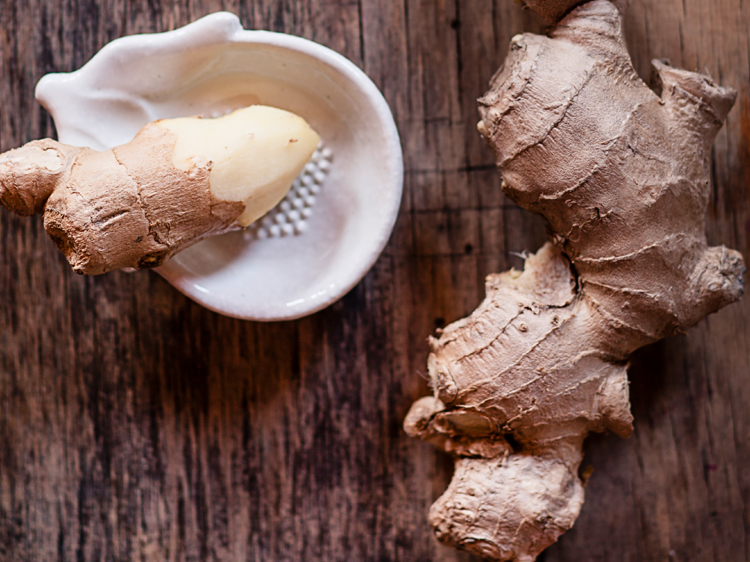 What does Kate Middleton eat to get gorgeous skin? 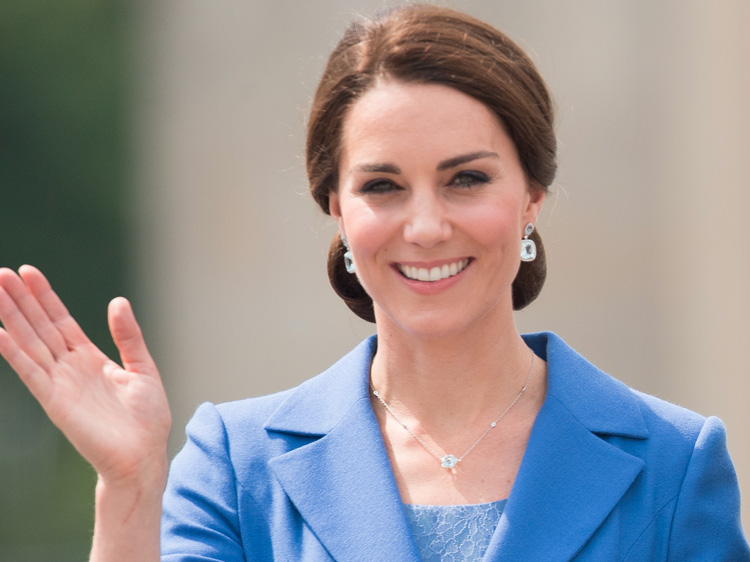 Even after Kate lost weight after giving birth to Prince George, she reportedly wanted to reap even more health benefits from her diet. She reportedly embarked on an ambitious regimen that involved eating only raw foods at least one day a week. 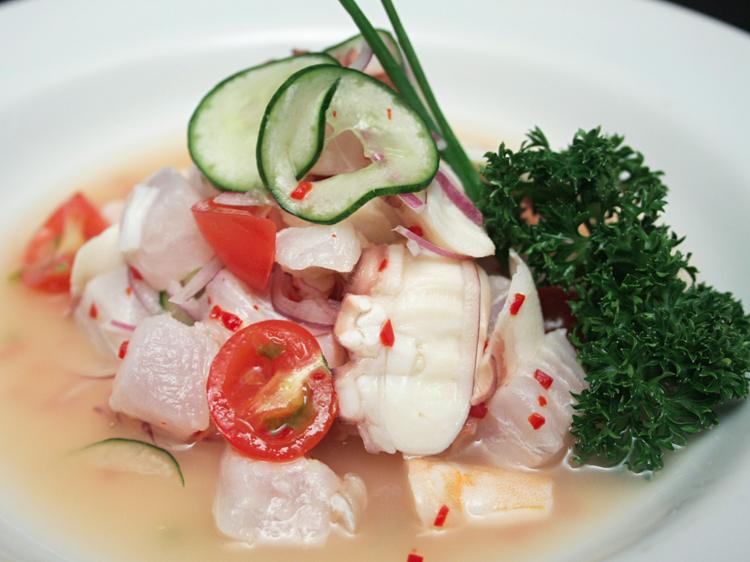 It includes the beloved Latin American dish ceviche, or raw fish, which is marinated generously in lemon or lime juice and spices. It also involves eating dishes like watermelon salads, gazpacho, goji berries, and tabbouleh. The idea behind this diet is to not only stay fit, but also to keep the skin looking clear and healthy, since raw food often contains higher levels of vitamins and nutrients than cooked foods do. Though this specific Kate Middleton diet wouldn’t be our first choice, we have to say that it sounds a lot more doable (and enjoyable) than the reported wedding and pregnancy diets.

What does Kate Middleton eat when she’s feeling adventurous? 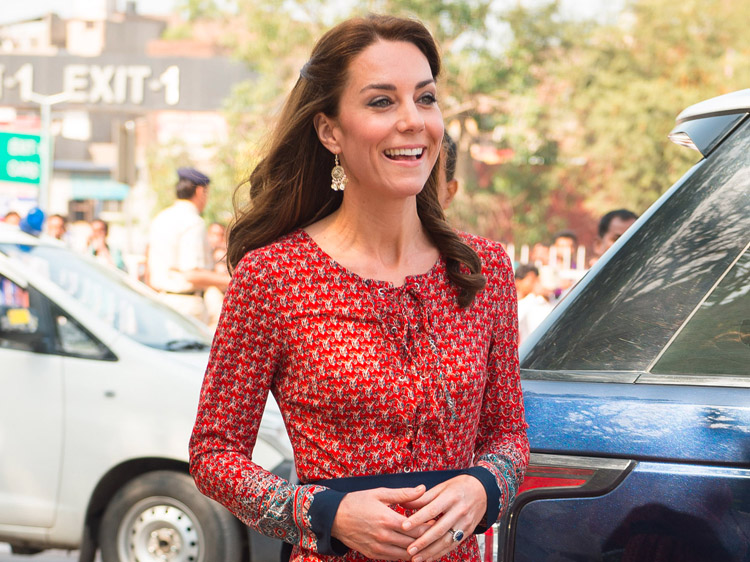 Just because she eats simple, healthy meals most of the time doesn’t mean Kate Middleton isn’t up for a challenge every now and then. Case in point: When she and Prince William visited a food and wine festival in British Columbia during their Canada Royal Tour in 2016, she bravely tried a “geoduck” — a giant clam with a crazy long neck. As evidenced by the photo below, this dish is not for the faint of heart. 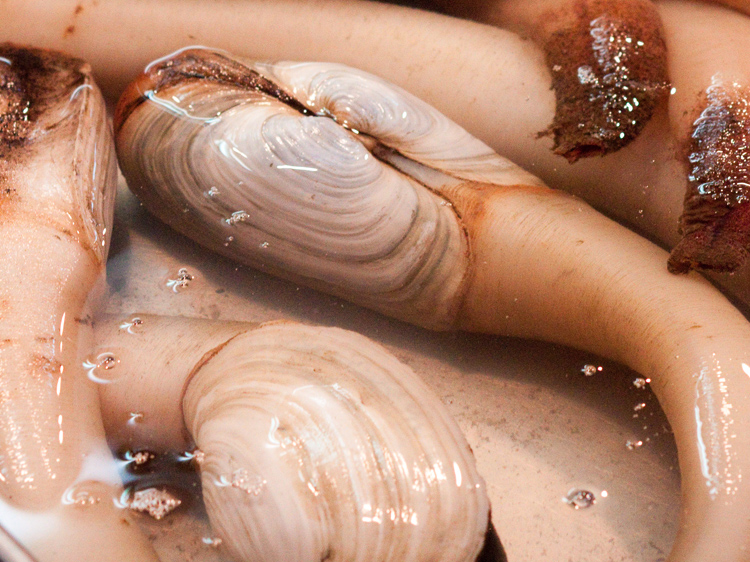 And to top it off? She also sampled a blackcurrant liqueur. Daring!

What does Kate Middleton eat in a day on a regular basis? 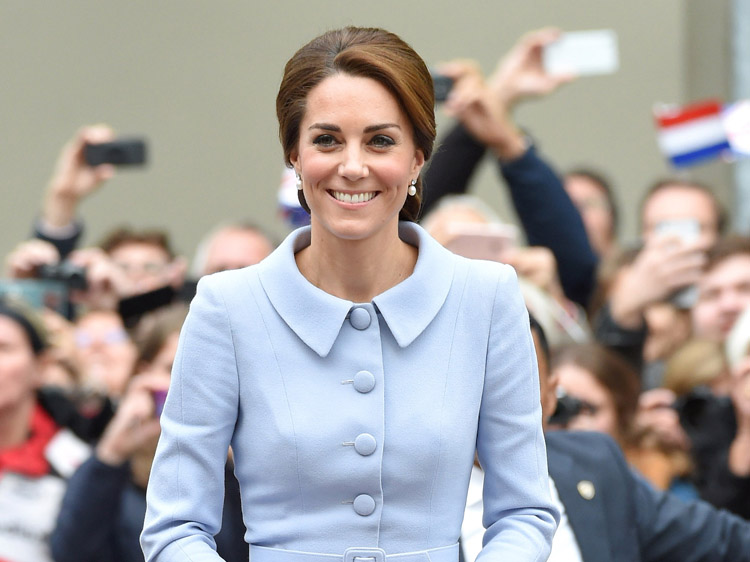 Other than sticking to her basic healthy choices of raw vegetables and fruits and lean sources of protein, the Duchess has also developed a love for cooking homemade meals over the years, particularly vegetable curries. 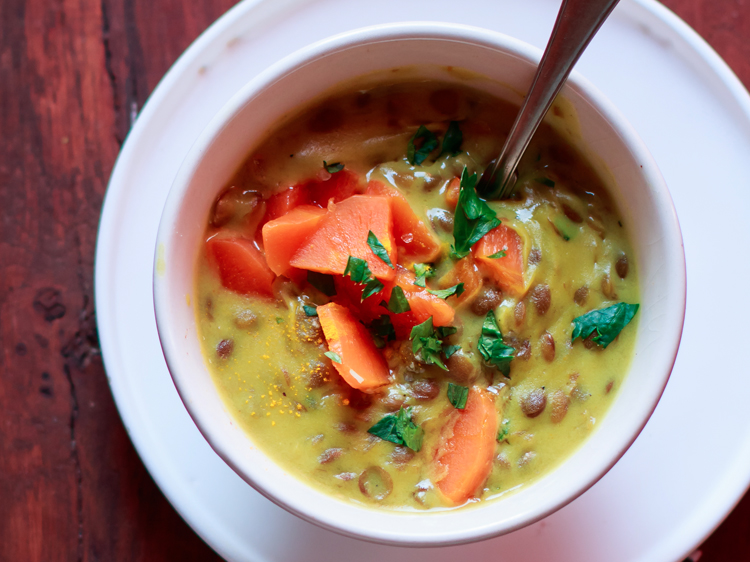 The best part about a Middleton home-cooked meal? When she’s visiting her family’s home, they all eat dinner together at the kitchen table, just like the good old days. Aww! 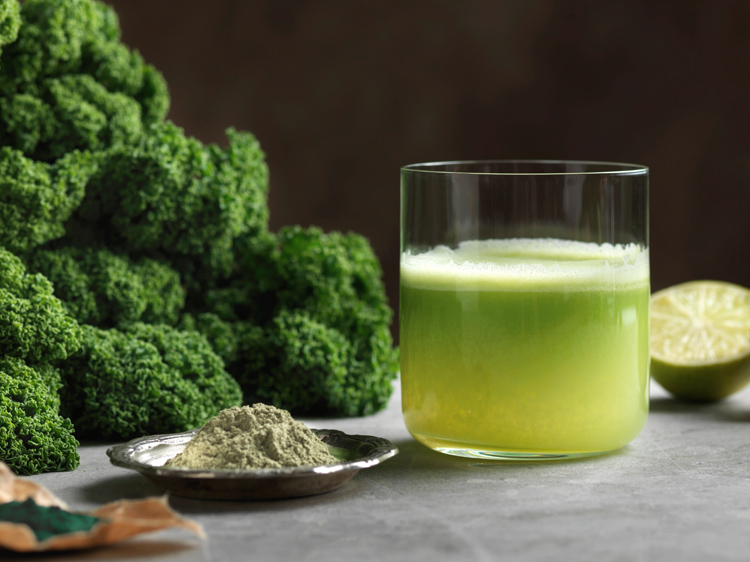 But when she’s making food for herself, she’s clearly all business — in the best way. According to Marie Claire UK, the Duchess enjoys mixing spirulina powder in her morning kale, spinach, lettuce, cilantro, and blueberry juice smoothies. Spirulina, which is a blue-green algae, adds a gold mine of health benefits and is chock-full of vitamins, minerals, proteins, and antioxidants. It’s known to boost the immune system, fight off infections, and protect against allergic reactions — wow!

What foods does Kate Middleton hate?

One café found out the hard way that the duchess is definitely not a fan of almond milk. In January 2018, she visited this café — which is run by a charity — with her husband, and had a very unexpected reaction when she was offered the beverage. “We put almond milk on the table because we had read that she had it,” said Kim Gardener, a former addict who now runs Betel UK’s women’s houses. Kate responded, “Don’t believe everything you read — I don’t even like almond milk.”

Yikes! Considering how rare it is for the royal to say something so unscripted like that, we’re guessing she really can’t stand it.

Does Kate Middleton eat indulgent or sweet food… ever? 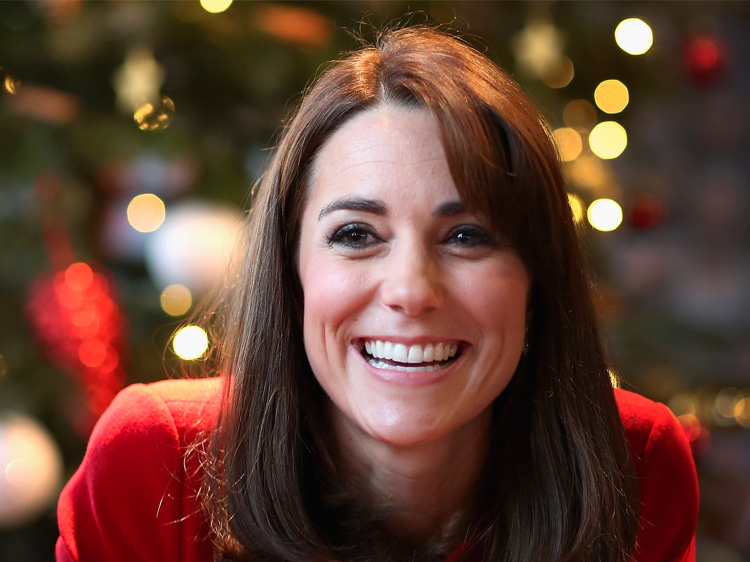 Now here’s the part where things finally get fun! During the holiday season, especially Christmas, the Duchess lets just a bit loose with the epic royal feast. On the menu? Roasted turkey, ham, parsnips, mashed potatoes, and Brussels sprouts. Yum! 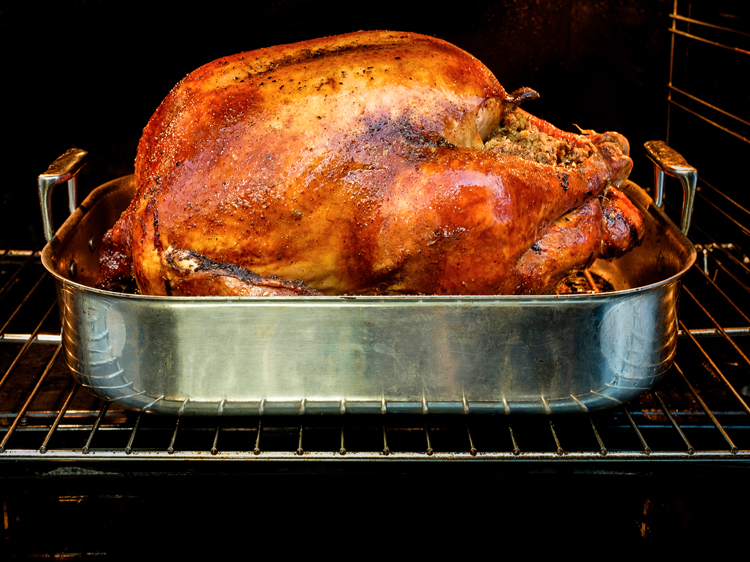 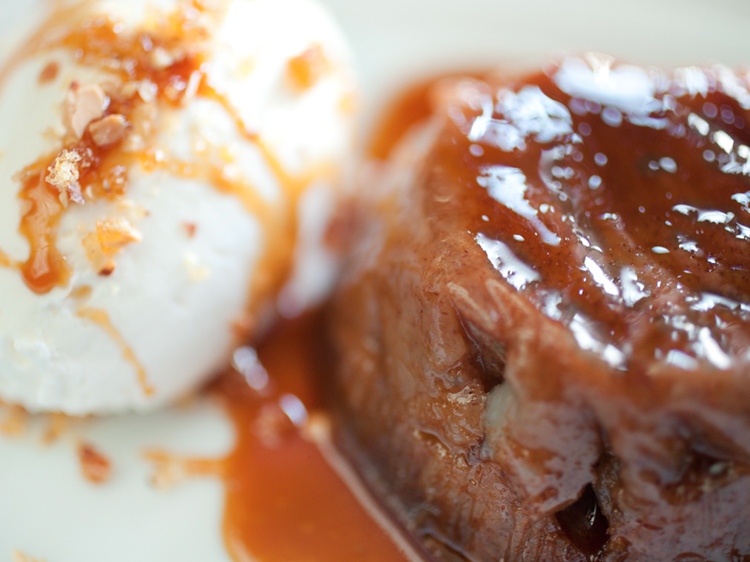 Now, this is a woman with good taste — literally!