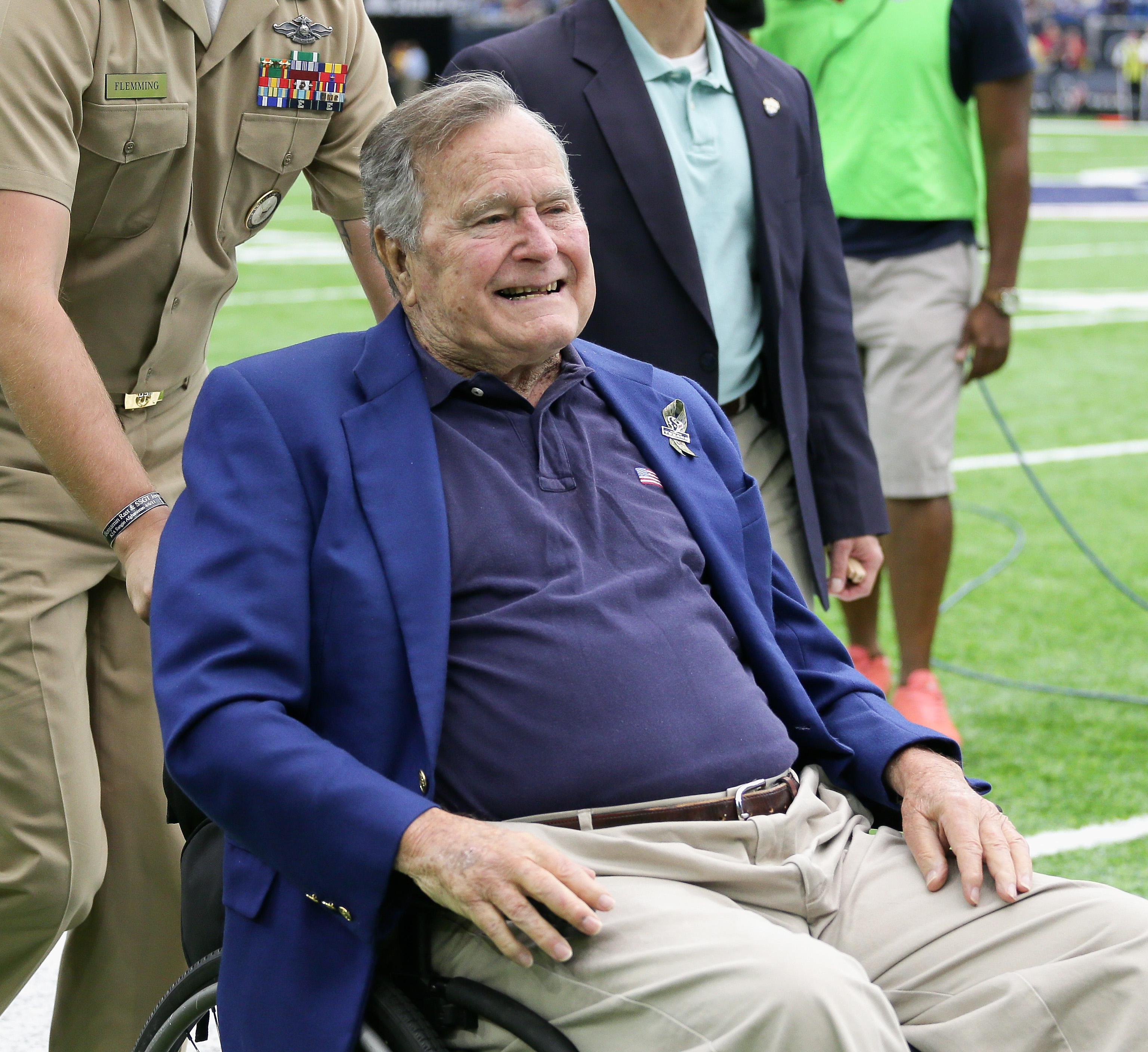 UPDATE (1/31) — Amazing news for George H.W. Bush and his whole family. After battling pneumonia and breathing difficulties in the hospital for more than two weeks, the former president has finally been discharged. The 92-year-old is “thankful for the many prayers and kind wishes he received during his stay,” according to his spokesman.

Birthday Selfie with the greatest Gampy on his 91st!

UPDATE (1/24) — So sweet! Jenna Bush Hager just shared a photo on Instagram of her grandparents, George H.W. and Barbara Bush, with a heartwarming message.

She captioned the snapshot: “The power of LOVE in a picture. Their doctor said their love helps them heal. Thanks for you thoughts. #morelovelesshate”

The power of LOVE in a picture. Their doctor said their love helps them heal. Thanks for you thoughts. #morelovelesshate

The former first lady was recently discharged from the hospital after being treated for bronchitis. Despite her clean bill of health, she returned to the hospital to be with her husband.

George H.W. Bush had his breathing tube removed last week and is now well enough to sit up and watch TV.

UPDATE (1/20) — Finally some encouraging news for George H.W. Bush. His son George W. Bush posted a positive update on both his parents on Instagram. Below a touching image of the 43rd president with his mom and dad, he wrote in a caption, “Your prayers are working: 41 and Mom are doing much better today and fighting on. Thanks for your messages of love and support for Mother and Dad.”

On top of that, a family spokesman said the 41st president remains in “stable” condition. “His medical team is actively evaluating him for extubation, and we are hopeful he will be discharged from the ICU in a few days,” the spokesman said in a statement. As for his wife Barbara, she reported feeling “1,000% better” after medication and some good rest.

Sending more prayers for both for a speedy (and complete) recovery!

Your prayers are working: 41 and Mom are doing much better today and fighting on. Thanks for your messages of love and support for Mother and Dad. @Laurawbush and I look forward to representing them at the Inauguration tomorrow while they continue to recover in Houston.

George H.W. Bush remains at Houston Methodist hospital due to an “acute respiratory problem stemming from pneumonia”, spokesman Jim McGrath revealed in a new statement. “Doctors performed a procedure to protect and clear his airway that required sedation,” but “President Bush is stable and resting comfortably in the ICU, where he will remain for observation.”

But now George W. Bush’s mother and George H.W.’s wife, Barbara, has been admitted to the hospital “as a precaution after experiencing fatigue and coughing,” said McGrath.

(1/18) 10:30 a.m. — We’re wishing former President George H.W. Bush a speedy recovery! The 92-year-old is currently recovering in a Houston Hospital after suffering from “shortness of breath.”

MUST-SEE: When Jenna Bush Hager Was Asked If She’s Pregnant, She Had the Best Reply

Fortunately, the 41st president is in stable condition, he “has responded very well to treatments,” said his spokesman, Jim McGrath. “Doctors and everyone are very pleased, and we hope to have him out soon.”

The elder Bush is currently the second-oldest living former president behind only Jimmy Carter. Over the past few years, he has suffered from a series of health conditions.

In 2012, a bronchitis-related cough kept him at a hospital for two months. In 2014, had similar breathing problems. Two year ago, he fell while on vacation in Kennebunkport, MA, and fractured his neckline.

Bush suffers from a form of Parkinson’s Disease.

NEXT: See the entire Bush family!