Kids these days are obsessed with the Elf on the Shelf, and if you don’t have young kids in your life who can explain it to you, allow us: These elves work for Santa Claus, visiting children every night between Thanksgiving and Christmas Eve and reporting back to Santa on who’s being naughty (and who isn’t). The kicker? Every night the elf hides in a new spot, and kids have to find him each morning, so it’s like an entire month-long game of hide and seek that the little ones just love.

There’s one other big rule: You can’t touch the elves, or they lose their magic and aren’t welcomed back to the North Pole by Santa. One substitute teacher found that out the hard way, as she reported on Reddit in a hilarious post that’s now going viral.

“If you are anything like me, you have seen elf on the shelf in stores, but you have never read the book yourself. I covered for a first grade class the other day — 20 beaming happy six-year-olds excited to start the day and see where their elf was in the morning,” wrote the Reddit user Usutsich.

But soon as the teacher sat down at her desk, their classroom elf fell to the floor, so the well-meaning teacher picked him right up and dusted him off. 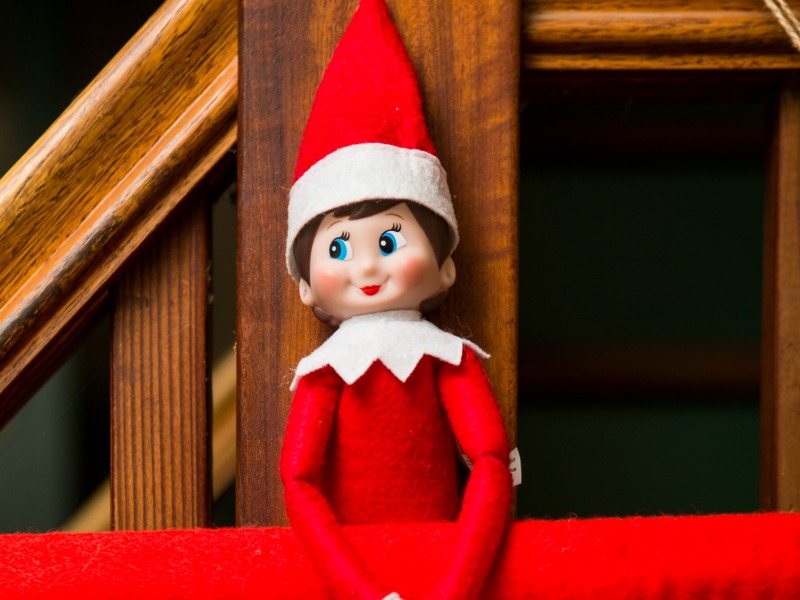 “The kids screamed as I picked up the elf,” she wrote. “‘YOU KILLED HIM! TOUCHING HIM TAKES AWAY HIS MAGIC! NOW HE WILL NEVER MOVE AGAIN! HES DEAD!’ Another child sobbed. I had no idea what they were talking about,” she wrote.

As she tried to reason with the kids, Ms. Usutsich tried to sell them on a plan: They’d write the elf a note and ask if he’s okay.

“If he replies and moves, he is still magical. I told her, write a note that says, ‘Are you still magical, circle YES or NO.'”

MUST-READ: 12 Kids Whose Messed-Up Hair Will Make You Glad You’re Not That Child’s Mother

The child did as she was asked, and as the kids left the room for an activity, the teacher quickly circled “yes” on their note. Problem solved, right?

“My kids return and joyfully run over to the elf. Then I hear another scream. A child starts crying. I asked them what was wrong. The elf circled yes. The elf is still magical.”

What could be wrong? Ms. Usutsich finished her post with the explanation.

“Then I looked down at the note: ‘Did you lose your magic? Love, Sally.'”

HAHA! Guess her brilliant plan backfired. We can’t blame her for trying!

NEXT: Here are 12 strange, creepy things you never knew about your favorite holiday movies!