Fans everywhere are concerned about British rocker Eric Clapton. Health concerns were raised after photos appeared of Clapton looking frail during a recent trip to the airport, unsettling fans and sparking rumors about his well-being.

The 71-year-old was transported through LAX airport in a wheelchair while holding his teenage daughter’s hand. The usually dapper dresser looked gaunt in a pair of baggy sweatpants, a baseball cap, and a puffer vest. However, he looked to be in good spirits, smiling and shaking hands with airport staff

But this isn’t Clapton’s first health scare. Recently, the “Layla” singer canceled two concerts in Los Angeles on his doctor’s orders after he contracted a severe case of bronchitis. And after beating alcoholism and substance addiction, he was thrown another curveball. The “Tears in Heaven” guitarist revealed in 2016 that he was suffering from peripheral neuropathy, a condition that affects a person’s nervous system and can cause pain, numbness, and weakness in the hands and feet.

“You feel like you have electric shocks going down your leg,” he told Classic Rock Magazine.

The condition can affect muscle coordination, making it harder for someone like Clapton to play the guitar. For the legendary performer, such difficulties can be emotionally debilitating. He has previous said that he must “come to terms” with his condition. Clapton has been playing guitar since his early teen years, making his mark as a member of several iconic ’60s and ’70s rock bands like the Yardbirds, Cream, and Derek and the Dominoes. In 2000, he was inducted into the Rock and Roll Hall of Fame as a solo artist. 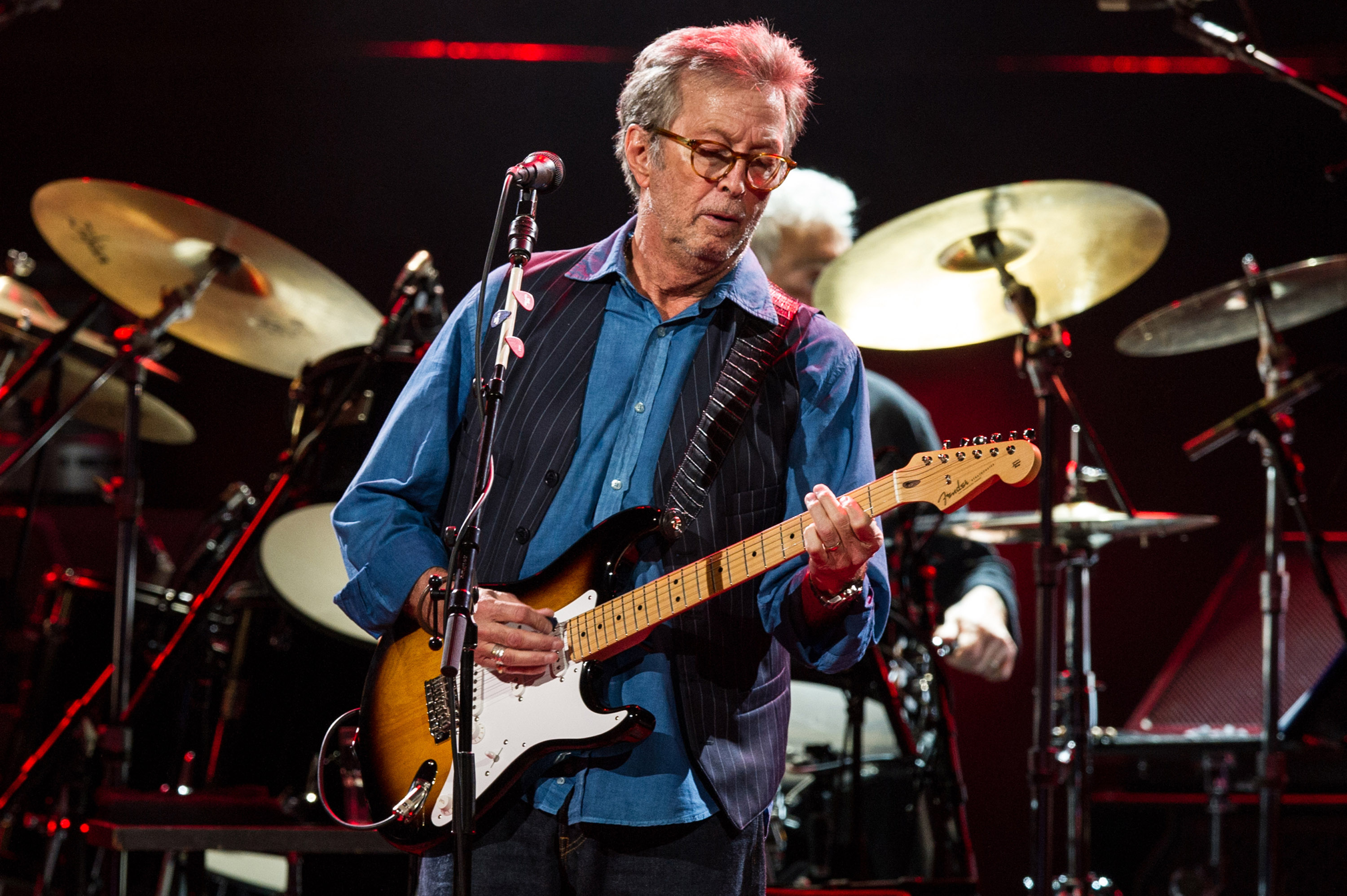 But he has the support of his family. After his first marriage to and subsequent divorce from Pattie Boyd in 1988, and Erica Clapton’s son‘s tragic death in 1991, Eric Clapton married Melia McEnery in 2002. He and McEnery have three daughters: Julie Rose Clapton (born 2001), Ella May Clapton (born 2003), and Sophie Bell Clapton (born 2005).

We’re keeping Eric Clapton and his entire family in our thoughts and prayers. Get well soon!

NEXT: See what your favorite music heartthrobs look like today!