Clare, 44, suffered from itching and burning for a decade and was given various treatments for thrush and cystitis. But it wasn’t until she was left unable to sit down after an agonizing tear turned into an ulcer and was diagnosed with herpes that she finally put her foot down and went to see another doctor — who immediately sent her for a cancer test.

Clare, from Erith in Kent, England, is simply furious that her condition was allowed to worsen: “I’m very angry it was missed for so long. If it had been caught five years ago, it might not have turned into cancer — there’s only a five percent chance of that happening.”

“I’m more shocked than angry that the doctors didn’t know about it; they were actually asking me questions about it because I knew more than them.”

“Now my GP [general practioner] will know what it is if anyone has similar symptoms, but unless a doctor has seen it, people like me will keep slipping through the net.”

“I was told it was cystitis. I got fed up with being told the same things. I had the same symptoms: itching and burning. I was told it could be earlier menopause.”

“I had never heard of vulval cancer, and the GPs are not spotting the symptoms. A lot of people have the same thing and they’re told it’s thrush or herpes.”

Clare added that constantly having to go back and forth with doctors paired with the lack of results made her give up.

But after the tear became worse, she went to see a different GP who sent her straight away to be tested for cancer.

The results showed that she had Lichen sclerosus — a long-term skin condition that mainly affects the skin of the genitals, according to the National Health Service (NHS), Britain’s healthcare system.

Clare added: “Eventually a couple of years ago, I noticed a tear in the same area that happens when you have a baby — I just thought it would heal.”

“It was quite painful to sit down, and in January 2016 it had become an ulcer-type thing.”

“It was in March I went back to the doctors. I saw a woman I hadn’t seen before; she examined me and thought it was herpes. I have been with my partner Matthew for 26 years, so it obviously wasn’t that.”

“But then she said it could be vulval cancer. I’m glad now that I saw her; someone else might have missed it. I was urgently referred to hospital, and I was told I had vulval cancer.”

Clare’s condition caused the cancer to develop, but if she’d been diagnosed earlier, she may have avoided the trauma of having cancer and going through the necessary treatment to fight it — including radiotherapy, which has now brought on early menopause for Clare.

She underwent surgery to remove a tumor and spent New Year’s Eve 2016 in a hospital after her lymph nodes began to swell. 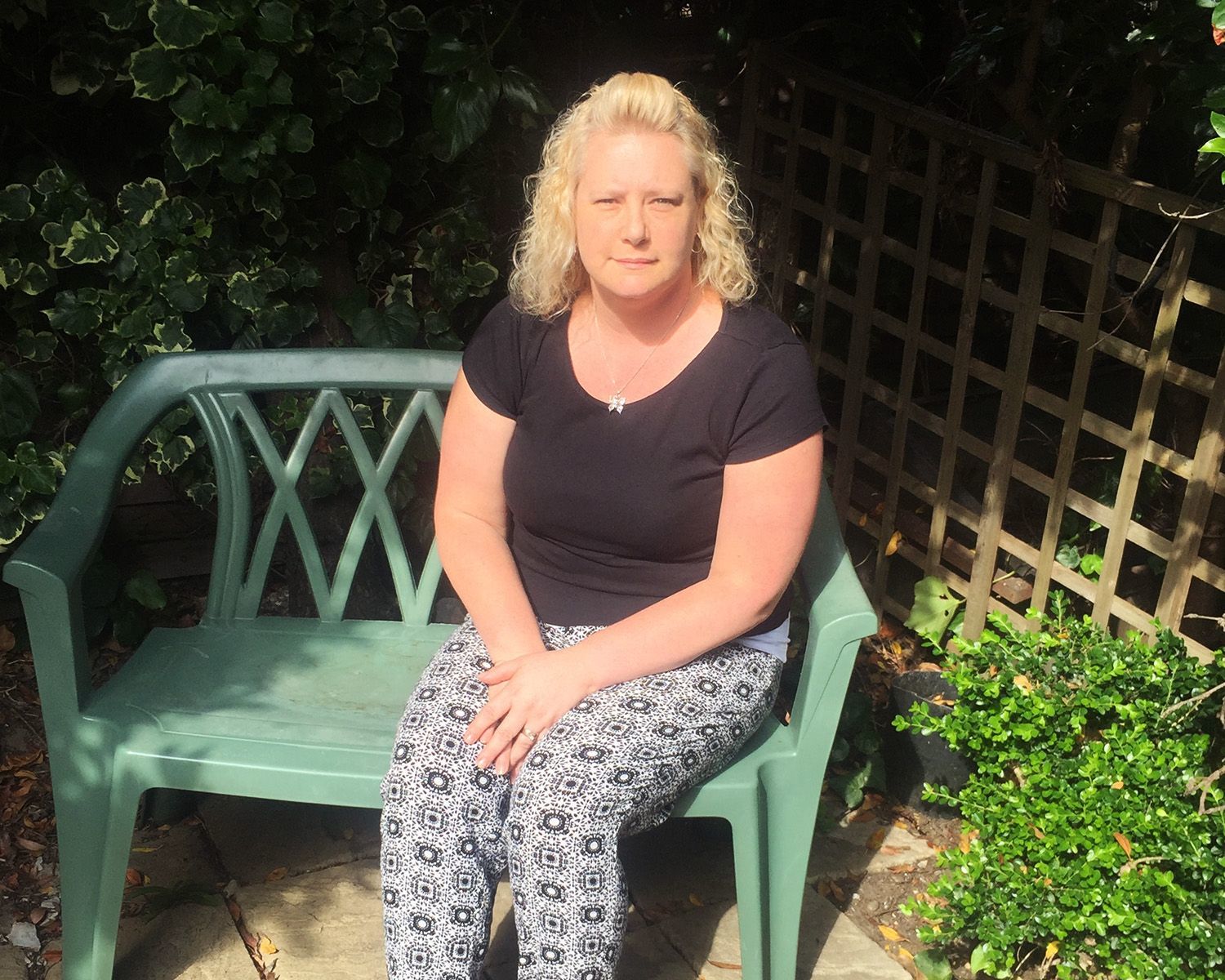 Sarah suffered with her symptoms from being a teenager. (Credit: SWNS)

She was diagnosed with cellulitis, an infection of the deeper layers of skin and the underlying tissue — it can be serious if not treated promptly, according to the NHS.

Thankfully, Clare was given the all clear earlier this year, and she is now working to raise awareness of the cancer.

She said: “Just don’t be embarrassed. Go to the doctors and question why you are having to go back and forth.”

“My condition goes back years, and I easily went 10 times. They should have noticed there was a difference between my symptoms and thrush or cystitis.”

“As soon as I saw my surgeon, who is a dermatologist and gynecologist, he spotted it straight away, but the doctors and nurses obviously didn’t realize.”

“It’s not just affecting older people either; it’s usually women between 70 and 90 but a lot more younger people are getting it now. I’ve not missed a smear, they came back clear, so it is important to keep going and questioning them.”

“It was hard for me to tell my story. It is personal, but if I can help just one person it will have been worth it.”

She is now working with the Eve Appeal, the only U.K. national charity raising awareness and funding research into gynecological cancers.

This post was written by Emma Dodds. For more, check out our sister site Closer.