So handsome! Will Reeve, one of the sons of late Superman star Christopher Reeve and late actress Dana Reeve, stepped out in New York City on Thursday, November. 16 — and we can’t get over how much Will looks like his famous dad in the new pics! The 25-year-old walked the red carpet and made a speech at the annual Christopher and Dana Reeve Foundation fundraising gala which, of course, honors his parents. Watch the video below to see the new pics of Will!

Will was just 12 years old when his father, Christopher, tragically died from sepsis at age 52 in October 2004. Several years earlier, the actor became a quadriplegic after being thrown from a horse during an equestrian competition in 1995. Following his injury, Christopher founded the Christopher Reeve Paralysis Foundation to support research and treatment for spinal cord injuries. After Will’s mother, Dana, passed away from lung cancer in March 2006 at age 44, the organization was renamed the Christopher and Dana Reeve Foundation.

This year’s charity gala was attended by stars Jerry O’Connell and Glenn Close. Will was also joined by his older half-brother, Matthew Reeve, 37. Matthew and his sister, Alexandra Reeve Givens, 33, are Christopher’s children from a previous relationship with Gae Exton. During a recent exclusive interview with Closer Weekly, Will opened up about his late dad and revealed the big-screen hero didn’t let paralysis prevent him from being a great parent. 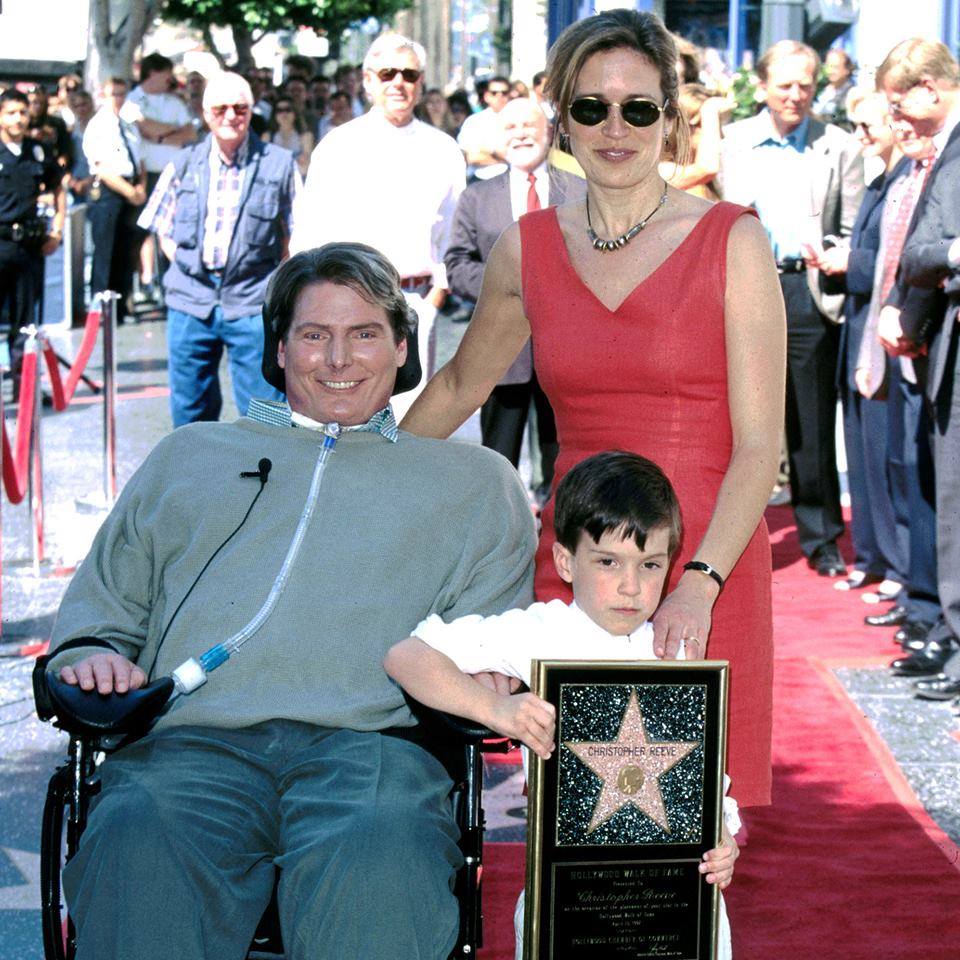 Christopher, Dana, and Will Reeve in 1997. (Photo Credit: Getty Images)

“He taught me how to ride a bike, just by telling me. He couldn’t physically help me ride a bike because he was in a wheelchair, but that didn’t stop him and me from having one of the quintessential father-son experiences. He told me to put my trust in him. I did, and I succeeded,” Will told Closer. Today, Christopher’s three children continue to honor his legacy. In 2015, Alexandra and her husband, Garren Givens, welcomed their first child and named the baby Christopher Russel Reeve Givens after her late father.