When her husband was told grains, dairy, processed foods, and refined sugars were out of the question after being diagnosed with a stomach condition, Julie Fox committed to the paleo lifestyle along with him. She immediately began making nut-based snacks, like cashew butters, almond butters, and grain-free granolas to help him heal — and her treats were so delicious, she turned them into her own company: Julie’s Real. Even those who aren’t on a paleo diet love her products and recipes — like this Blueberry Banana Mug Cake, which can be cooked right in the microwave and is full of nutty goodness. A mug cake made with coconut flour, fresh blueberries, a pinch of cinnamon, and maple syrup, this two-minute dessert is a busy mom’s dream come true! 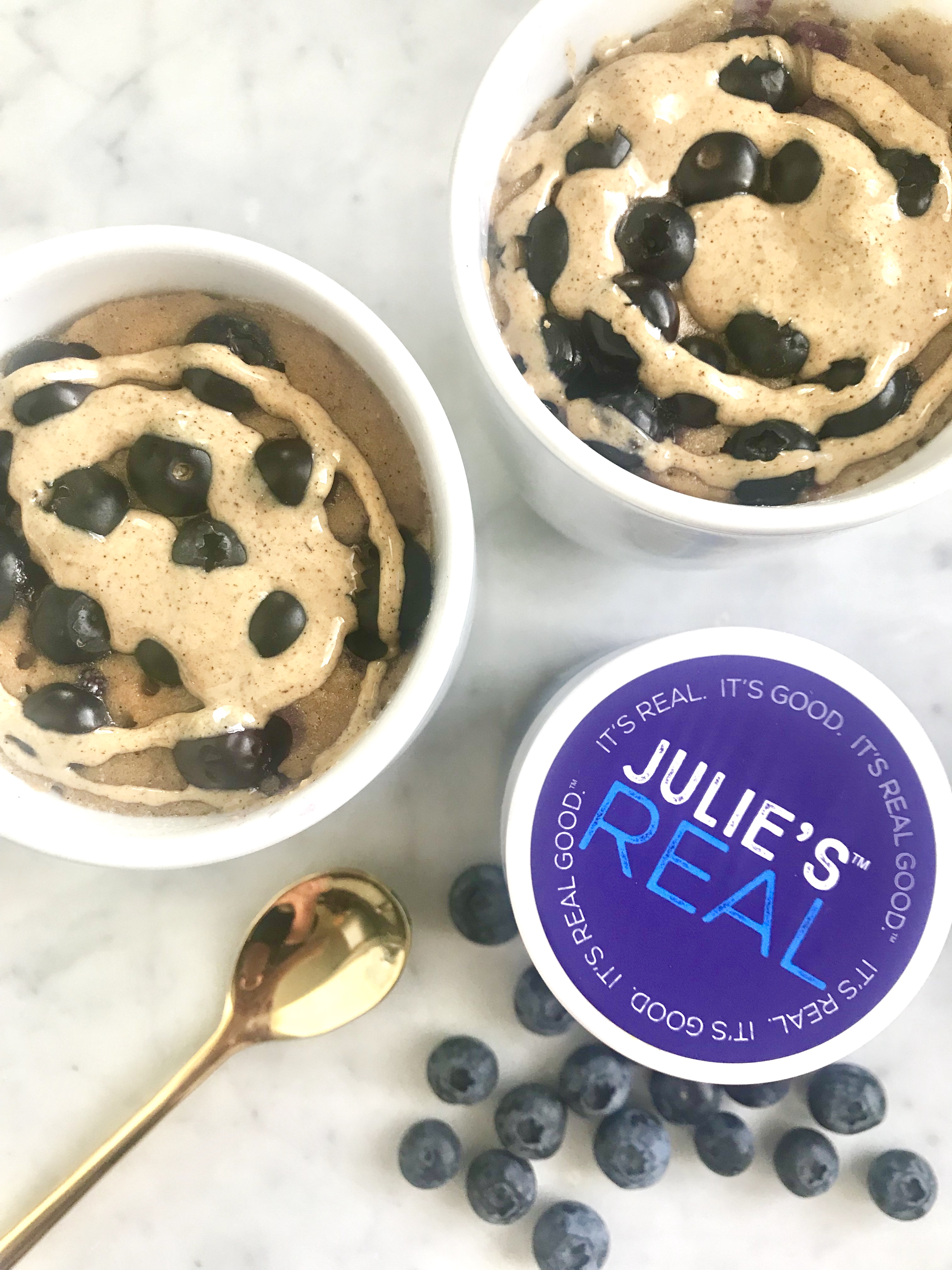 2. Add the egg to the mashed banana. Cook in microwave-safe mug in microwave for one minute and 45 sec. Heat 1 Tbsp. Julie’s Real Cashew Butter and 1/4 tsp. coconut oil for 20 seconds in a separate bowl and mix. Drizzle on top of mug cake.

This recipe was created by Julie Fox of Julie’s Real.

Finally, A Puff Pastry Recipe You Don’t Have to Feel Guilty About