Claudia Luca, 30, shares her true life story. My boyfriend, Sonny, took my hand as we strolled around the park. He was chatting happily, but my mind was racing as I tried to formulate my words: How the hell do I tell him I can’t have children?

“We’ll have a big Italian family — cute little girls who look like you and cheeky baby boys who [will] take after their dad,” he said grinning. We weren’t even engaged yet, but we’d been dating for a while, and things were getting serious. I had to tell him before he proposed.

Taking a deep breath, I blurted it out. “Look, Sonny, I have a condition,” I started, turning to face him. He looked worried. “It means I can’t have children,” I said, feeling myself tear up. “I was born without a uterus.” I couldn’t bear to look at his reaction, but I felt his comforting arms around me.

I explained how I had Mayer Rokitansky Kuster Hauser syndrome, a rare condition that stops a woman’s reproductive organs from developing properly. Before I hit puberty, my parents explained that I’d never get my period. Only my family knew my secret. “When it comes to it, I’ll help you have a baby,” my younger sister Tania had promised when she was 14.

It was only when I left school and went to see my gynecologist Dr. Kim Matthews that the long-term implications really dawned on me. “Without a uterus, you can’t carry a baby,” she said gently. “There’s nowhere for one to grow.” No one was sure if my ovaries worked, either. “When you’re thinking of having a child, come back to me,” she said. 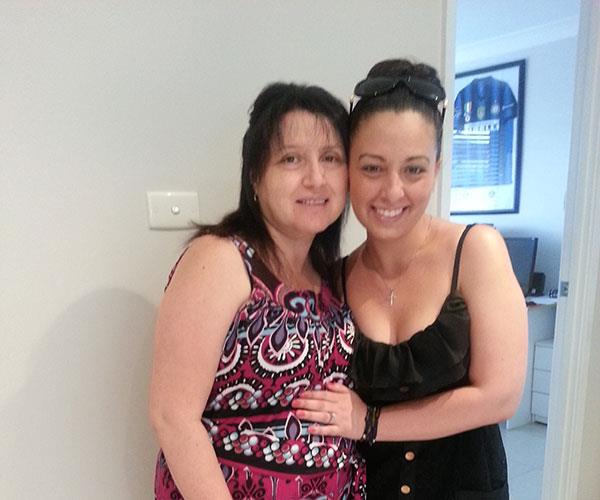 Claudia and her mom. (Photo Credit: Now to Love)

I loved children, so I went into childcare. But as the years went by, I looked at the kids I cared for with longing. The problem meant I always put up my guard around boys — that was until I met Sonny at a friend’s party. There was something about his warm brown eyes and kind smile that made me feel safe and special. We were soon in love, and now the time had come to tell him my secret. I felt terrible I hadn’t told him before.

“It doesn’t matter if we can’t have kids together, Bubs. I want to be with you for you,” he said.

Two years later, we were married, and shortly afterward, we went together to Dr. Matthew’s office to discuss our options. She ran several tests on me; my mom came with me to get the results. “Your ovaries are fully functioning and healthy,” Matthews said. “You are certainly producing eggs.”

Mom and I hugged and cried, it was such a relief. But there was still a major hurdle to overcome — I had to find someone to carry my child. Paying for a surrogate is illegal in Australia, so I had to find someone who would do it for free. The person was also required to have had a previous pregnancy, be older than 25, have no pre-existing medical conditions, and finished having children of their own. 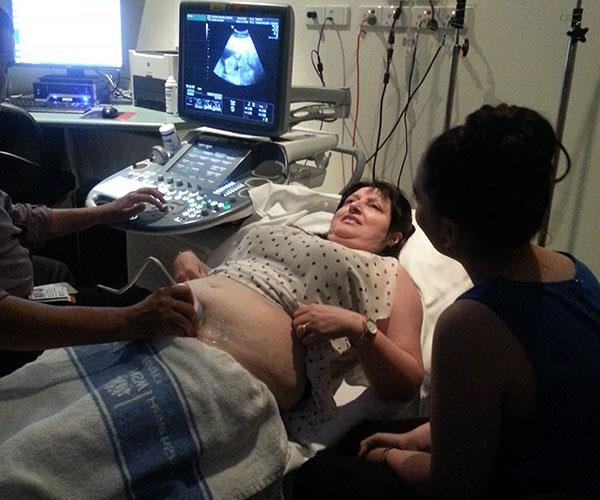 By now, my sister Tania had a child, but she had developed Type 1 diabetes as an adult. Carrying her own children was dangerous enough, so surrogacy was out of the question. All of our friends were only just beginning their families, so we couldn’t ask them, either.

One evening when we were discussing who we could ask, my mom and my dad, Joseph, stopped by our house. “We’ve got something to say,” Dad said. At first, I thought one of them was sick. “I’ll do it,” my mom interjected suddenly. “I’ll carry your child.” I stared at her in disbelief.

“But… aren’t you too old?” I said. (She was already 52). “I tick all the boxes. It won’t hurt to ask,” she replied. “From the moment the doctors told us of your condition when you were a baby, we vowed you’d have everything you wanted in your life. We know how much having your own child means to you.” We all hugged each other and cried.

We told Matthews our idea, and my mom passed all the tests with flying colors. 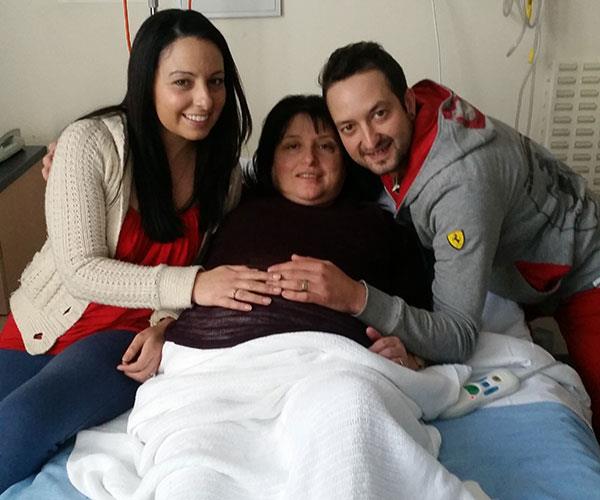 Over the next few months, my mom, Sonny, and I underwent in vitro fertilization — Sonny provided the sperm, I provided the eggs, and Mom provided the uterus. The first three rounds didn’t work, and I felt crushed.

Then, 10 days after our fourth try, I was at work when Matthews called.

I raced out and drove off to Sonny to tell him in person. “We’re going to be parents,” I screamed happily. He told his colleagues his mother-in-law was pregnant with his child and we all roared with laughter.

My mom was a trooper and took the nausea and fatigue in stride.The doctors checked her regularly and I came along to every appointment. She was amazing. She called every time the baby kicked and told me to come over. For the first scan, Mom, Dad, Sonny, and I were all there. Seeing our little baby on the screen was emotional for all of us, and it was very emotional during the delivery.

We all went along when Mom was induced at 38 weeks, and all four of us were there as she delivered our baby boy, naturally. Sonny and I cut the umbilical cord and were given skin to skin. A nurse brought me a bottle and I gave our son, Luciano, his first milk. Tears streamed down my face as I locked eyes with my child.

“You’re doing good,” Mom encouraged in the background as she comforted me.. She looked exhausted. “Thank you,” I whispered. “For everything.” “Seeing you with him is all the thanks I need,” she smiled. We left the hospital three days later, and Mom was back to her old self within weeks.

My mom and Luciano now share a special bond.

Sonny and I would love to have more children one day, and my mom has said she’d be our surrogate carrier again, but it would be up to the medical team to decide. If it doesn’t happen, we are content with our beautiful son and forever grateful to my mom, who we call our angel in disguise. 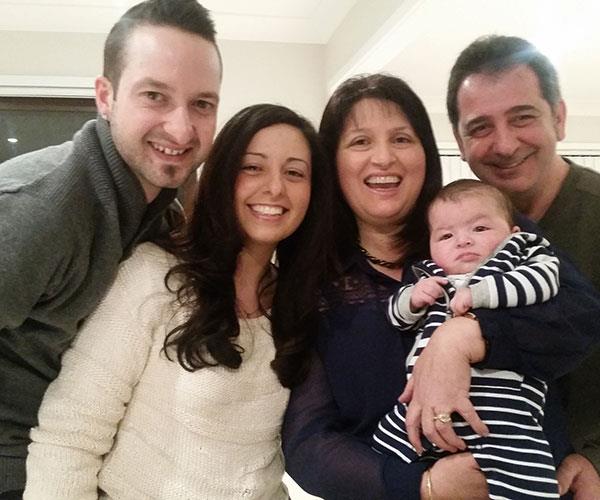 This post was written by Candice Habershon. For more, check out our sister site Now to Love.

Grandmother Will Be Daughter’s Surrogate for a Second Time