I’m a mother to four children, aged eight to five weeks, and I have been breastfeeding — non-stop — for five years. When my first son, Mac, was born, I was advised not to breastfeed, as I was on medication. We have a lovely bond and I didn’t realize we were missing out until my second child arrived. By the time I was pregnant with my daughter, Isabella, 5, I had no strong feelings on breastfeeding either way, but agreed to give it a go to humor my midwife. At birth, Isabella latched on and was instantly content.

It was wonderful, magical, life-affirming, empowering — and I’ve been breastfeeding her ever since. Neither of us want to stop, so we haven’t. 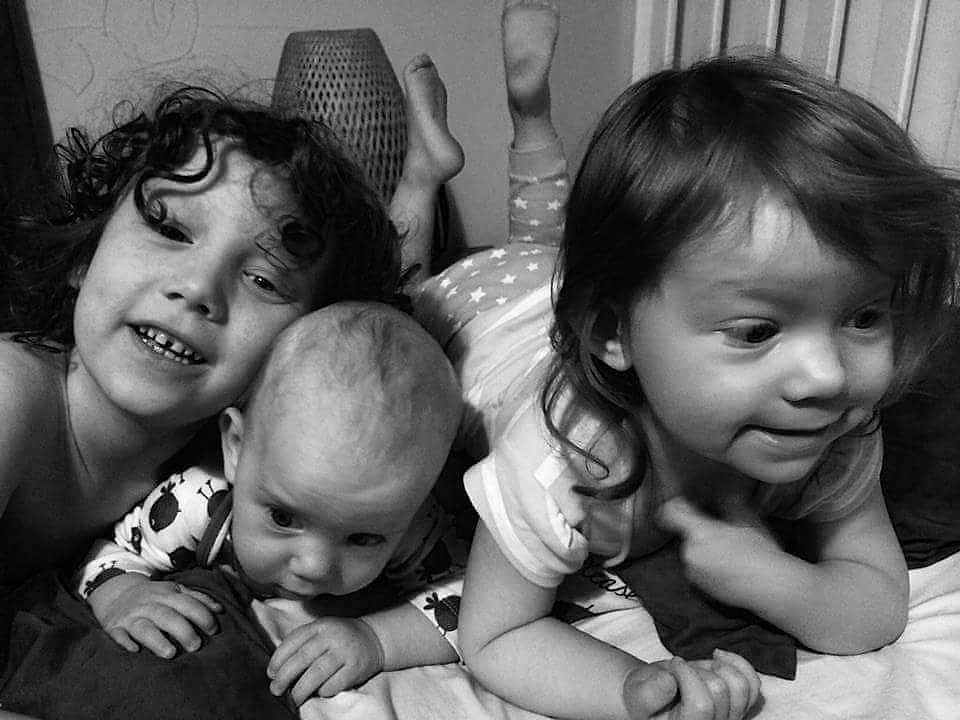 I fed Isabella throughout my pregnancy with Nathaniel, 2, and nursed both Isabella and Nathaniel while I was expecting Sebastian, who’s just five weeks old. I was told they might self-wean when the taste of my milk changed during pregnancy, but neither did. Although I passionately believe breast is best, I wasn’t breastfed myself. Despite the body making sufficient milk to feed the children you nurse, almost without exception, my mom reckoned there wasn’t enough milk to feed me and my twin sister. 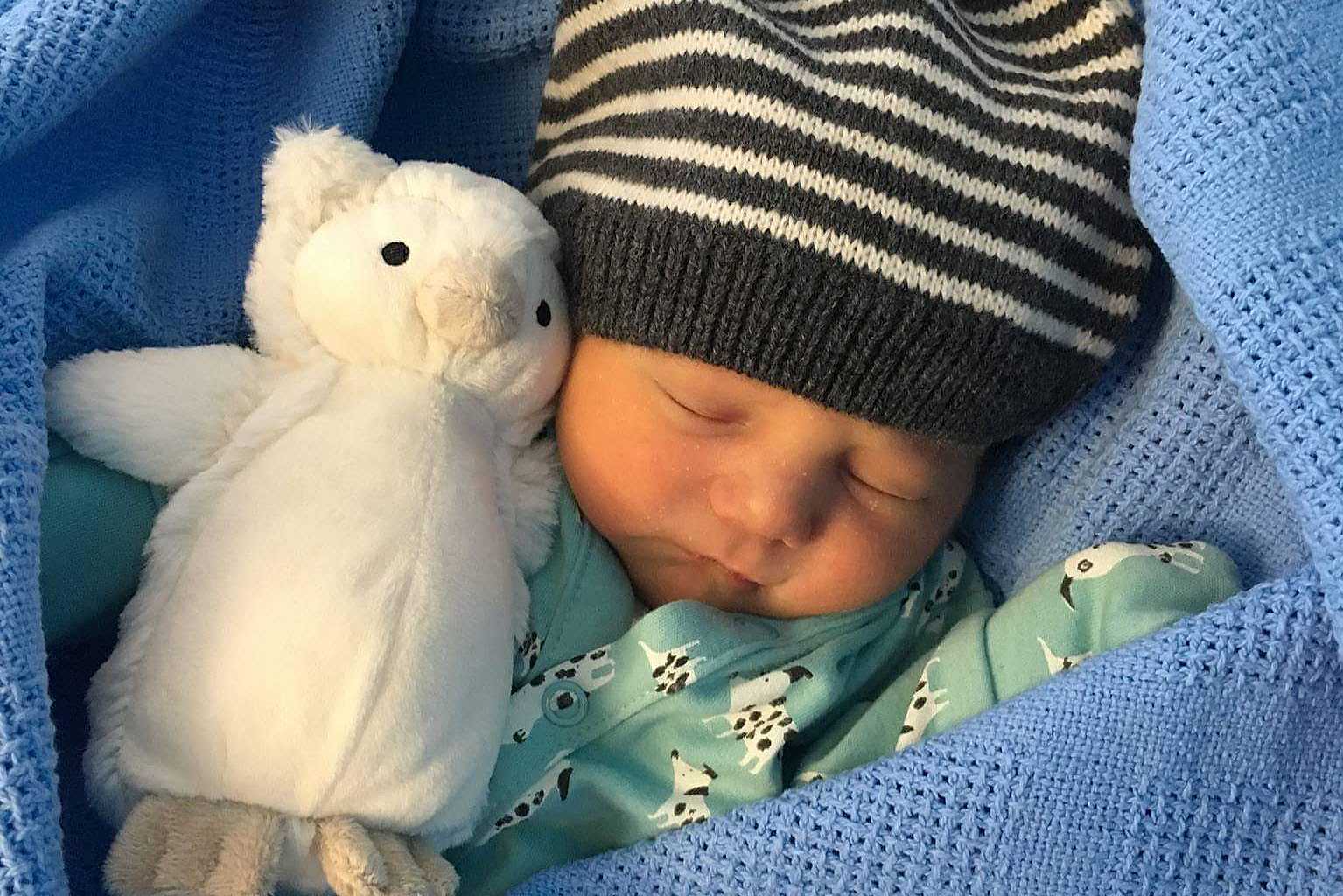 I don’t blame her though: Breastfeeding is poorly understood in Britain. We have the lowest rates globally. The World Health Organization recommends mothers breastfeed until infants are “two years and beyond,” yet only one in 200 children are breastfed for a year. It saddens me when I hear moms talking about “wanting their body back,” or saying getting their baby “independent” is a milestone — babies are not supposed to be self-sufficient. I just don’t understand why some women are so keen to disconnect from their babies as soon as they’re born, and totally disagree with the idea that it’s better to formula feed so others can “help.” A baby wants its mother, and anyway, breastfeeding is far more than nutrition. 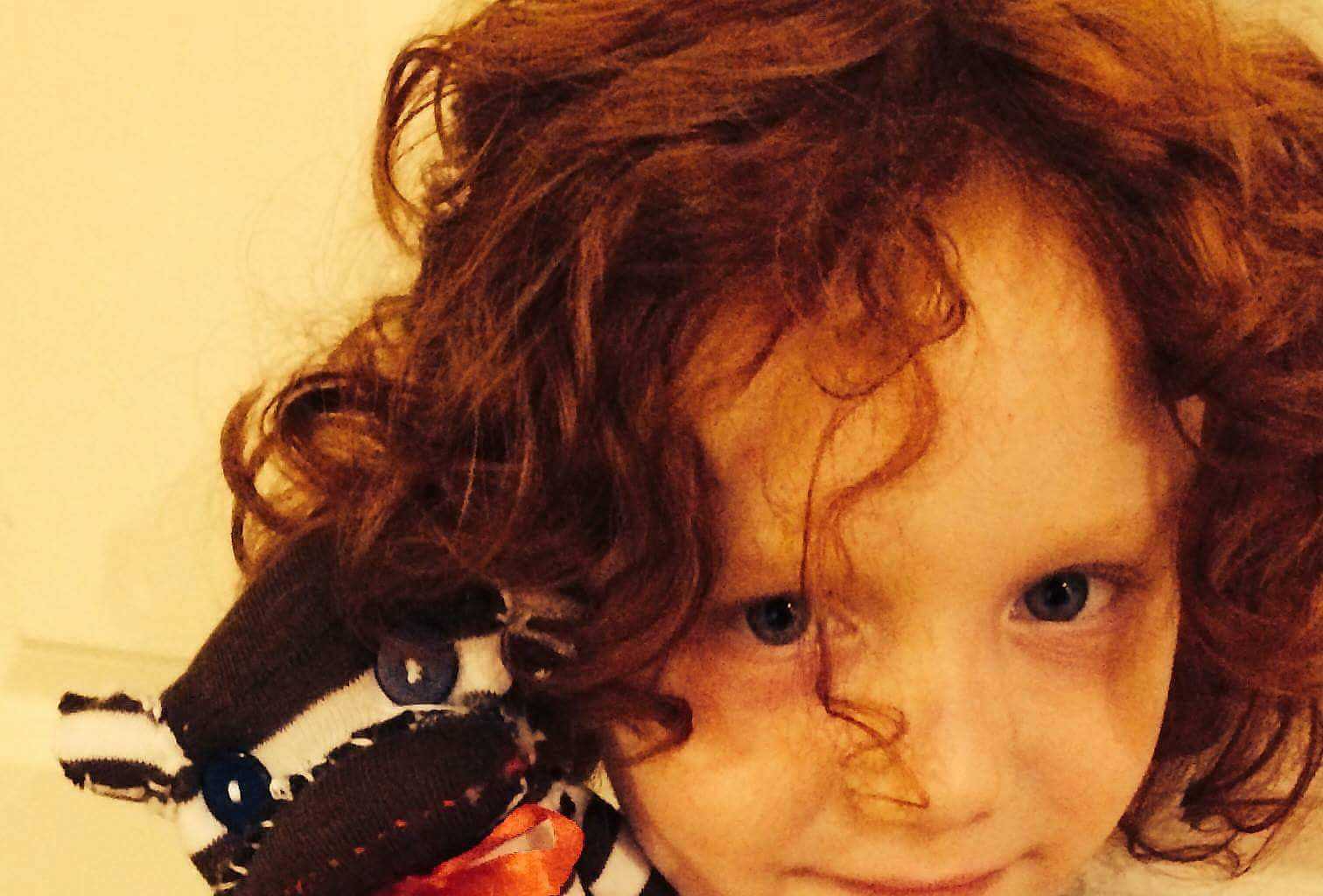 Breast milk is free, comforting, nutritious, and served at room temperature in a clean and handy way. It protects my children and myself from a plethora of medical conditions and promotes bonding, intelligence, and well-being. While Mac, who was formula fed, has eczema and allergies, and succumbed to bugs from an early age, Isabella was rarely ill until she started school. When they are upset, tired, or can’t sleep, they latch on and it soothes them conveniently.

That’s not to say my approach to breastfeeding is always easy; like all aspects of parenting, it brings challenges. I breastfeed on demand, which means my boobs are fair game any time of the day or night to all three. I don’t make them wait and never refuse. Physically it is harder to manage three children at the breast. If all three want to snuggle simultaneously, we have to negotiate, but it works okay. A relative did recently joke that I need to grow a third breast, though!

At times the touched out feeling can get overwhelming, and occasionally I feel drained. It’s hardest when they are unwell, because they constantly feed, and being sucked non-stop between mopping up vomit, wiping diarrhea, changing bed sheets, and doing endless laundry takes its toll. I never go out in the evenings, as I have to be there in case they need nursing. 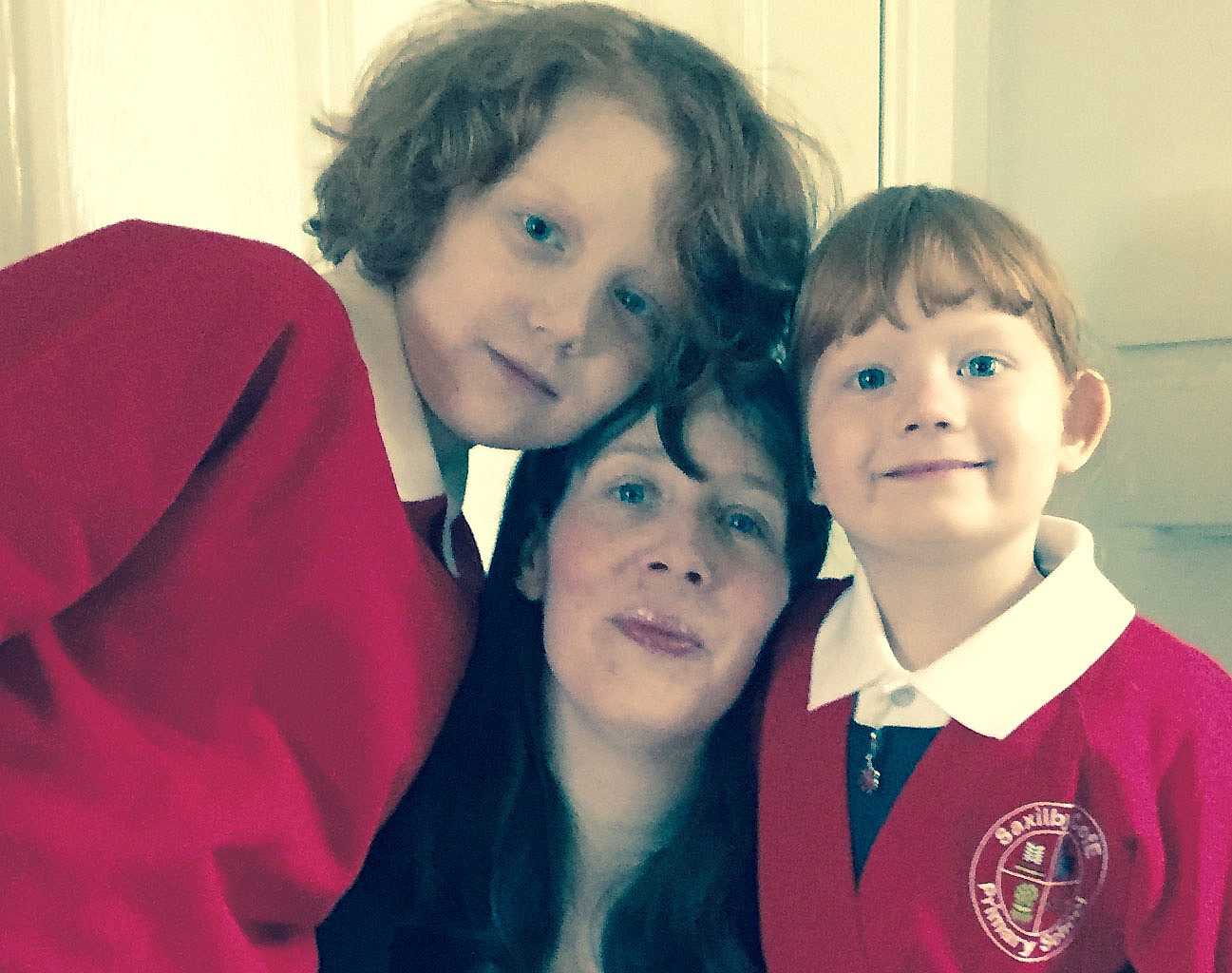 Because it is socially unacceptable in the UK, breastfeeding my school child can feel like a dark secret. I’m not immune to the stigma and shaming linked to breastfeeding an older child, and have seen women crucified online— accused of attachment issues, laziness, and spoiling children and even branded perverts. I’m usually comfortable breastfeeding in public — I’ve breastfed in swimming pools, school assembly, and walking along the street — but when my children hit two, I limit it to the privacy of our own home.

Once at home, Isabella is free to breastfeed whenever she likes. If she comes in from school and wants to nurse while she’s reading or to reconnect with me, she can. But even there we’re not completely free from judgement. Family members have made disapproving comments like “Don’t you think she’s getting too old?” and “Are you still breastfeeding? I expect you’ll be giving up soon!” When she was younger, they “joked” that I’d be breastfeeding her in her school uniform, so I think some of them are shocked to see that their prediction has come true. 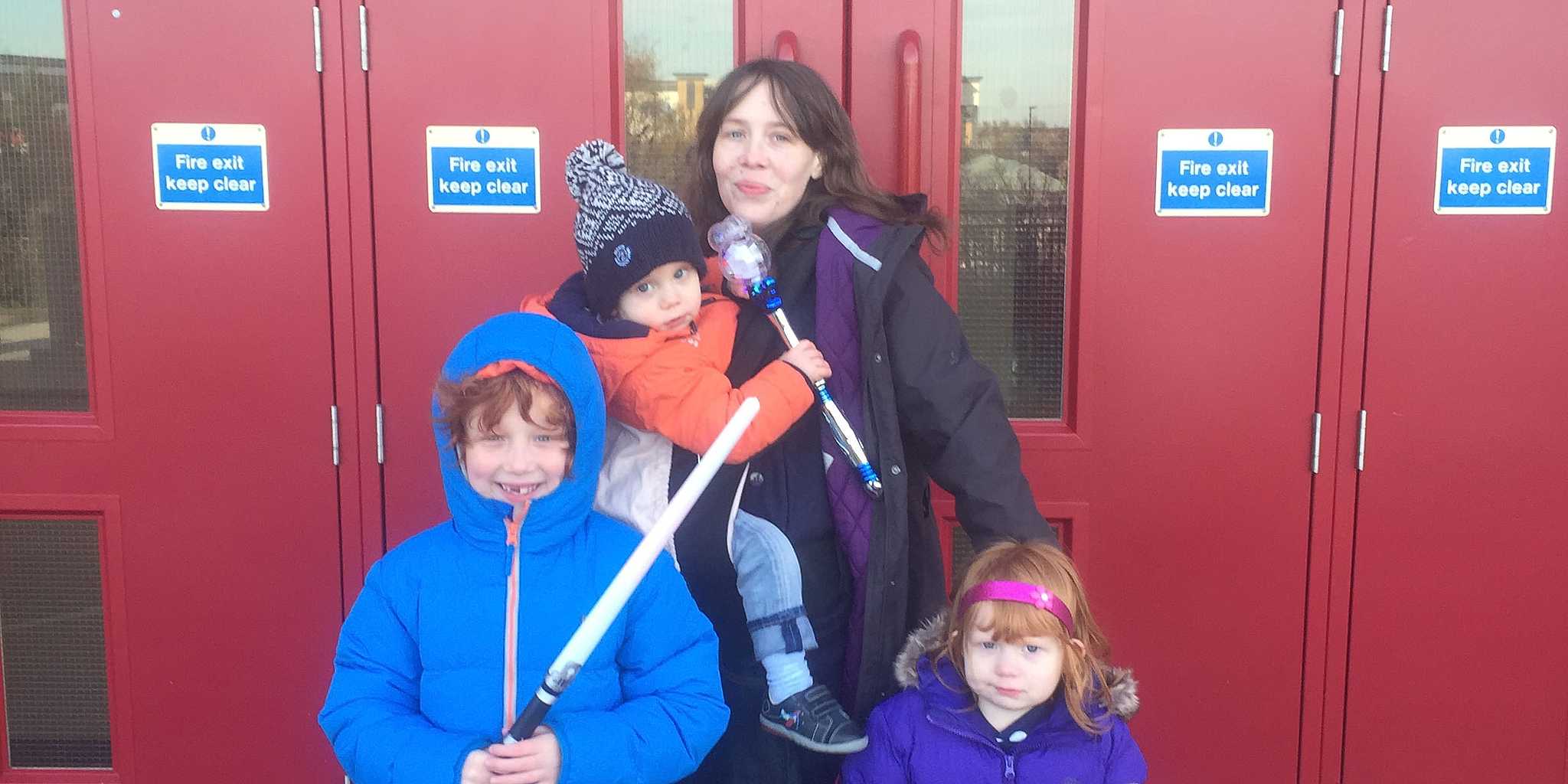 Although breastfeeding this way can be tricky, knowing the positives, I don’t think nights out or more sleep make it worth switching to formula. I don’t see any part of raising my children as a sacrifice, because I know the choices I make prioritize them and keep them happy. My only regret is not breastfeeding my eldest child, and if I could go back, I definitely would. As for my youngest three, well, I fully expect to nurse them until they choose to stop, so it is likely that by then, I will have breastfed for over a decade. Some people might think that’s a bit extreme, but I know that for us, this is the best way.

This post was written by Caroline Thain. For more, check out our sister site Closer Online.

Most Parents Give Babies Solid Food Too Soon, Study Finds

Woman Heartbroken After She ‘Poisoned’ Cat With Essential Oil