Move over, dogs and cats. There’s a new pet that’s coming for your crown — and he’s almost as big as a Rottweiler (but twice as fluffy).

Lately, people have been losing their minds over giant breeds of rabbits called the Flemish Giant and Continental Giant. These animas are so big, they can go toe-to-toe with your dog. And their large size and adorable nature is winning over the Internet

MUST-SEE: 12 Pets Stealing the Spotlight In Their Owner’s Photos 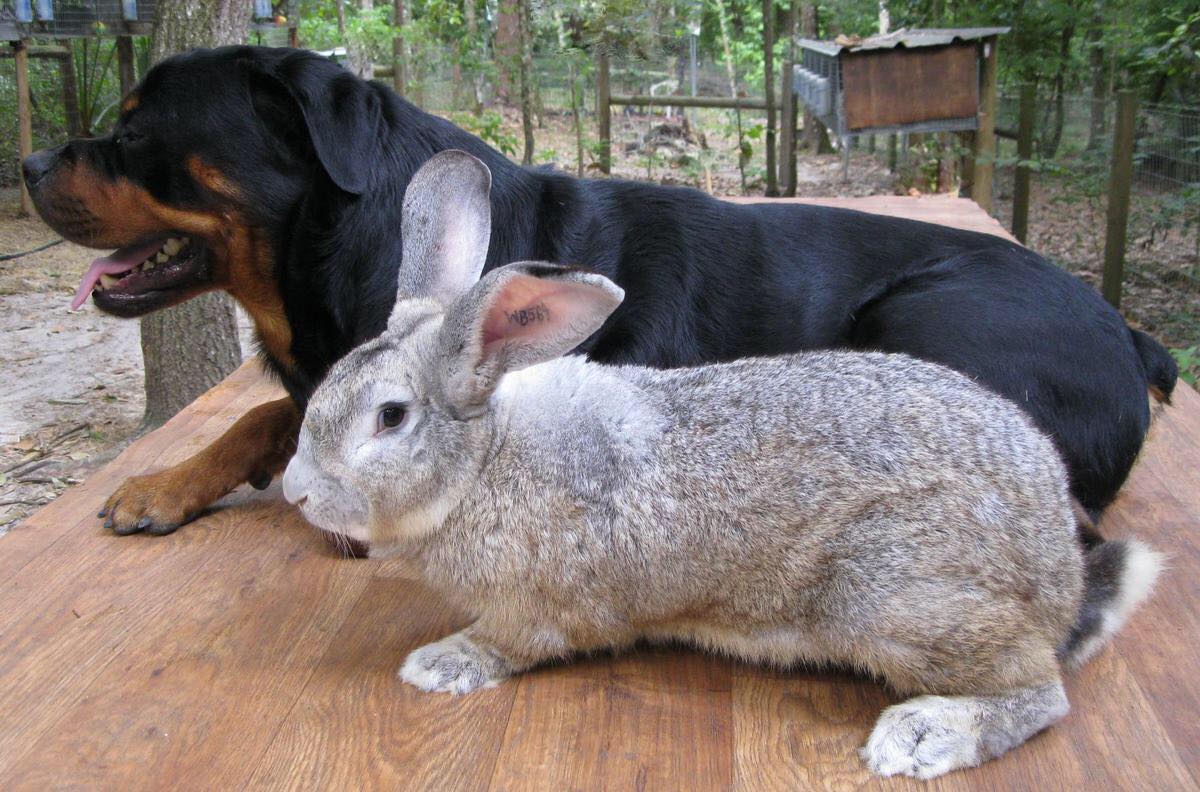 The news started when British rabbit breeder Annette Edwards starred in a video where she introduced the world to the largest bunny in the world, a Continental Giant named Darius who’s 56 pounds, four feet long, and almost frighteningly large.

However, once people saw pictures of Darius, it ignited new interest in owning these animals as pets. After all, dogs have been man’s best friend for years — but what if another bigger, fluffier animal hopped along to snatch its crown?

These are the questions prospective bunny owners are wondering. So, do giant rabbits make great pets?

According to Eric Stewart, Executive Director of American Rabbit Breeders Association, they do.

“The giant breeds are really rewarding,” he said. “The giant rabbits may not always be the first rabbit someone thinks of for companion animal, but they actually have some of best temperaments and have a very docile nature.”

These breeds, that live between eight to 10 years, appear like they might be the perfect pet, but there’s more to them than just 30 pounds of floppy-eared adorableness — and if you’re thinking seriously of adopting one, you definitely want to do your research beforehand.

Want to learn more? Check out our video that tells you everything you need to know about these big, fluffy animals.