Although we expect school officials, lawmakers, and leaders of the country to address bullying, you probably never thought a fast food chain would be making thought-provoking advertisements on this issue.

Burger King released a new advertisement this past week in honor of National Bullying Prevention Month. The premise of the ad sounds slightly silly: What happens when a Whopper Jr. and a high school junior are both bullied? However, the three-minute clip is an astonishing look at not only the bullying that happens in society, but also the reaction — or lack thereof — that is taken when bystanders witness bullying.

The kids that are bullied and bullying are actors, but the customers are all real. The clip begins with kids and teenagers reciting the offensive names they’ve been called by others, and how it’s difficult to stand up for other’s when they’re being bullied. “It’s just easier to do nothing,” one of the boys says. The ad then goes to a Burger King store, where several teenage-looking boys are bullying another boy. There are several adults watching this all take place, but they all just sit and do nothing.

As the high school junior is being bullied, one of the employees is “bullying” Whopper Jr. burgers and handing them to customers. Almost all of the people go to the counter to complain about their ruined burger.

What’s shocking about the video is how few adults confronted the bullies, and how many complained about a hamburger. Ninety-five percent of customers with the bullied Whopper Jr. complained, but only 12 percent of bystanders intervened when the high school junior was being bullied. 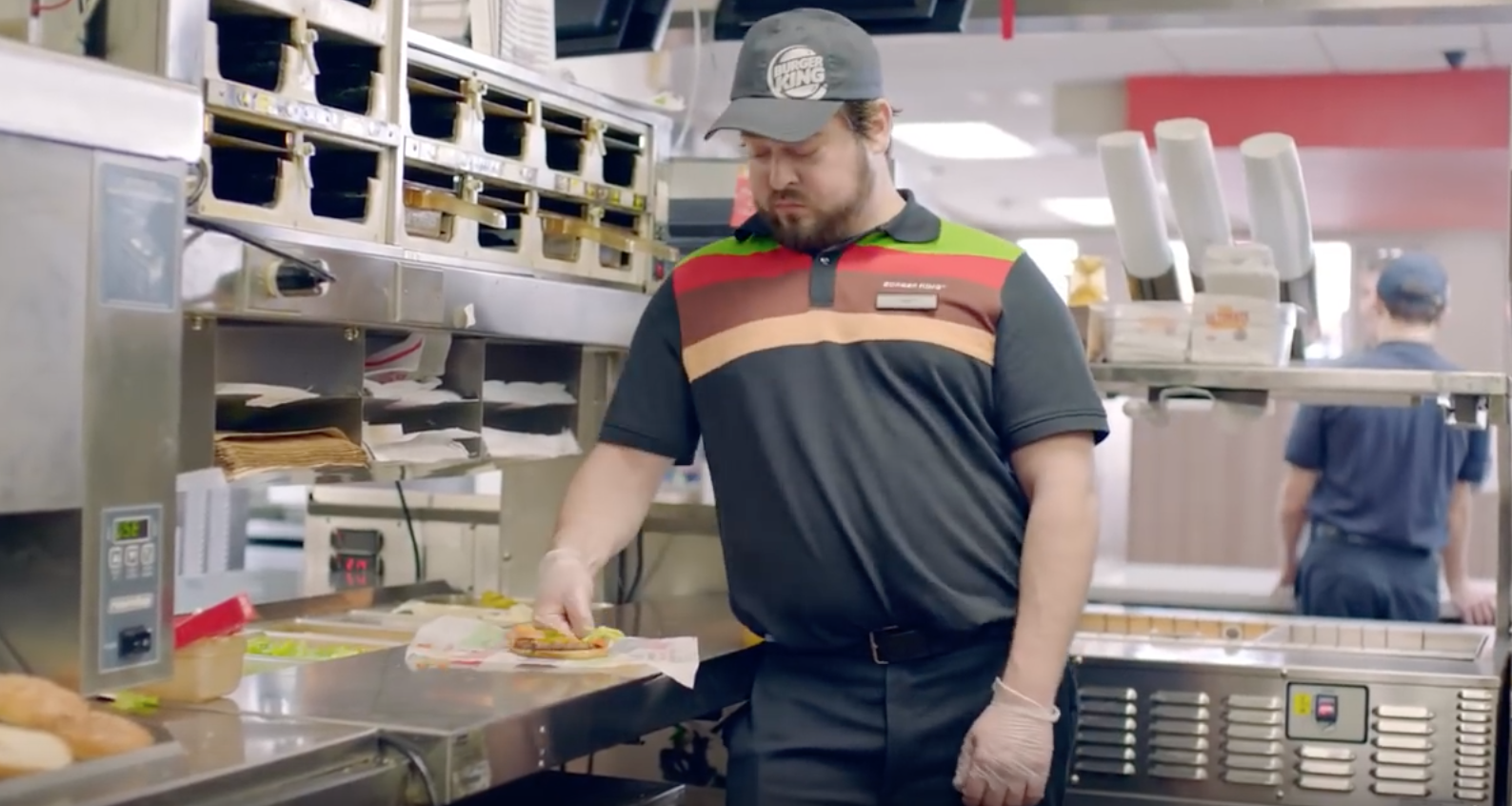 Everyone has been talking about this video, and for a good reason. Although it’s easy to think we’d all step in if we saw name-calling, shoving, and taunting going on, this ad shows that’s usually not the case. People can get into herd mentality, thinking someone else will step in, or as one kid in the video put it, “Getting caught up in bullying is easy, ’cause you’re just glad that you’re not being bullied.”

According to nobully.org, 30 percent of students worldwide are the target of bullying (and that number could be a low estimate because some children do not report bullying due to fear of retaliation.) There are many different initiatives to tackle the problem: Some schools have developed a zero-tolerance bullying policy, many states have laws and policies in regards to bullying, and even First Lady Melania Trump has made preventing and ending bullying her number one cause during her time in the White House.

It’s not just up to those in power to do something about bullying, it’s on all of us. In honor of National Bullying Prevention Month, and every month of the year, let’s all do better when it comes to bullying.

When Bullies Picked on This Adorable 10 Month Old, His Mother Did Something Extreme

This Adorable Glasses-Wearing Girl Got 4 Million People To Stand Behind Her. The Reason Why Will Give You Hope For Humanity