Every parent’s nightmare is finding drugs in their teenager’s room when they’re out–but this mom found something completely innocent!

A 16-year-old teenager named Ashley Banks screengrabbed this text exchange between her and her mom and it’s gone viral since.

Ashley texted her mom asking her to find her calculator and put it in the mailbox so someone could pick it up.

But as her mom was looking for it, she became furious to find a clear zip lock bag with colored pills in it. 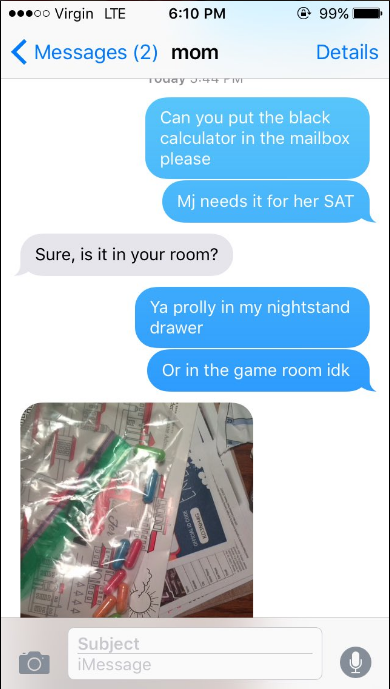 “Ashley Carol I will not have drugs in my house,” she angrily texted her daughter. 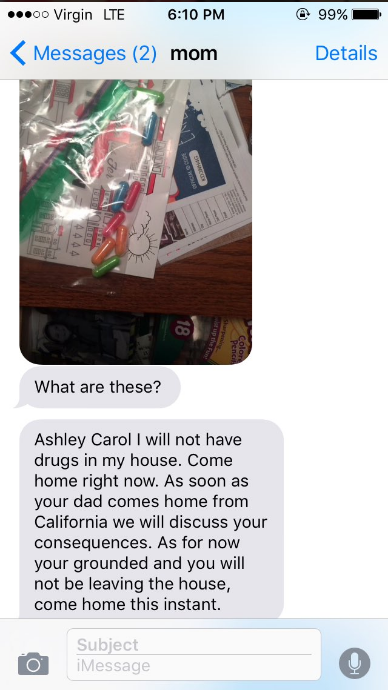 She demanded that Ashley come home ASAP and told her she was grounded, but Ashley couldn’t stop laughing.

She told her to put the pills in water and see what happens.

Her mom seemed reluctant at first, but she finally conceded. 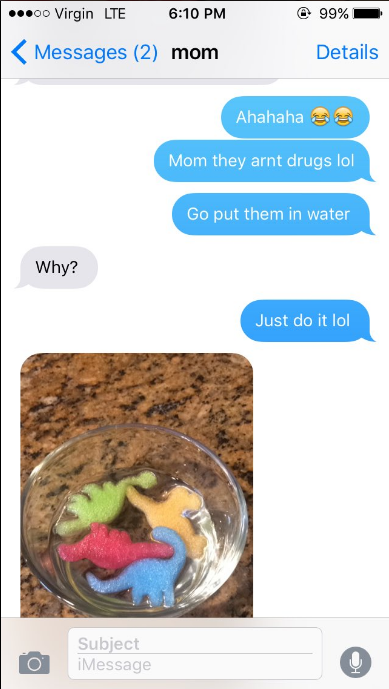 RELATED: When a Sales Clerk Called This 13-Year-Old Girl Fat, Her Mom Had the Most Uplifting Response

Turns out, the tablets were actually “grow your own dinosaurs.”

The mom even got a little defensive and said, “I thought you were 16 not 7?” 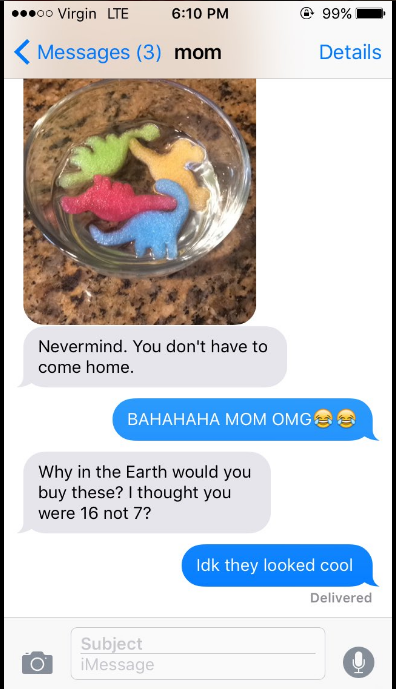 NEXT: They Went in for a Routine Ultrasound, and Found Out That They Were Going to be a 1 in 15 Million Family