In just one month, Suri Cruise has stepped out with her famous mom, Katie Holmes, on two separate occasions — making public appearances less of a rare occurrence for the 11-year-old. On Saturday, December 16, Suri sat courtside with Katie, 38, at a Knicks basketball game in New York City. The elementary school student was also joined by her uncle Martin Holmes Jr., as well as her grandparents Kathleen and Martin Holmes, Sr., who all seemed happier than ever to take in the sporting event as a family. 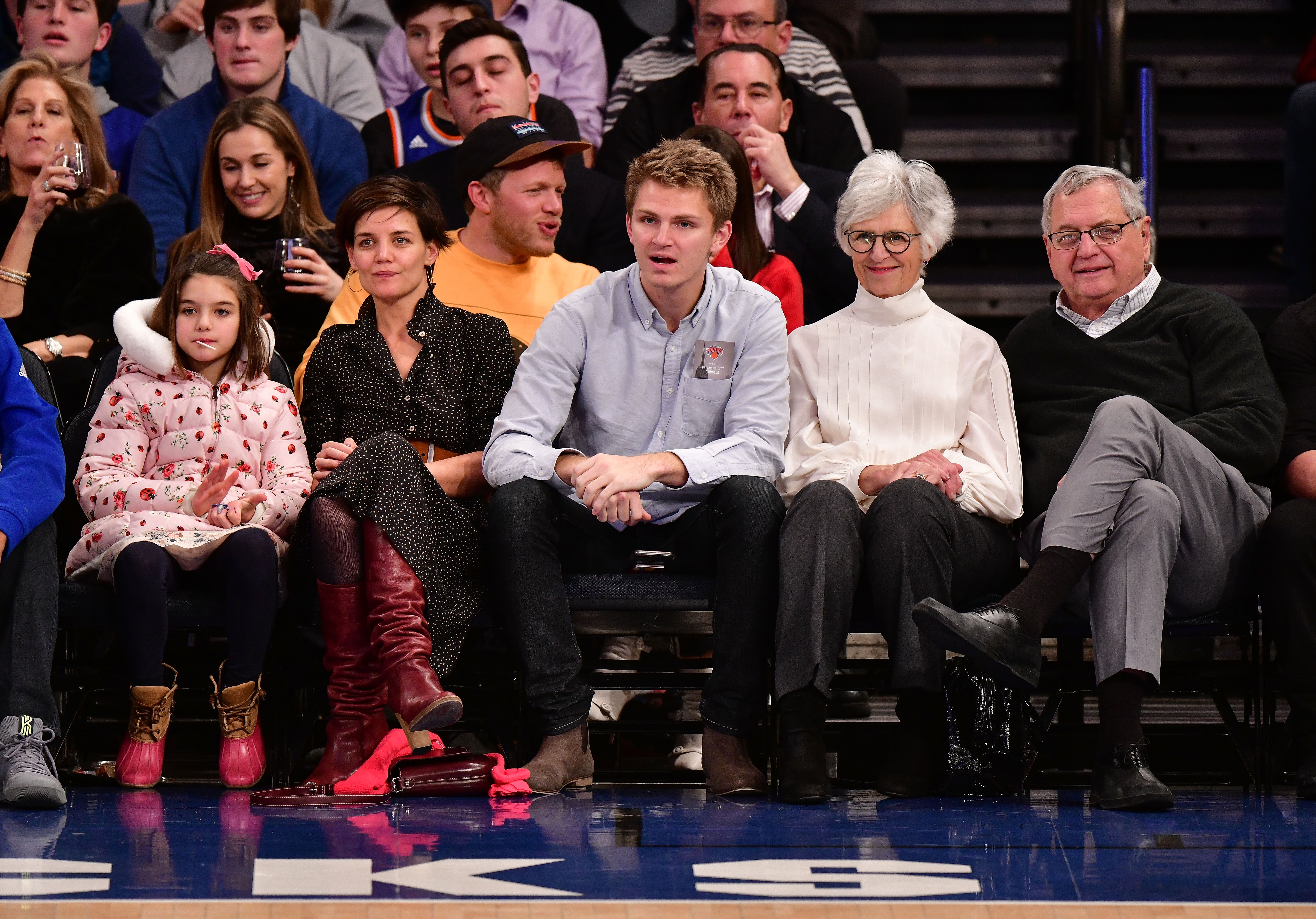 Suri, whose dad is Katie’s ex-husband, Tom Cruise, looked adorable in a light pink, printed puffer-coat, paired with bright pink boots and a matching bow. The Hollywood scion nonchalantly sucked a lollipop and clapped as the Knicks took on Oklahoma City Thunder at Madison Square Garden.

Suri’s appearance at the basketball game comes less than two weeks after she and Katie took the stage at Z100’s Jingle Ball on December 8 to present the final performer of the night. “She’s one of our favorite performers and who is it tonight?” Katie asked, to which her only child excitedly announced, “Taylor Swift!” 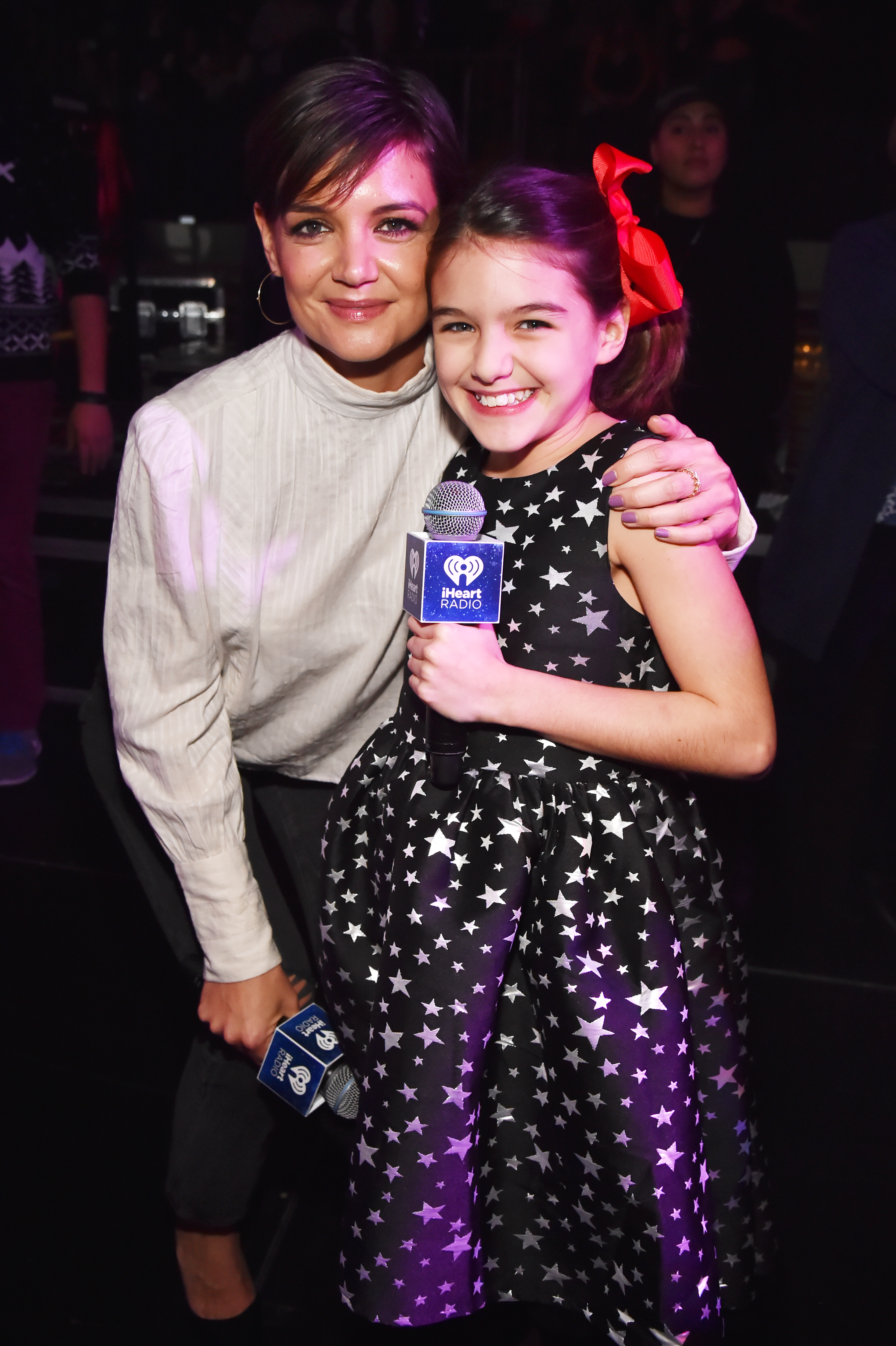 Not only is Katie becoming more comfortable with Suri getting out there more, but the Dawson’s Creek alum is now less afraid to show up at the same events as her boyfriend, Jamie Foxx. The actress and the “Blame It” singer, 50, have been quietly dating since 2013 — one year after Katie called it quits on her nearly six-year marriage to Tom, 55.

Despite their past efforts to keep their romance under wraps, Katie showed her support for Jamie during his recent eyewear launch party in the New York City. “Jamie arrived around 7 p.m.,” a witness exclusively told Life & Style of the December 4 celebration for Privé Revaux. “Katie arrived around 9:15 p.m. She stopped for a few photos and then went to a back room. Jamie met her there and they hung out together for 10 minutes.”