Another day, another batch of adorable photos of Prince Harry and Meghan Markle! The newly-engaged duo visited Cardiff Castle in Wales on Thursday, January 18 — and the pics are cuter than cute! For the special outing, Meghan, 36, looked chic in a black Stella McCartney coat (adorned with a silk bow and sold for $1870), black pants by Welsh brand Hiut Denim, and an off-the-shoulder, black and gray plaid top. She accessorized the ensemble with black, pointy-toe Tabitha Simmons boots, a forest green bag by DeMellier London, and a black scarf. Meghan also rocked another messy bun — perhaps this will become her signature hairdo! 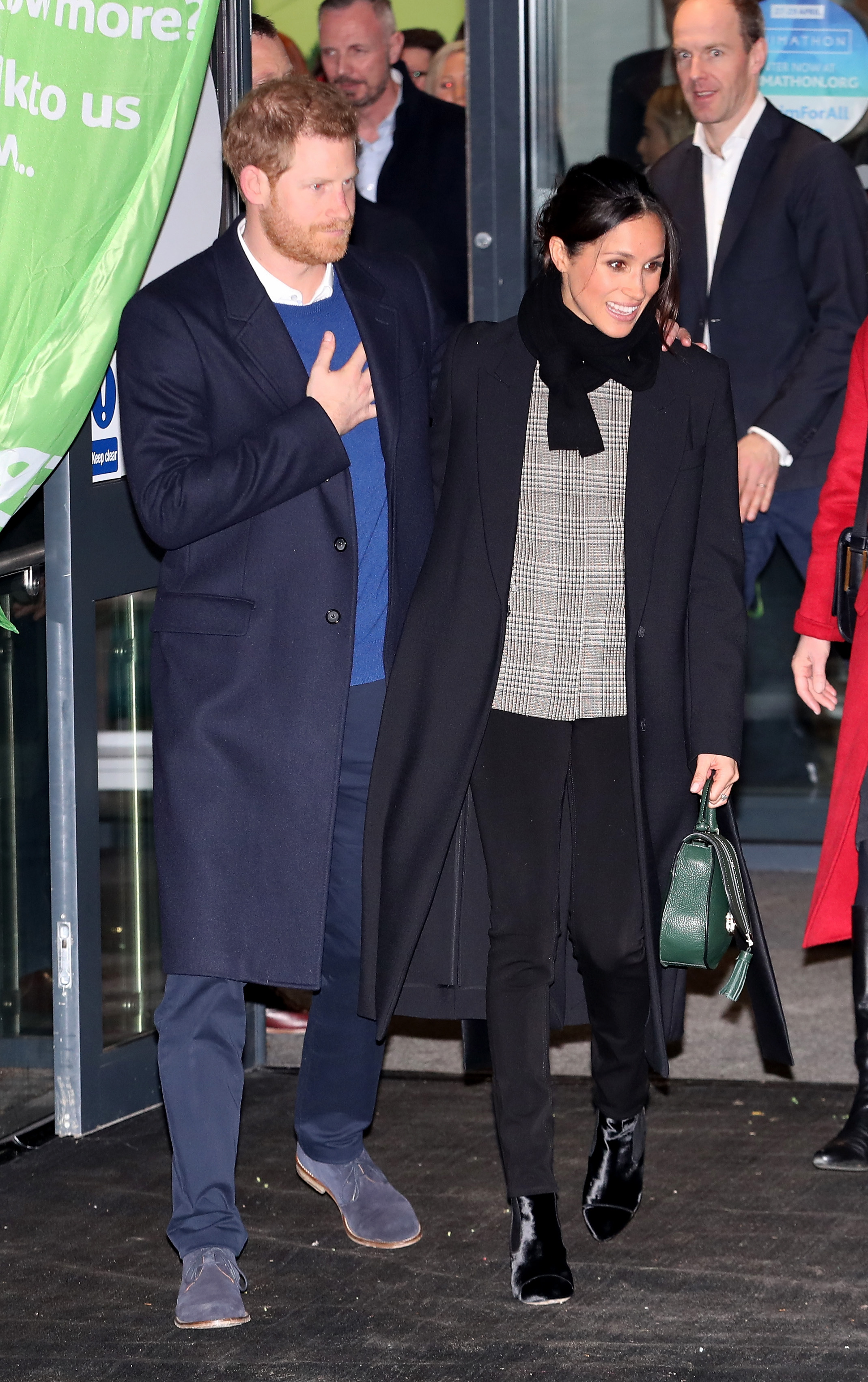 When Harry, 33, and Meghan arrived in the Welsh capital of Cardiff, the couple was “full of apologies” for the crowds of fans waiting to greet them because they were almost an hour late due to train delays! During their trip from London to Cardiff Castle, Harry and Meghan will learn about Welsh culture, meet the area’s top sportsmen and women, and hear performances from local musicians and poets.

One woman named Catheryn John told The Mirror that Meghan was “beautiful” in person. “She was lovely, she said ‘I’m sorry for the wait.’ She was beautiful, she kept saying she was Meghan like we didn’t know,” John shared. When another fan suggested Meghan hold her bachelorette party in Wales before her May 19 wedding, the actress reportedly replied, “I bet that would be a lot of fun.” How cute!

Harry and Meghan’s Cardiff Castle trip was just their second official royal outing of 2018. They made their first public appearance of the year on Tuesday, January 9, to visit Reprezent Radio in Brixton, South London. Several of the cute photos snapped of Harry and Meghan at the event showed the former Suits star looking visibly overwhelmed by the warm welcome from Brixton locals. According to The Telegraph, Harry even remarked to Meghan that “it’s so loud” before prompting her to “give them a wave!” We can’t wait to see more and more of Meghan as she gets ready to officially join the royal family this spring!

Bye, Instagram! Meghan Markle Has Officially Deleted All of Her Social Media Accounts