Just hours after Prince Harry and Meghan Markle announced their royal engagement to the world, the pair sat down for their first official interview as a newly-engaged couple on Monday, November 27. During the chat, Harry, 33, and Meghan, 36, gushed about the actress’ stunning ring, missing Harry’s late mother, Princess Diana, and Meghan’s first time meeting Queen Elizabeth!

“It happened a few weeks ago, earlier this month, here at our [Kensington Palace] cottage; just a standard typical night for us. Roasting a chicken… trying to roast a chicken,” Harry said of his proposal. “She didn’t even let me finish, she said, ‘Can I say yes, can I say yes?’ and then there was hugs and I had the ring in my finger and I was like, ‘Can I give you the ring?’ She goes, ‘Oh yes the ring!’ It was a really nice moment, it was just the two of us and I think managed to catch — catch her by surprise as well.” Meghan added, “Yes, it was just a cozy night… I could barely let you finish proposing.” 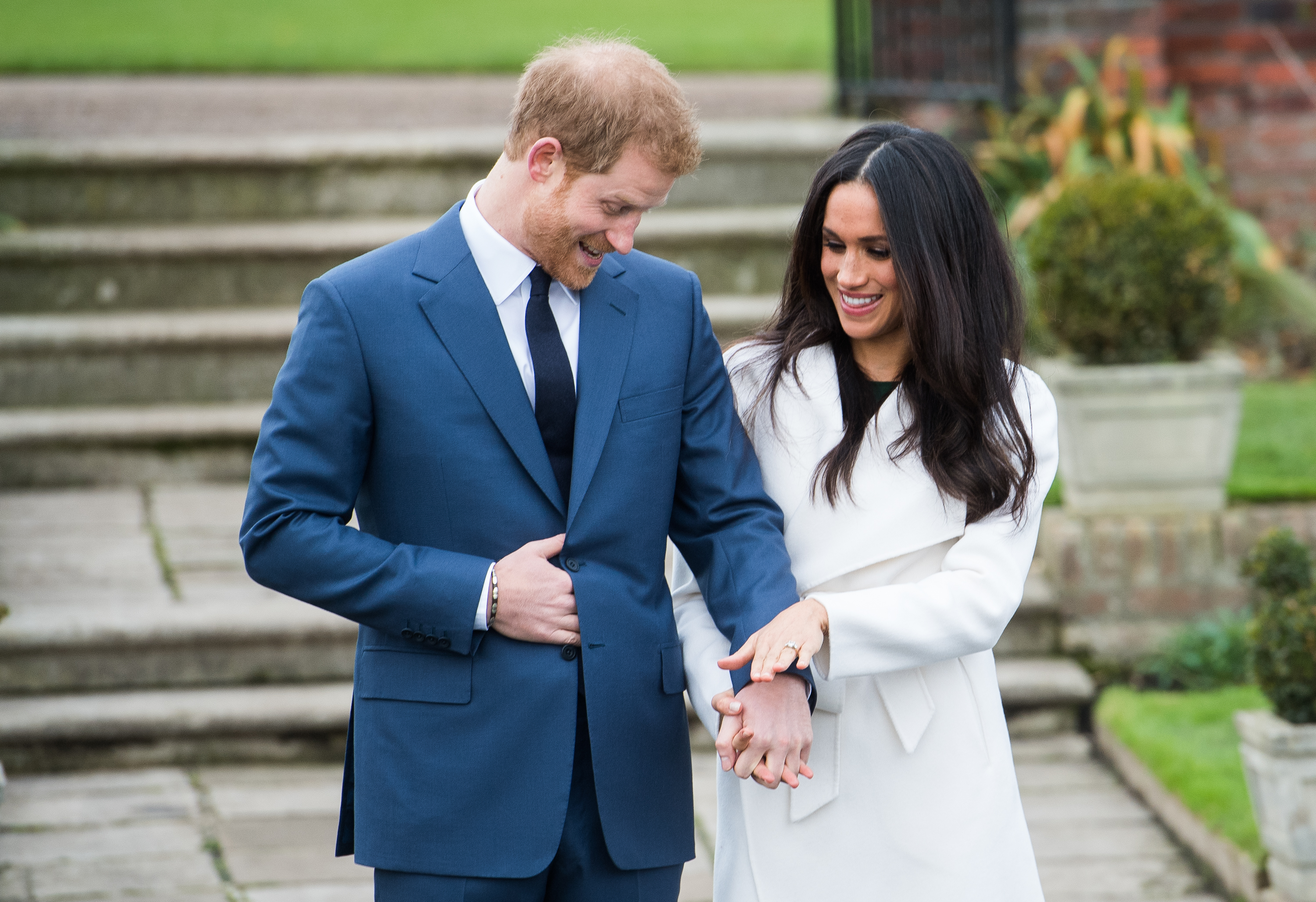 Harry then revealed more details about Meghan’s engagement ring. “The ring is obviously yellow gold because that’s her favorite and the main stone itself I sourced from Botswana,” Harry said as the Suits star showed off her gorgeous new bauble to BBC interviewer Mishal Husain. “The little diamonds on either side are from my mother’s jewelry collection to make sure that she’s with us on this crazy journey together,” the prince continued, to which Meghan replied, “It’s beautiful, and he designed it, it’s incredible.” As for why Harry used two of Diana’s diamonds for the ring, he explained, “It’s so important to me to know that she’s a part of this with us.”

“Oh they’d be thick as thieves, without question, I think she would be over the moon, jumping up and down, you know, so excited for me, but then, as I said, would have probably been best friends — best friends with Meghan. It’s days like these when I really miss having her around and miss being able to share the happy news. But you know, with the ring and with everything else that’s going on, I’m sure she’s jumping up and down somewhere,” Harry continued, remembering Diana, who tragically passed away at age 36 in an August 1997 car accident. “She’s with us,” Meghan added. 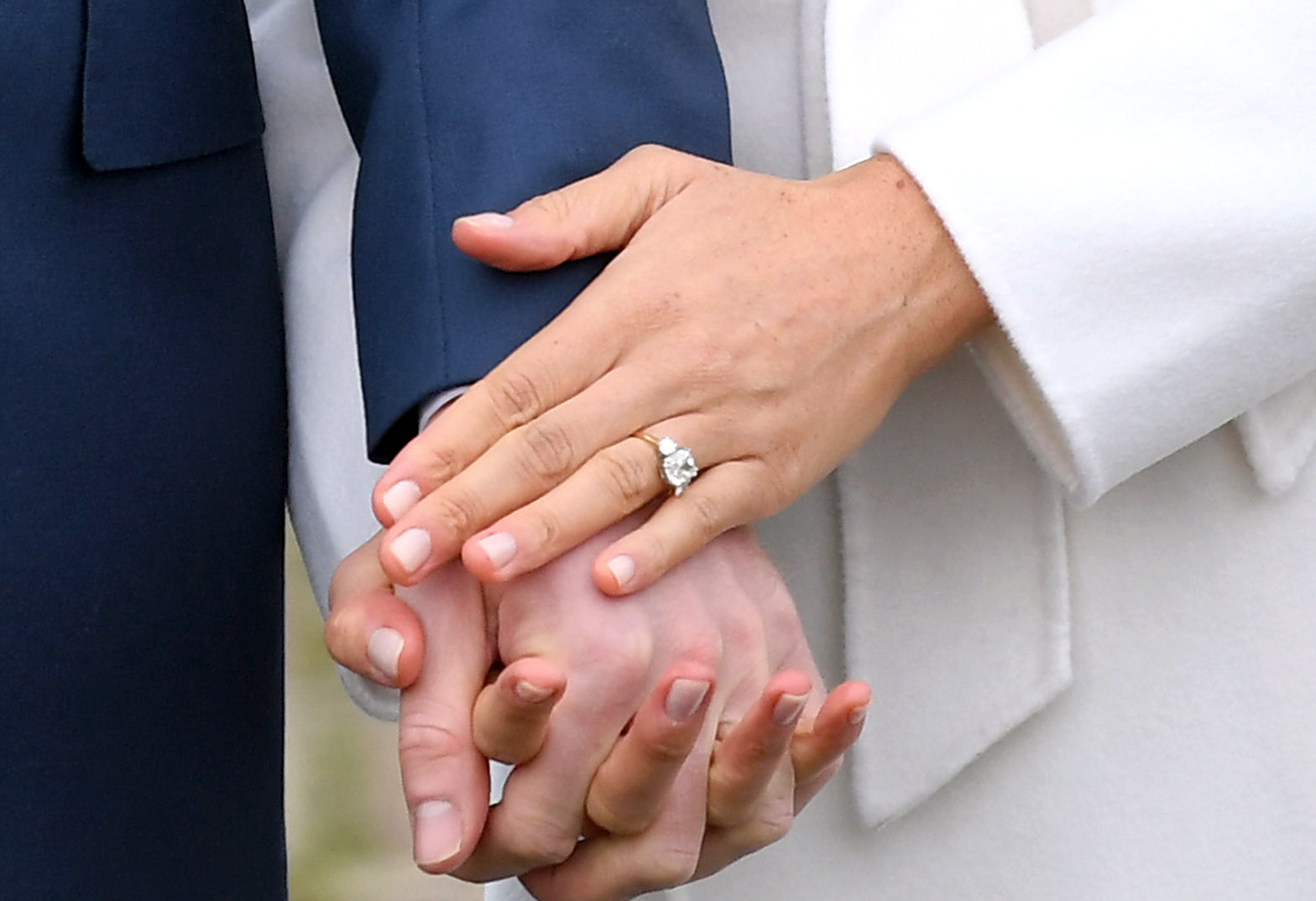 The couple also dished on Meg’s first-ever meeting with the queen. “It’s incredible, I think, you know, A) to be able to meet her through his lens, not just with his honor and respect for her as the monarch, but the love that he has for her as his grandmother, all of those layers have been so important for me so that when I met her I had such a deep understanding and of course incredible respect for being able to have that time with her. And we’ve had a really — she’s an incredible woman,” she said.

“The corgis took her straight away,” Harry added, to which Meghan adorably replied, “Just laying on my feet during tea, it was very sweet!” When then asked about introducing his now-fiancée to his older brother, Prince William, Harry said, “What was it like? It was exciting. I’ve — you know I’d been seeing her for a period of time when I — literally didn’t tell anybody at all. And then William was longing to meet her and so was [Kate Middleton], so you know being our neighbours we managed to get that in a couple of — well quite a few times now and [Kate] has been absolutely amazing, as has William as well, you know, fantastic support.”

“And then my father as well, we had a couple of — no more than that — a handful of teas and meetings and all sorts of gatherings over at his place as well,” Harry continued. “So no the family together have been absolutely, you know, a solid support and my grandparents as well have been — have been wonderful throughout this whole process and they’ve known for quite some time. So how they — how they haven’t told anybody is — is again a miracle in itself. But now the whole family have come together and have been a huge amount of support.” Congratulations on your engagement, Meghan and Harry — we can’t wait for the wedding!