For some, it may seem like Christmas pickle ornaments have become popular only recently, but according to some reports, these adorable green decorations have been around for a couple hundred years. So what’s the truth surrounding the pickle ornament’s meaning?

Hanging a pickle ornament on your Christmas tree might seem odd, but the tradition is actually quite sweet. There is some variation to the practice, but generally a parent hides the ornament on Christmas Eve and the first child to find it gets to open the first present or receives an extra present on Christmas morning, according to a 2011 edition of Tampa Bay Magazine. That child will also experience a year of good luck.

Called Weihnachtsgurke, or Christmas Pickle, the tradition is believed to have originated in Germany, though apparently most Germans aren’t familiar with it: In a YouGov poll, 91 percent of Germans said they had never heard of this legend. Weird, right? In the U.S., this practice is popular in the Midwest, which makes sense considering the large number of German immigrants who settled there. Is it possible this is just an Americanized version of an old German ritual?

Another pickle ornament legend goes like this: Around 1880, F.W. Woolworth, the founder of the now-defunct retail store, began importing glass fruit- and vegetable-shaped ornaments, including pickle ornaments. Shortly after that, “German Pickle Ornaments” began to come with written explanations of the “German Pickle Tradition,” according to Tampa Bay Magazine, so it’s possible that part of this legend is the result of commercialization.

Whatever the case may be, we’re firm believers that Christmas is about creating lifelong family traditions. And if the pickle ornament tradition is something your family wants to adopt, we’re all for it! But if that’s the case, you’re going to need some pickle ornaments first. Here are a few of our favorites to get you started. 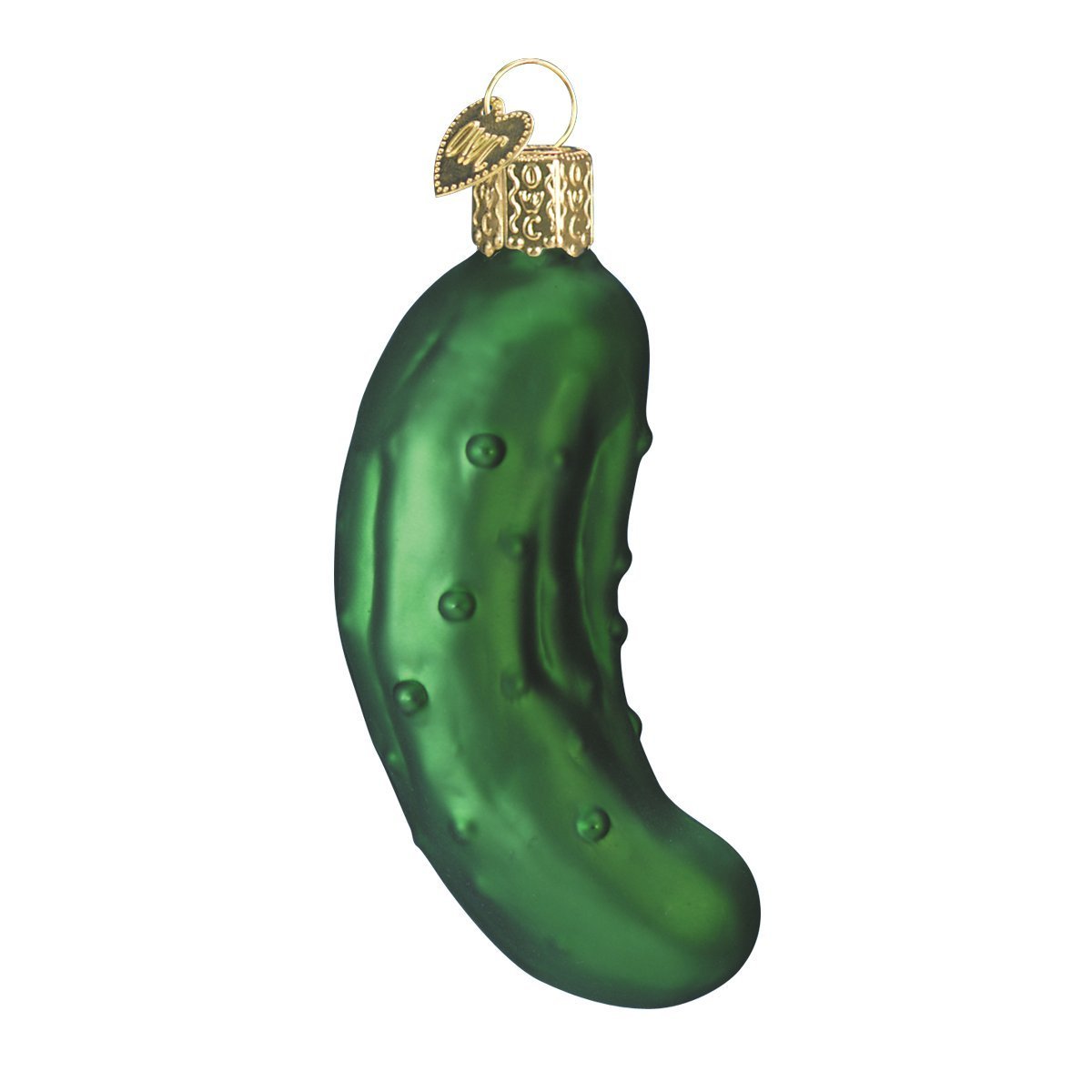 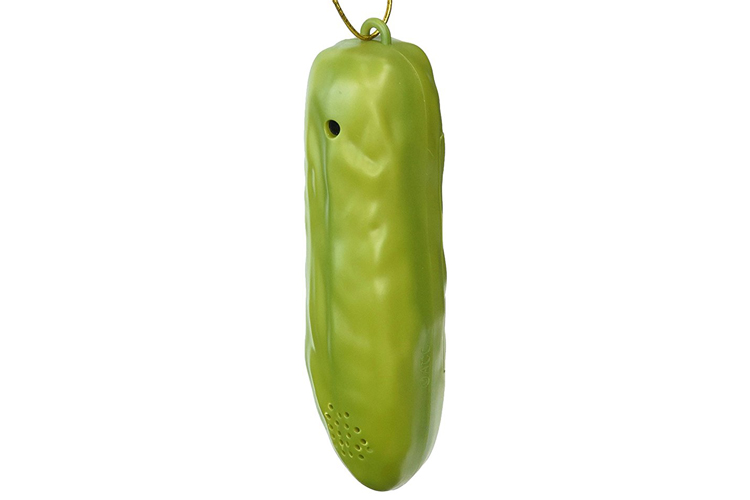 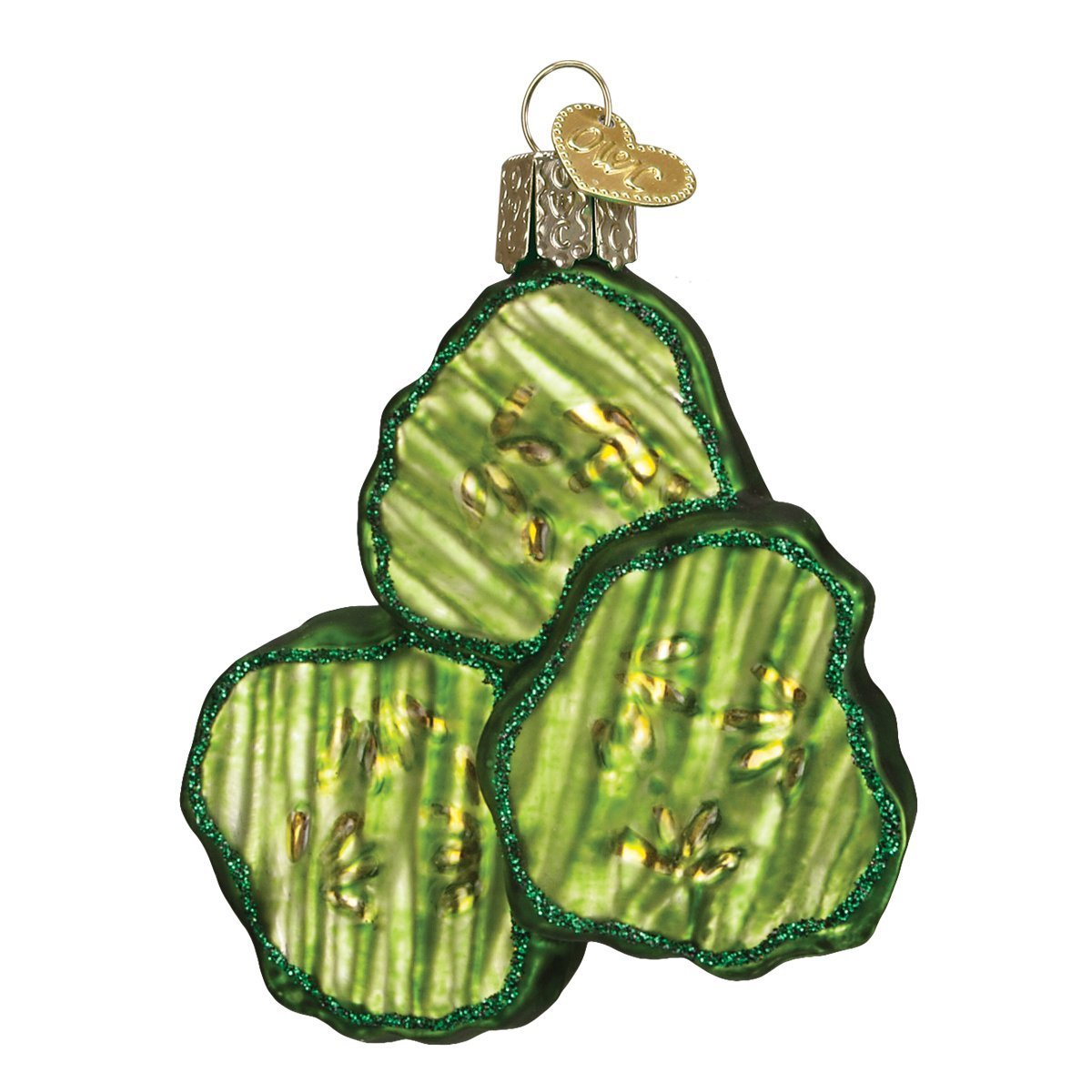 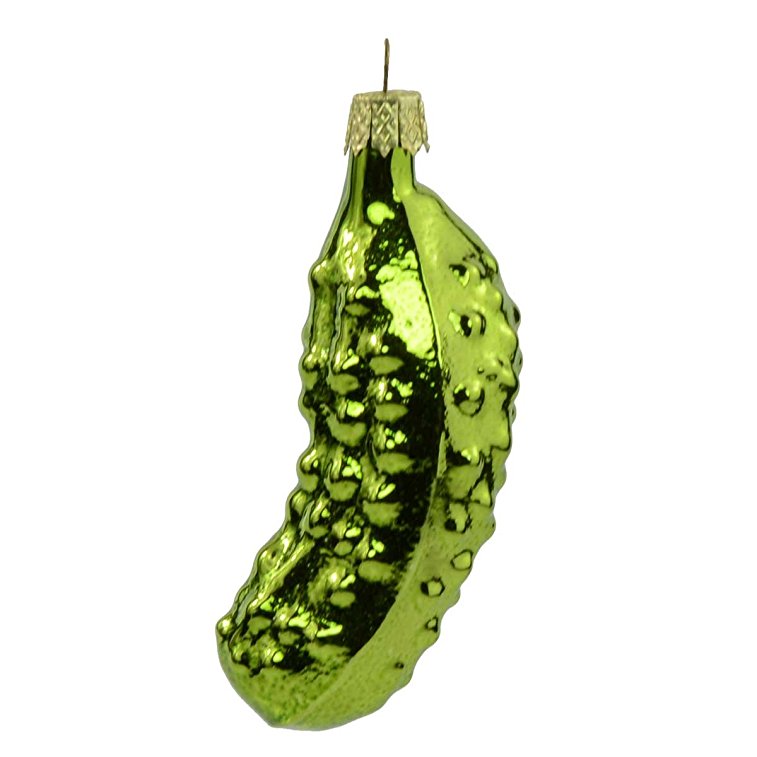 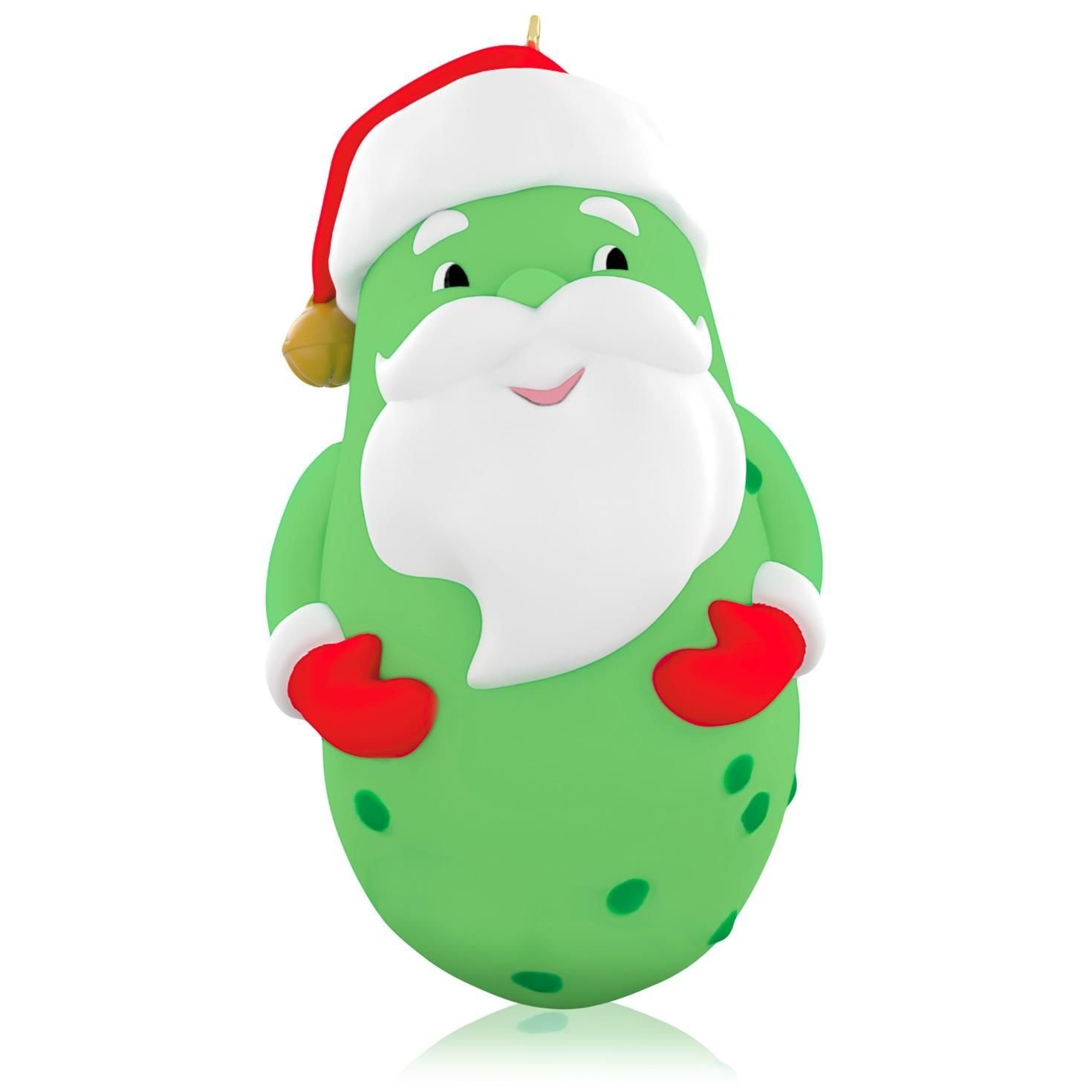