May 19 won’t be Meghan Markle’s only “wedding” in 2018. Every Suits fan knows that the actress is set to walk down the aisle on screen too, with her character Rachel Zane set to marry her love interest of seven seasons, Mike Ross (played by Patrick J. Adams) as a grand finale before leaving the show. And while details of her real-life wedding dress are being closely guarded until the big day, the Suits team has gifted us with a first look at Meghan’s wedding dress.

Photos shared on Instagram by Entertainment Weekly provide us with a glimpse of the dress in question, showing Rachel walking down this aisle with her on-screen father (played by Wendell Pierce who, along with Adams, has reportedly made the guest list for Meghan’s real-life nuptials) and slow dancing with her new husband. Both shots are angled so that the front of the dress has been obscured, but we can see that the gown takes a deep “V” shape at the back, features a traditional full skirt overlaid with lace, and is cinched at the waist by a narrow black belt.

Get ready, @suits_usa fans! We have an exclusive first look at Mike and Rachel's "magical" wedding… and the dress! 💍💘 Harvey and Donna are there to witness the union as Best Man and Maid of Honor! Swipe through to see more photos from the nuptials, plus click the link in our bio for more. #Suits 📷: Ian Watson/USA Network

A post shared by Entertainment Weekly (@entertainmentweekly) on Mar 29, 2018 at 4:46pm PDT

Meghan was previously spotted wearing the dress for filming in Toronto late last year, ahead of the announcement of her engagement to Prince Harry. According to Hello!, Meghan joined other members of the cast and crew at the King Edward Hotel in Toronto; the magazine also estimated that the gown in question was a £5,400 (around $7,570 USD) style by Anne Barge, courtesy of Kleinfeld Canada (where Meghan’s best friend and rumored maid of honor, Jessica Mulroney, works as a communications consultant). If the dress looks familiar to Suits super-fans, that might be because it’s the same design that Rachel tried on in season five, before her wedding to Mike was eventually postponed.

Discussing her character’s gown in a past interview, Meghan revealed that Rachel’s choice was far from her “personal style,” explaining, “I’m a lot more relaxed than Rachel. Classic and simple is the name of the game, perhaps with a modern twist,” she added. “I personally prefer dresses that are whimsical or subtly romantic.” 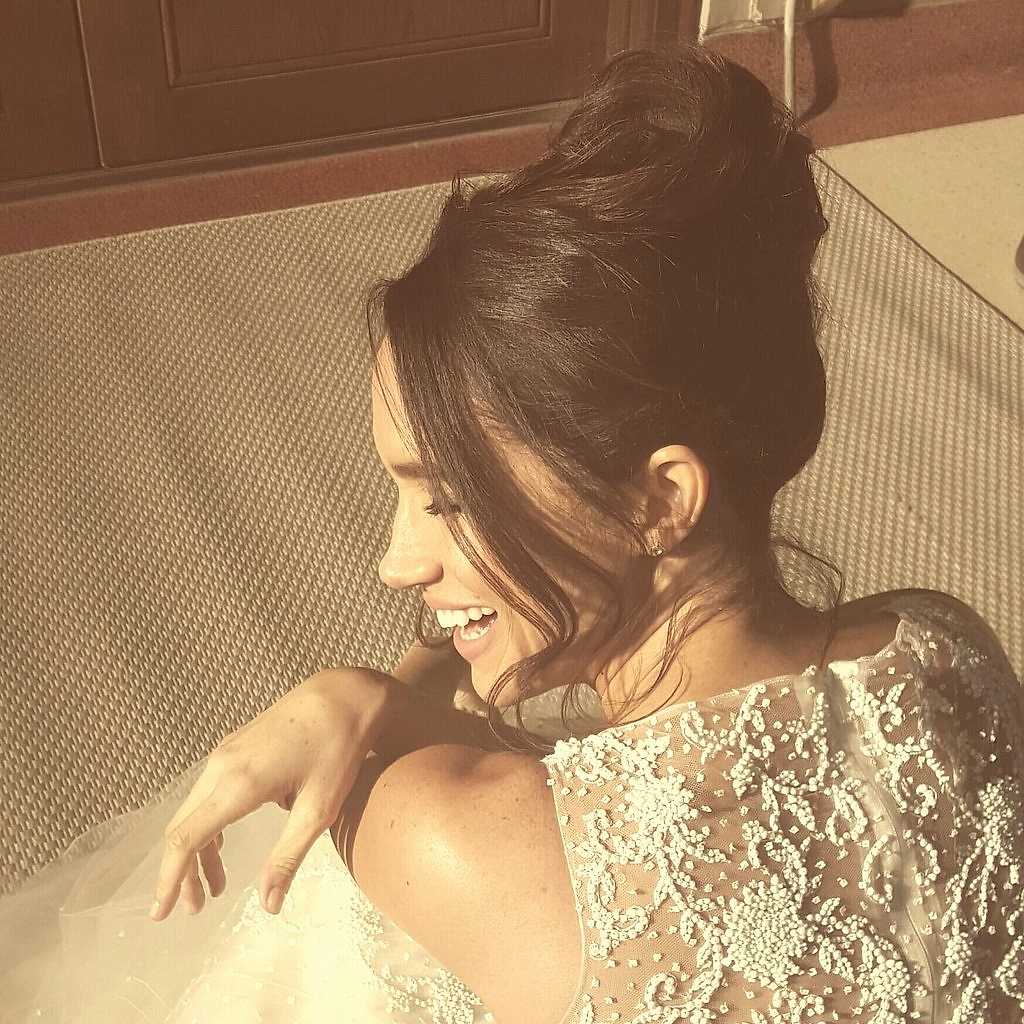 Suits creator Aaron Korsh also spoke to EW about the importance of giving Rachel and Mike a proper fairy-tale ending before both Meghan and Patrick departed the show. “I was pretty happy with [the ending] because I know we do a lot of bittersweet stuff on the show, and it just felt good to give them a really good send-off,” he said. “I was totally moved and I felt like the whole sequence does a really good job. I’m moved to tears, and then later I have a lot of joy but I also have sadness that these people are leaving.”

This post was written by Katie Rosseinsky. For more, check out our sister site, Grazia.