When it comes to Prince Harry‘s relationship with Meghan Markle, he’s not afraid to admit who wears the pants! (Hint: it’s not him.) The newly engaged couple recently visited urban radio station, Reprezent in Brixton, south London, where they chatted to dozens of DJs. During their chat, some of the DJs asked the prince about gender equality — he then turned to his fiancée to take the reigns.

“She answers the questions!” Prince Harry joked. “As males, we have to do our part, or it’s not going to work.” Meghan quipped, “Yes, talking of gender equality!” 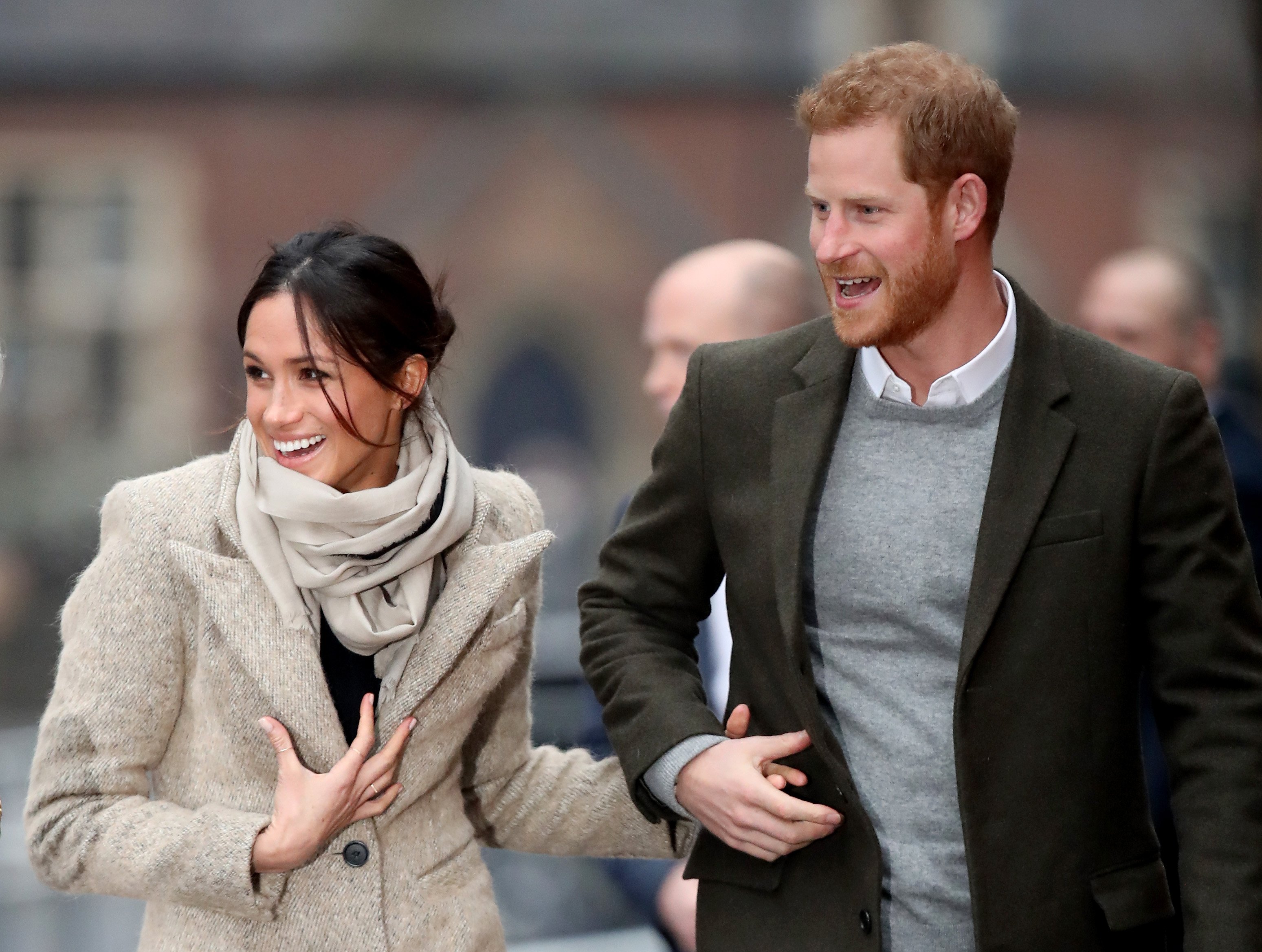 Meghan — knowing exactly how to answer the question — smoothly stepped in to speak about the important topic. She stated that it always comes back to women embracing their power. “You have to remind yourself that self-love is important,” she explained.

It made sense that Harry looked to the Suits star for answers. In addition to being an actress she is also an activist. “I am proud to be a woman and a feminist,” she said in 2015 during the 20th anniversary of the Beijing women’s conference that adopted a roadmap to achieve equality for women. Feminism isn’t just a trend to Meghan because she campaigned against Proctor & Gamble’s sexist advertisement at age 11.

The commercial for a dishwashing liquid with the tagline: “Women all over America are fighting greasy pots and pans.” She explained, “Two boys from my class said, ‘Yeah. That’s where women belong — in the kitchen.’ I remember feeling shocked and angry and also just feeling so hurt. It just wasn’t right, and something needed to be done.” So, after her father’s encouragement, she decided to write a letter.

“My 11-year-old self worked out that if I really wanted someone to hear, well then I should write a letter to the first lady. So off I went scribbling away to our first lady at the time, Hillary Clinton,” she added. She also penned pleas to Linda Ellerbee, who hosted a kids’ news program, in addition to “powerhouse attorney” Gloria Allred, and the manufacturer of the dishwashing soap. dishwashing one word? “It was roughly a month later when the soap manufacturer, Proctor and Gamble, changed the commercial for their Ivory Clear Dishwashing Liquid from ‘Women all over America are fighting greasy pots and pans’ to ‘People all over America,'” she continued. “It was at that moment that I realized the magnitude of my actions. At the age of 11, I had created my small level of impact by standing up for equality.” Talk about a royal for the modern age!

Meghan Markle and Kate Middleton Have Bonded During Girls’ Nights Out!