When Prince Harry and Meghan Markle married on May 19, Queen Elizabeth granted them the new titles of Duke and Duchess of Sussex. However, if the royal couple has daughters one day, there’s a chance they won’t be able to inherit the royal titles. That’s because the titles can only be inherited by a male heir. If they don’t have a son, their titles will end up just dying out. 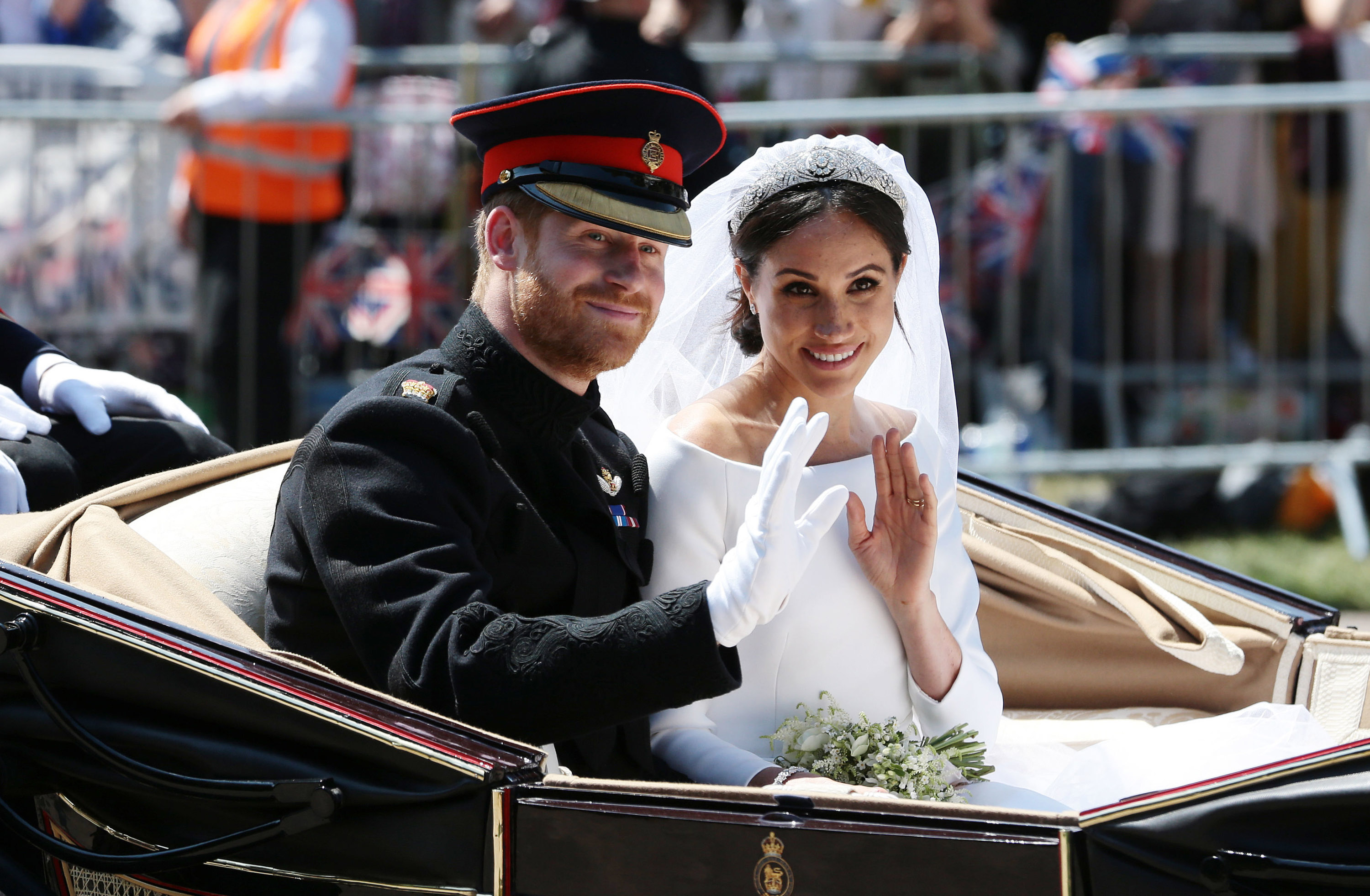 But don’t worry — the 2013 Succession to the Crown Act has changed things up a bit. It stipulates that regardless of gender, birth order determines who is next in line for the throne (this rule went into effect when Kate Middleton was pregnant with Prince George). After Prince Charles and Prince William, the order of the line of succession is Prince George, 4, Princess Charlotte, 3, and then Prince Louis, 1 month. Without the law, Princess Charlotte would have lost her position to her baby brother.

Considering Meghan and Harry are both feminists, we doubt either of them would let this happen to their future daughters. “He’s a feminist too, so there’s that,” Meghan once told a fan, according to People. Her bio on the royal family website even features a strong quote from her. “I am proud to be a woman and a feminist,” it says.

Harry and Meghan have been very vocal in the past about wanting children. And lucky for us, the duo is already trying for a baby just a few weeks after their wedding. “Meghan and Harry are already trying for a baby. They’d love to have at least two,” an insider told Closer Weekly in an exclusive interview. As Meghan’s former high school teacher, Wanda Rizzo, told Closer, “She’ll make a great mom!” We’re sure Meghan will be a strong role model for her children, just like her mother, Doria Ragland, and deceased mother-in-law, Princess Diana. A source revealed, “Doria raised Meghan to be strong, stand up for what she believes in, and embrace her roots.” We have a feeling Meghan and Harry’s future daughters will follow suit.

Here’s All the Things Meghan Markle Can’t Do Now That She’s a Royal!