In a plot twist that’s straight out of The Princess Diaries, it seems that Meghan Markle’s next six months will be very busy indeed. After her rule-breaking royal wedding, her calendar has reportedly been filled with half a year’s worth of “duchess lessons,” led by one of the queen’s most trusted advisors.

The “lessons” themselves will be more than just learning the correct fork to use at state banquets. According to Daily Mail, they’ll involve “six months of listening.” The paper reports that the new Duchess of Sussex is “seeking out advice from a range of people” about her new royal role, and is “going to proceed with humility.” She’ll be guided by Samantha Cohen, the queen’s departing assistant private secretary, who is set to swap Buckingham Palace for Kensington Palace in the final months of her royal tenure. 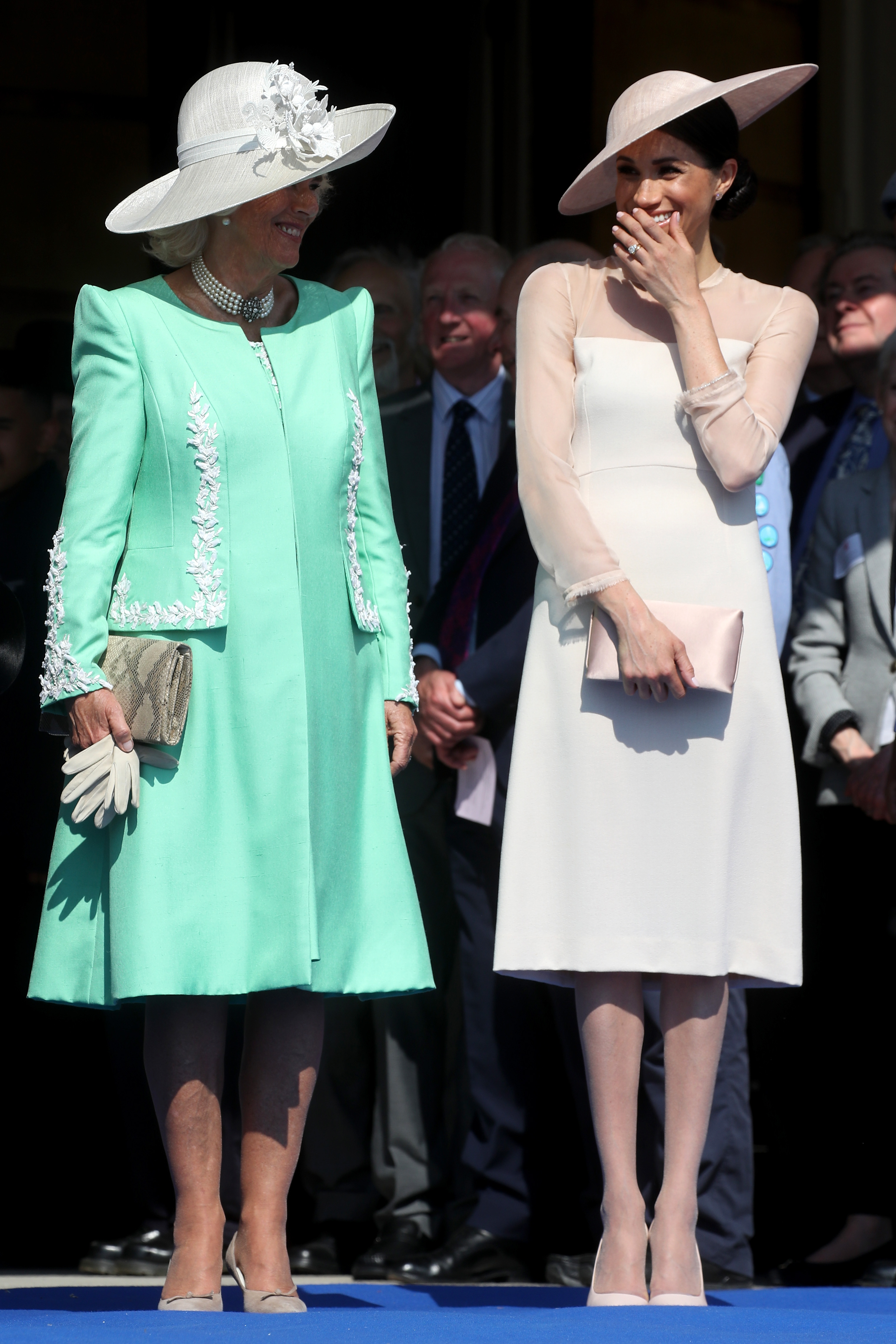 Cohen, who has worked with the royal family for the best part of two decades, is reportedly nicknamed “Samantha the Panther” for her no-nonsense attitude, and will be instrumental in helping Meghan adapt to her new royal role. Her temporary appointment comes after it was confirmed that Edward Lane Fox, Prince Harry’s private secretary of over five years, had resigned earlier this month. Amy Pickerill, formerly a senior communications officer at Kensington Palace, was also recently asked by the prince to become his assistant private secretary, with the specific responsibility of supporting Meghan.

Meghan’s first royal engagement, a Buckingham Palace garden party marking the Prince of Wales’ 70th birthday, came just three days after her wedding — and the fact that she selected a dress by Goat Fashion, a favorite of Kate Middleton, is far from a coincidence. According to a report in Vanity Fair, Kate has also stepped in to assist the royal family’s newest member. “Kate has been on hand to help Meghan get that polished royal look as has her stylist, Natasha Archer, who is Kate’s secret weapon in the style department,” a source told the magazine. “Meghan now needs to find her own stylist so that she can curate her own look, but both Kate and Natasha have been very kind in helping her out in recent months.”

This article was written by Katie Rosseinsky. For more, check out our sister site, Grazia.