Queen Elizabeth might be a stickler for tradition, but when it comes to her grandson Prince Harry’s new fiancée, Meghan Markle, the 91-year-old continues to throw away the royal rule book. In yet another groundbreaking moment for the royal family, Meghan joined the queen and the extended family for the annual pre-Christmas lunch at Buckingham Palace in London on Wednesday, December 20.

As a general rule, the queen has a “no ring, no bring” policy to family functions — Kate Middleton didn’t score an invite to Christmas with the royals until after she wed Prince William. 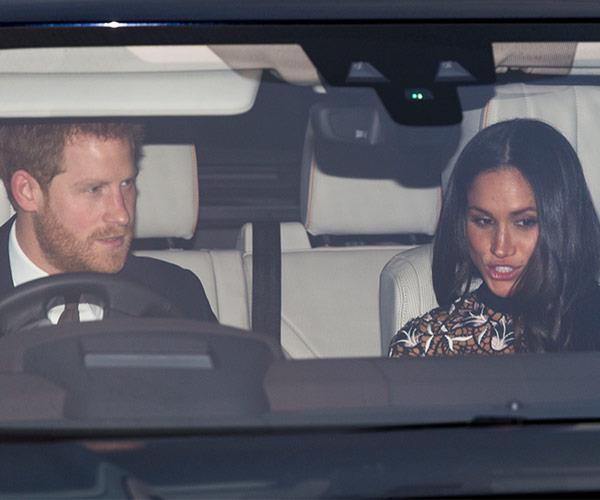 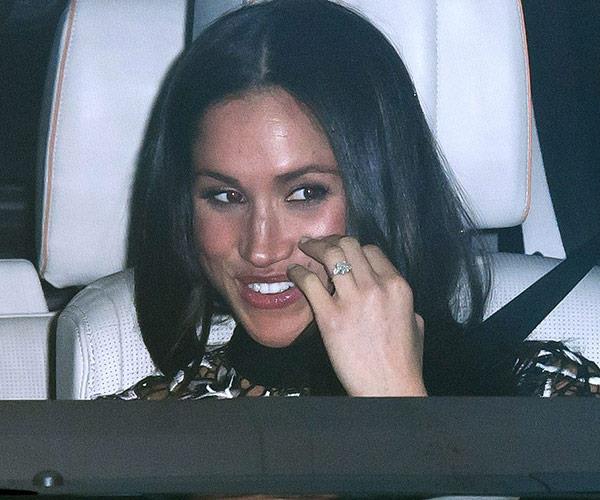 Meghan positively beamed as she was driven to the event in a Range Rover by her fiancé, Prince Harry. The 36-year-old stunned in a $500 lace dress from Self-Portrait, diamond drop earrings, and of course, her bespoke engagement ring, which was front and center as she waved to the crowds.

The annual feast is held every year and gives the queen the chance to catch up with family members who won’t be in attendance at her Sandringham Estate on Christmas Day. It will also serve as the perfect opportunity for Meghan to be shown the ropes at a royal bash ahead of the final act on December 25.

Prince George and Princess Charlotte were also in attendance and appeared a little weary as they left Buckingham Palace with Prince William, Kate Middleton, and their nanny, Maria Borello. 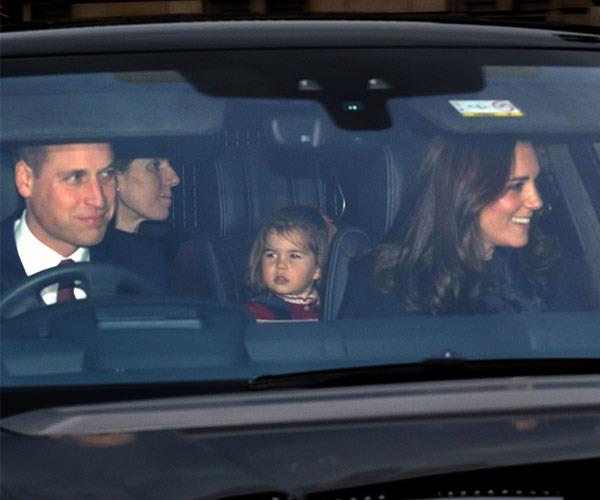 Meghan and Harry announced their engagement last month and have confirmed they’ll tie the knot on May 19 at St. George’s chapel at Windsor Castle.