(5/4) — A few days after announcing Ryan Seacrest would be her new Live cohost, Kelly Ripa is opening up about what made her choose him. In an exclusive interview with People she explained how she knew who her “TV husband” would be.

“It had to be somebody we would all want to hang out with — and not just on camera,” Ripa said. “Because we all do hang out together when we’re not on-camera. That’s an important thing.”

Indeed, Ripa and Seacrest have known each other as friends for years, and the duo have even worked out together.

But it wasn’t an easy decision to make. Ripa spent a whole year trying out a whopping 67 potential guest hosts, including Seacrest. Now that he’s all aboard, she’s ready to rave. 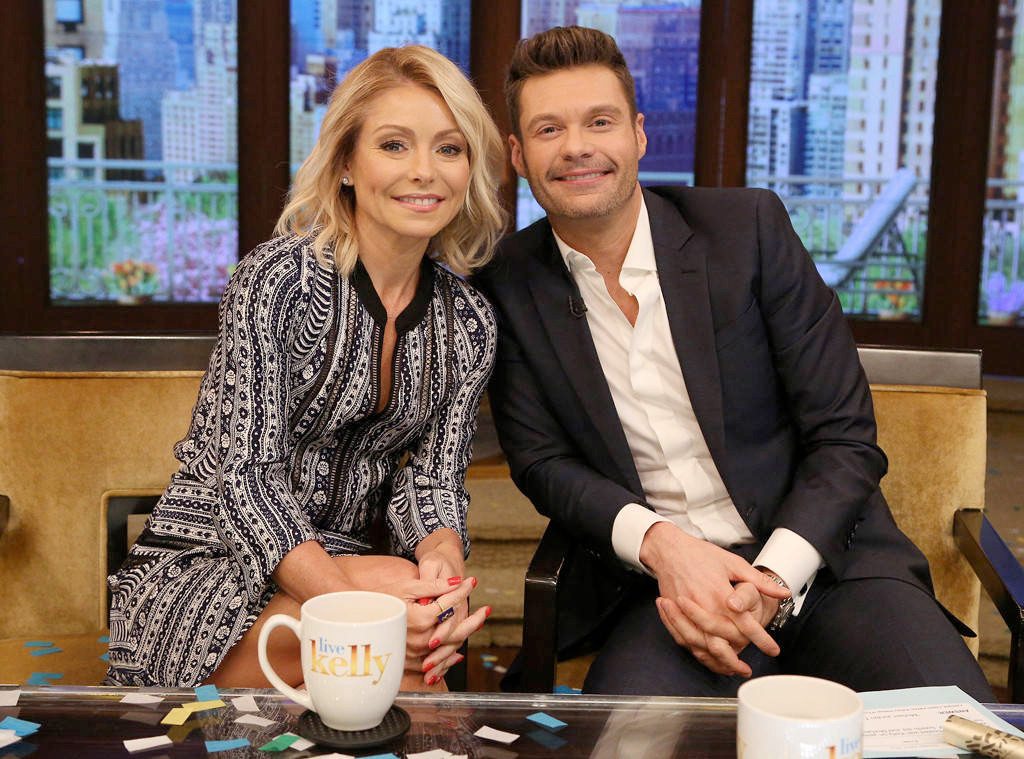 “He is just so professional and kind to everyone—and it’s not just ‘on-camera kind,’ ” she said. “He doesn’t turn it on and off. He’s kind backstage, and he’s kind first thing in the morning.”

Sounds like a dream co-host to us! We can’t wait to see what these two bring to the table.

(5/1) At last, Kelly Ripa has announced who will be filling former co-host Michael Strahan’s empty chair—and his replacement is someone you all know and love.

Ripa announced on May 1 that former American Idol host Ryan Seacrest would be her new co-host, ending a one-year search for Strahan’s successor.

“Today, the next chapter of the ‘Live’ story is about to be written,” Ripa said during the morning broadcast. She also thanked the steady stream of temporary co-hosts, including actor Jerry O’Connell and anchor Anderson Cooper, saying “they are a part of the ‘Live’ family forever.”

“So happy,” Seacrest said as he and Kelly walked on stage together after the big reveal. “So exciting.”

MUST-SEE: 13 of the Sweetest Moments Between Kelly Ripa and Mark Consuelos

Seacrest himself co-hosted Live with Kelly five times during Ripa’s search window for a new host.

According to The Hollywood Reporter, Seacrest has also been named executive producer, meaning he has essentially almost as much power as Ripa herself has.

Beloved for his time on Idol, Seacrest was once pegged for a position on the TODAY show. Now, the 9 a.m. spot will see Ripa and Seacrest compete against TODAY’s Megyn Kelly for ratings.

Seacrest already has a working relationship with ABC thanks to his experience hosting Dick Clark’s New Year’s Rockin’ Eve. The former Idol host will continue his radio show, which is broadcast on iHeartMedia, and ABC will apparently build him his own studio on-site.

Strahan’s departure from Live after four years next to Ripa came as a shock to his co-host. He reportedly notified Ripa just minutes before the news leaked to the press. Before Ripa announced Seacrest’s addition, the co-host position was highly coveted among A-list stars. Celebrities like Bravo’s Andy Cohen and former child star [Fred Savage] appeared on the show temporarily.

There’s no doubt that Seacrest’s addition will bring many new fans to Live. We wish the two the best of luck!

See some of Kelly’s most memorable guest co-hosts.

See Sophia Grace Through the Years