Kelly Clarkson candidly opened up about her recent weight gain in a new interview — and revealed she had suicidal thoughts when she was at her thinnest in the past. After releasing her second album, Breakaway, in 2004, Kelly recalled being pressured to be as “skinny” as other singers her age. “When I was really skinny, I wanted to kill myself. I was miserable, like inside and out, for four years of my life. But no one cared because aesthetically you make sense,” she told Attitude magazine.

Kelly — who battled bulimia during her high school years — remembered that time in her career as being “very dark.” The 35-year-old continued, “I thought the only way out was quitting. I, like, wrecked my knees and my feet, because all I would do is put in headphones and run. I was at the gym all the time.” Today, Kelly is finally happy in her skin. 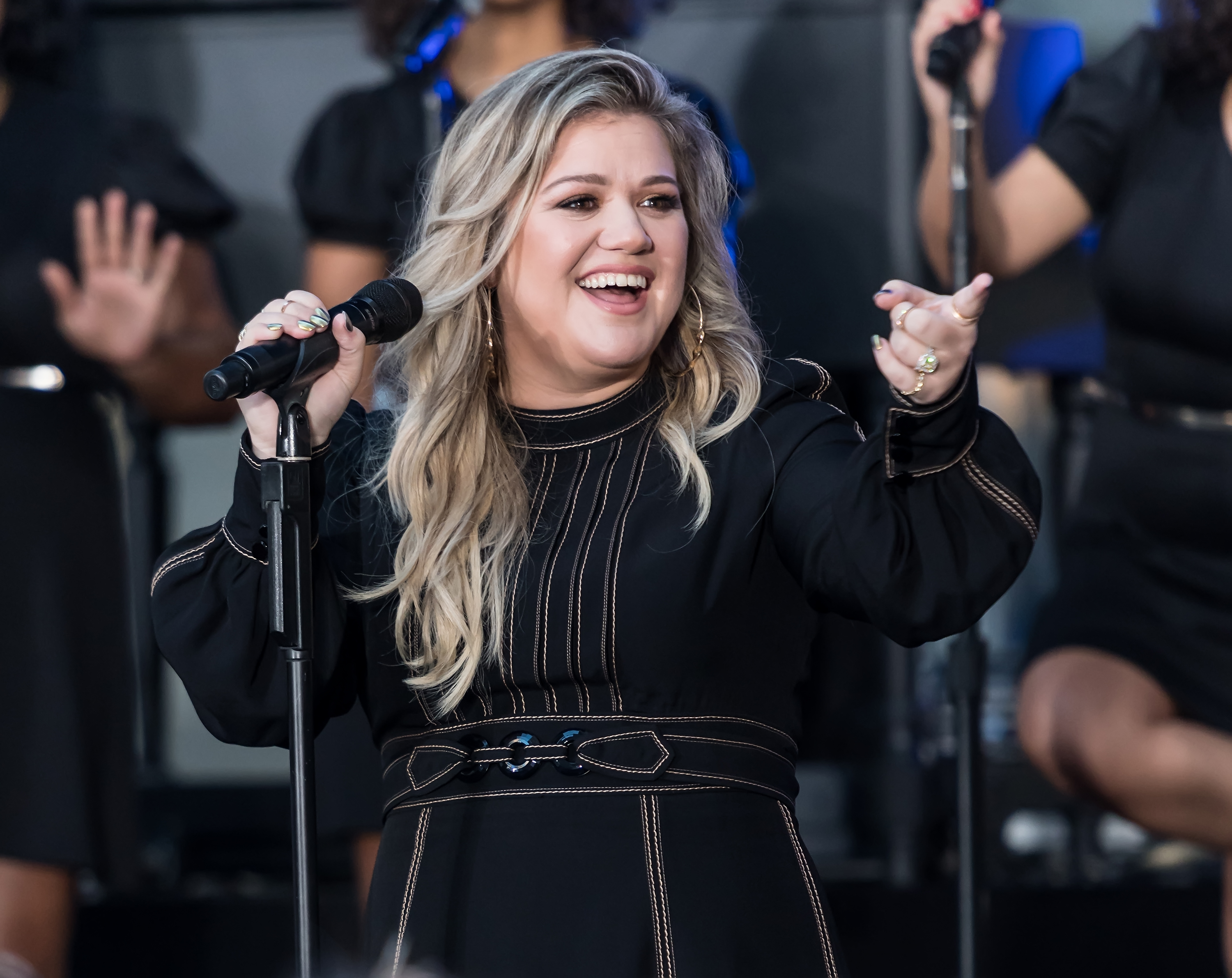 “I don’t obsess about my weight, which is probably one of the reasons why other people have such a problem with it. There are just some people who are born skinny and with a great metabolism — that is not me,” she previously told Redbook magazine. “I wish I had a better metabolism. But someone else probably wishes they could walk into a room and make friends with everyone like I can. You always want what someone else has.”

Since winning American Idol back in 2002, Kelly has not only achieved mega career success, but also happiness in her personal life. She tied the knot with talent manager Brandon Blackstock in October 2013, and the two are now parents to kids River Rose Blackstock, 3, and Remington Blackstock, 1. But, Kelly has admitted that balancing her career and family hasn’t always been easy. “It’s just so hard to have normalcy. I love to sing, and I love to talk to people at meet-and-greets. It’s just all the crap that comes along with this job… I don’t love traveling because I’m never home. It’s hard when you have a family,” she said in a past interview.