Can you believe Kathie Lee Gifford has greeted us almost every weekday morning for the past 10 years? As the TODAY Show host celebrates her 10-year anniversary at the popular morning show, we’re reminded of how fast time flies. After all, for most viewers, it’s hard to remember what it was like before Gifford and her co-host, Hoda Kotb, were there to brighten our mornings with their infectious energy and gal-pal friendship.

Though there are many moments during Gifford’s decade-long tenure that stand out as memorable, arguably her most touching and inspiring moment was when she returned to the show just days after her husband’s death. Back in August 2015, Gifford was getting ready for church when she discovered that her husband of nearly 30 years had passed away unexpectedly at their home in Connecticut. Just a week later, Gifford was back on the show with a candid and earnest message.

Watch footage from the emotional show below.

In an exclusive new interivew with Simple Grace, the actress, singer, and mother of two admits that even three years later, she’s still struggling with her husband’s death. “Our home used to be cozy, but now it feels huge and echoes with memories,” she said. “My toughest challenge is to not let my memories overwhelm me and cloud my vision of the future.”

Read more about Gifford’s transition from heartbreak to hope in the latest issue of Simple Grace, on stands now. 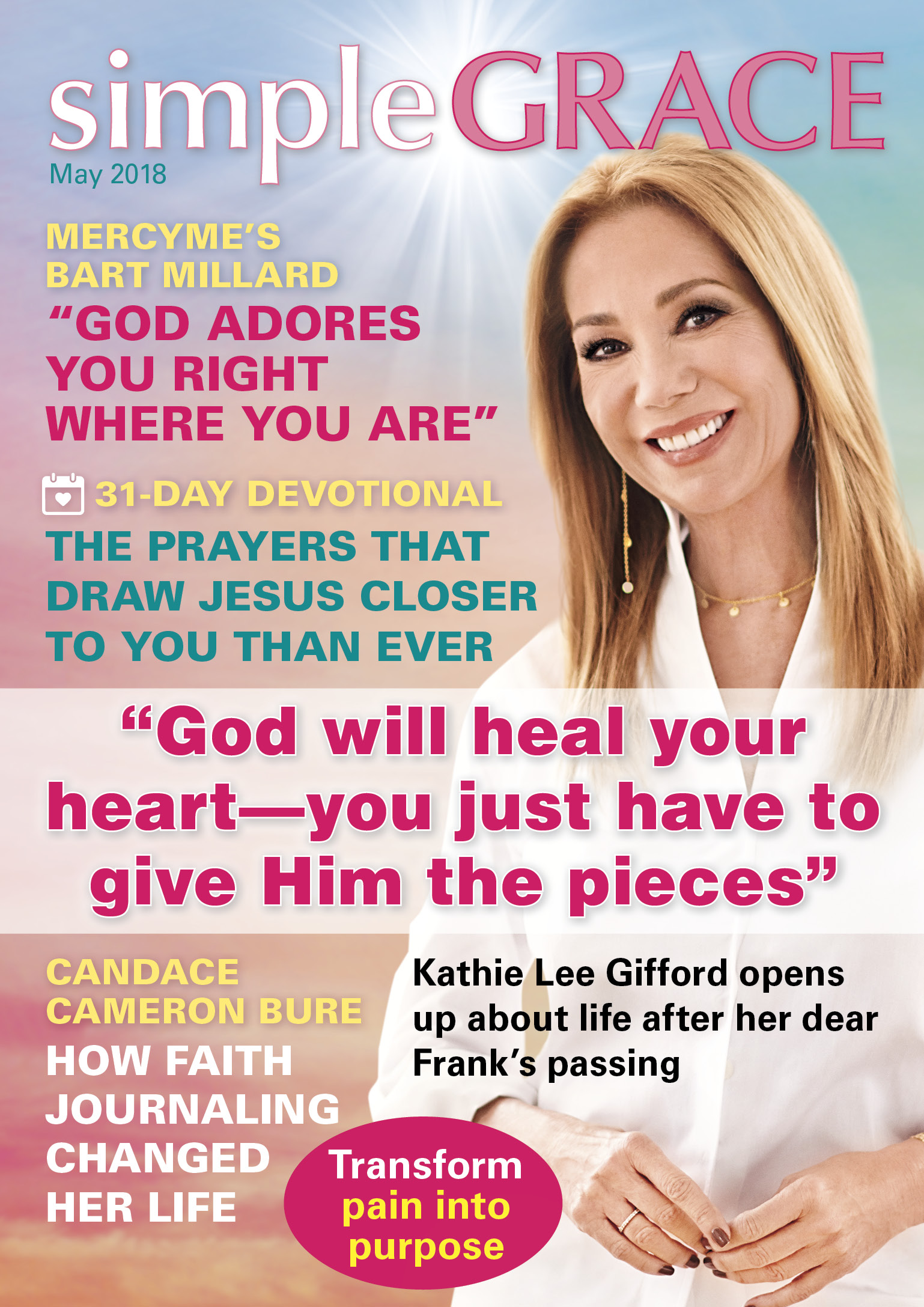 Read an Exclusive Excerpt From Kathie Lee Gifford’s New Book, ‘The Rock, The Road, and The Rabbi’

Kathie Lee Gifford Gets Real About Reclaiming Her Life After Heartbreak