When the Duchess of Cambridge stepped out in a white gown featuring asymmetric pleats and a low neckline, fashion pundits were quick to take notice. The dress, which was custom-made by Polish designer Gosia Baczyńska, was certainly a diplomatic choice, but it wasn’t what you would think of as her usual style. Accessorized with a fashion-forward statement necklace with four oversized pearls and her flowing locks swept up into a low chignon, it was a real departure for the usually sartorially safe royal. 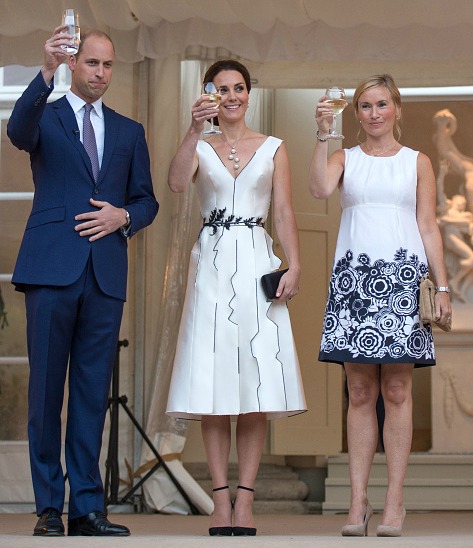 Even more recently, she stepped out for day two of the royal tour of Poland wearing a pretty matching floral set by Erdem, offering the slight promise of a flash of midriff if she lifted her arms up too high. While the designer itself may not be surprising — Kate frequently wears his designs, alongside those of Jenny Packham and Alexander McQueen — the outfit choice is a little unusual. And we like it. 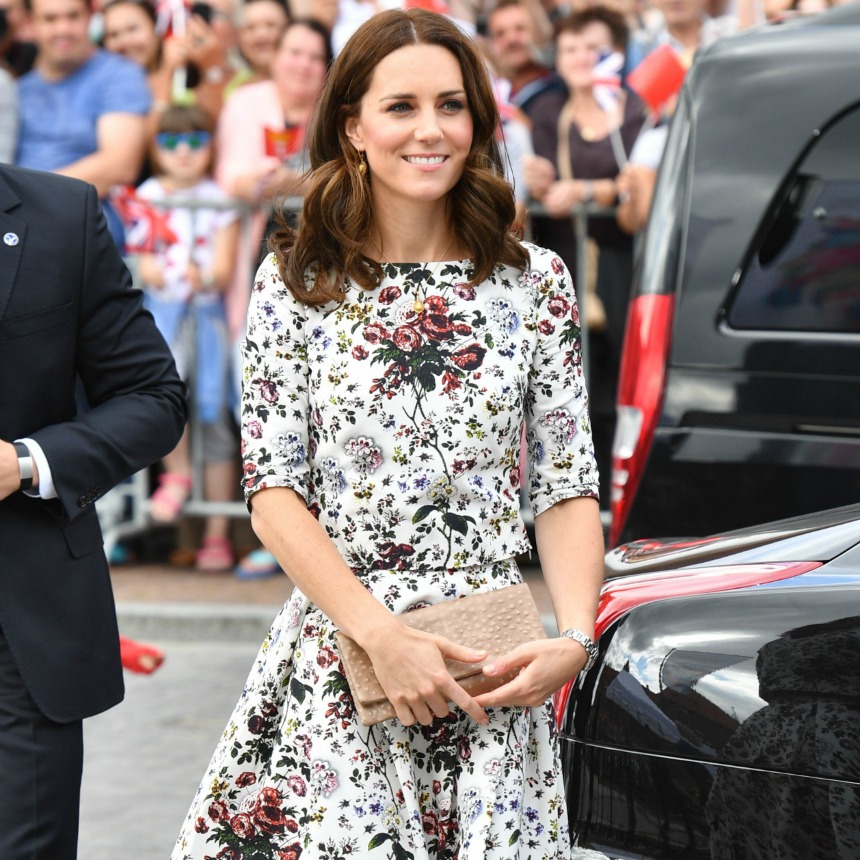 So are we seeing Kate Middleton’s style evolve for the third time (we’re counting her initial transformation from non-royal to royal)? These aren’t the first switches the Duchess has made in recent weeks. At a state dinner for the Spanish royal family, she surprised us with a plunging Marchesa gown, which she accentuated further with a statement ruby necklace which sat on her décolletage. It was a real princess moment for Kate, and one that made you forget about her reputation for “safe,” conservative fashion.

Check out Kate Middleton’s style before she was married.

Then, of course, there is the most headline-grabbing change she’s made: her hairstyle. After championing the glossy Chelsea blow-dry since day one, and occasionally toying with a side-swept fringe, she’s recently gone for the chop, debuting a long bob that is fondly being dubbed the “Kob.” 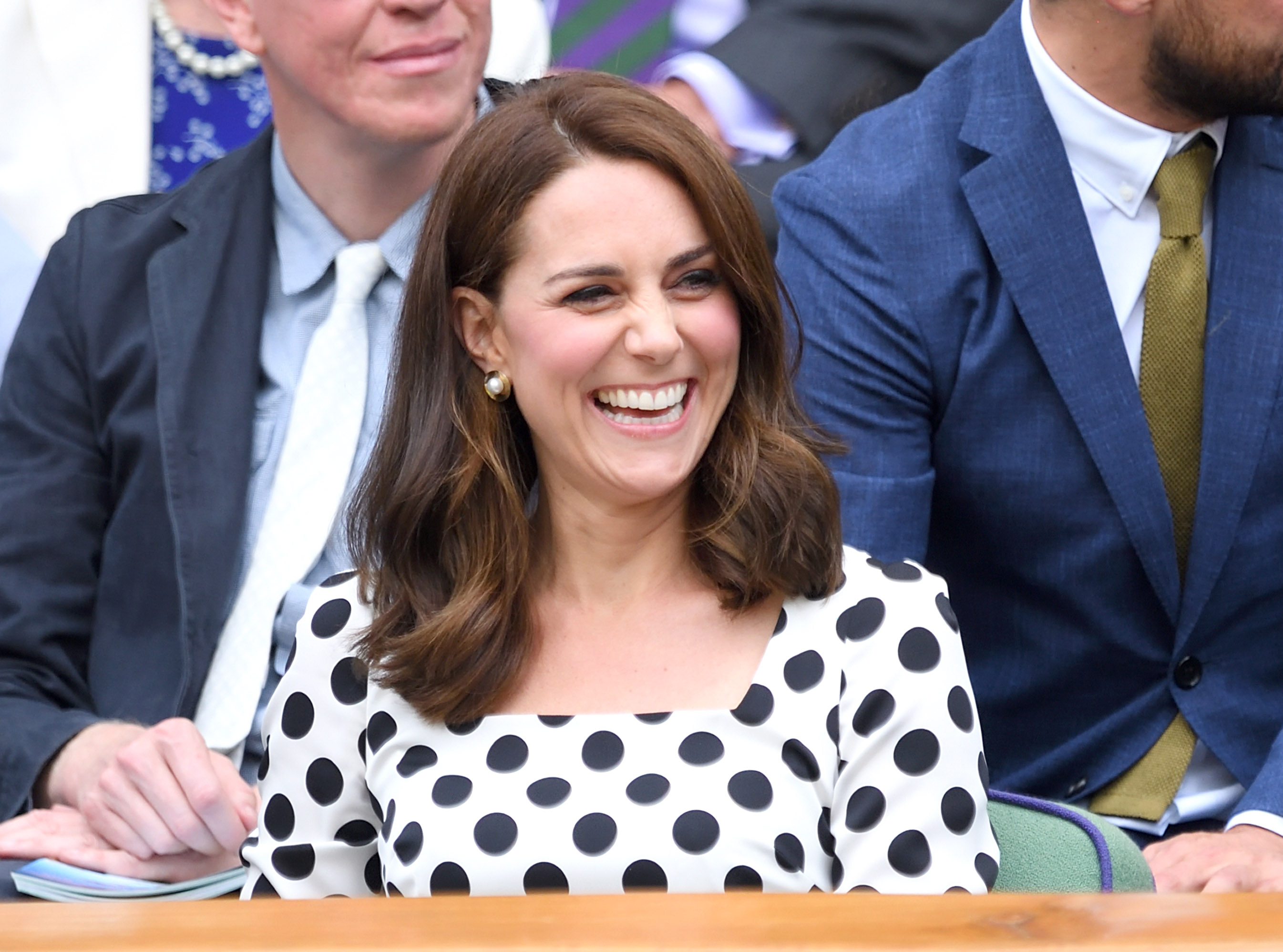 So, what’s behind the new look? Kate’s stylist, Natasha Archer, has remained the same since 2014, so it’s not that. Perhaps it’s something to do with the Duchess becoming more confident in her role — after all, she’s been part of the royal family for five years now, has two small children, and is in her prime fashion-wise (most women reportedly hit their fashion stride in their 30s) – that’s making her want to start taking more risks.

MUST-SEE: Famous Celebrities You Never Knew Were on the Royal Family Tree

There have been ripples of change happening throughout 2017. During her visit to Paris in March, she debuted the very same pearl necklace she wore in Poland. There have been occasions of late where she has not worn her nude L.K. Bennett heels. She’s been adding new designers to her wardrobe, too — namely Gucci, Preen by Thornton Bregazzi, and Oscar de la Renta.

Of course, Princess Diana famously also underwent something of a fashion coming-of-age, evolving from shy Di hiding in unusual ‘80s fashion to one of the best-dressed women in the world. And we’ve got a feeling that Kate is on the same trajectory. 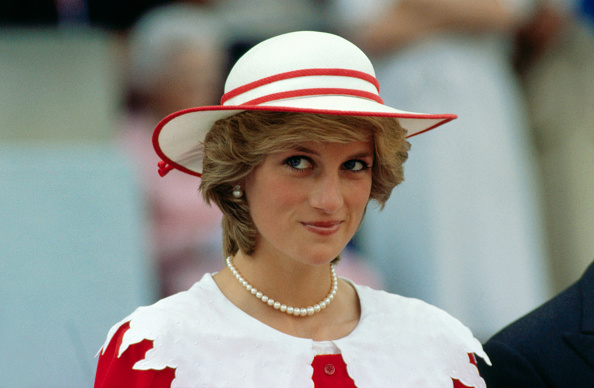 It’s anyone’s guess whether or not Kate will wear anything as iconic as Diana’s Serpentine mini, John Travolta ballgown, or Elvis collar, and it must be said that the Duchess does seem more at home in countryside leisurewear (à la her Vogue cover). The late Princess of Wales was completely immersed in the world of fashion, befriending designers and relishing the ability to tell stories with her clothes, and Kate has yet to show the same passion. But who’s to say that’s not Kate Middleton 4.0?

This post was written by Rebecca Cope. For more, check out our sister site Grazia.

How Princess Diana Smuggled Out Her Dramatic Audiotapes Without Anyone Noticing