Although Kate Middleton is unlikely to ever divulge the secrets of her daily routine, the duchess has certainly fine-tuned her signature beauty look to perfection since joining the royal family. There’s the glossy brunette blow out — dried with a slight wave and plenty of volume — the glowing complexion (reportedly thanks to Trilogy’s cult favorite and budget-friendly Rosehip Oil), strong brows, and a subtle smokey eye. It’s a classic look, and one that’s worthy of one of the most photographed women in the world.

Just as it’s rare for us to see the duchess testing out a bold red lip instead of the neutral pink she favors, Kate similarly steers clear of bright shades on her nails. In fact, she’s never been photographed at a public engagement sporting anything other than a barely-there manicure in the lightest shade of blush (though she sometimes plays things a little less safe when it comes to her pedicures). The reason? As with many of those niggling questions about royal behavior, it’s all a simple matter of etiquette. 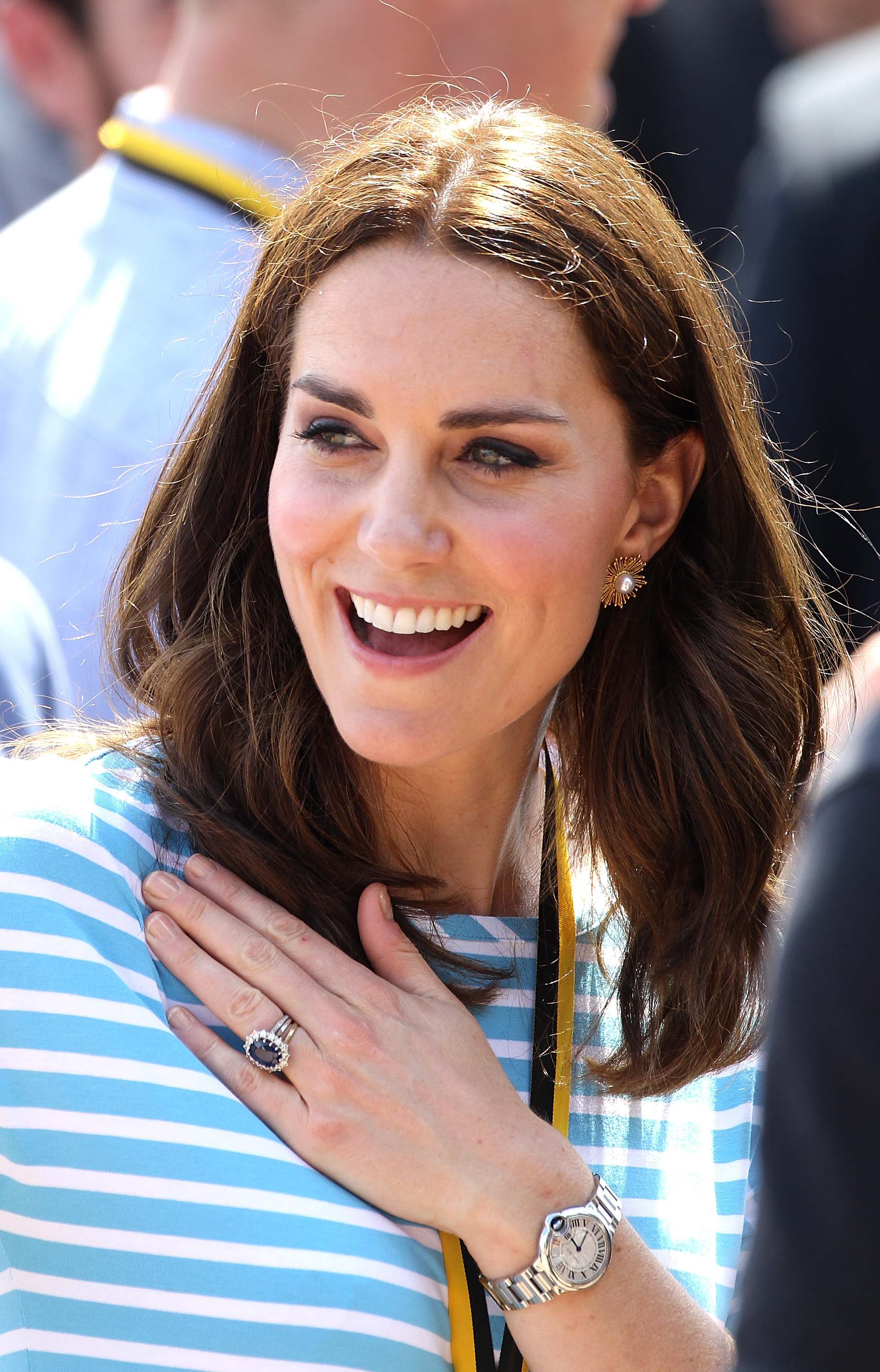 Just as the royals have to ensure that their outfits obey a strict set of sartorial rules, their beauty choices are similarly dictated by protocol. According to OK! magazine, certain well-placed sources have let it slip that wearing fake nails or colored nail polish is considered “vulgar” for royal engagements.

Instead of bright colors, the royals are encouraged to favor a neutral hue on the nails. Queen Elizabeth has famously favored Essie’s pale pink Ballet Slippers polish since 1989. Her hairdresser reportedly described it as “the only color her majesty would wear.” For her wedding day in 2011, Kate took her cues from her grandmother-in-law, opting to wear the same shade when she tied the knot with Prince William. Since then, she’s stuck close to the same formula: a neat manicure in a barely-there color.