They’re growing up so fast! George and Amal Clooney’s 10-month-old twins, Ella and Alexander, are officially talking, and their proud mom has finally revealed their first words. “We’ve had some ‘Mamas’ and ‘Dadas,'” the human rights lawyer gushed in a new interview. “George was very careful to ensure that ‘Mama’ was the first word.”

The mom of two, who’s gracing the May cover of Vogue, opened up about her babies, her career, and first meeting and falling in love with George. The actor also sat down for the interview and couldn’t help but gush about his wife. “Of course she was beautiful. But I also thought she was fascinating, and I thought she was brilliant,” he told Vogue. “Her life was incredibly exciting — the clients she was taking on and the superhuman work that she was doing. I was taken with her from the moment I saw her.” 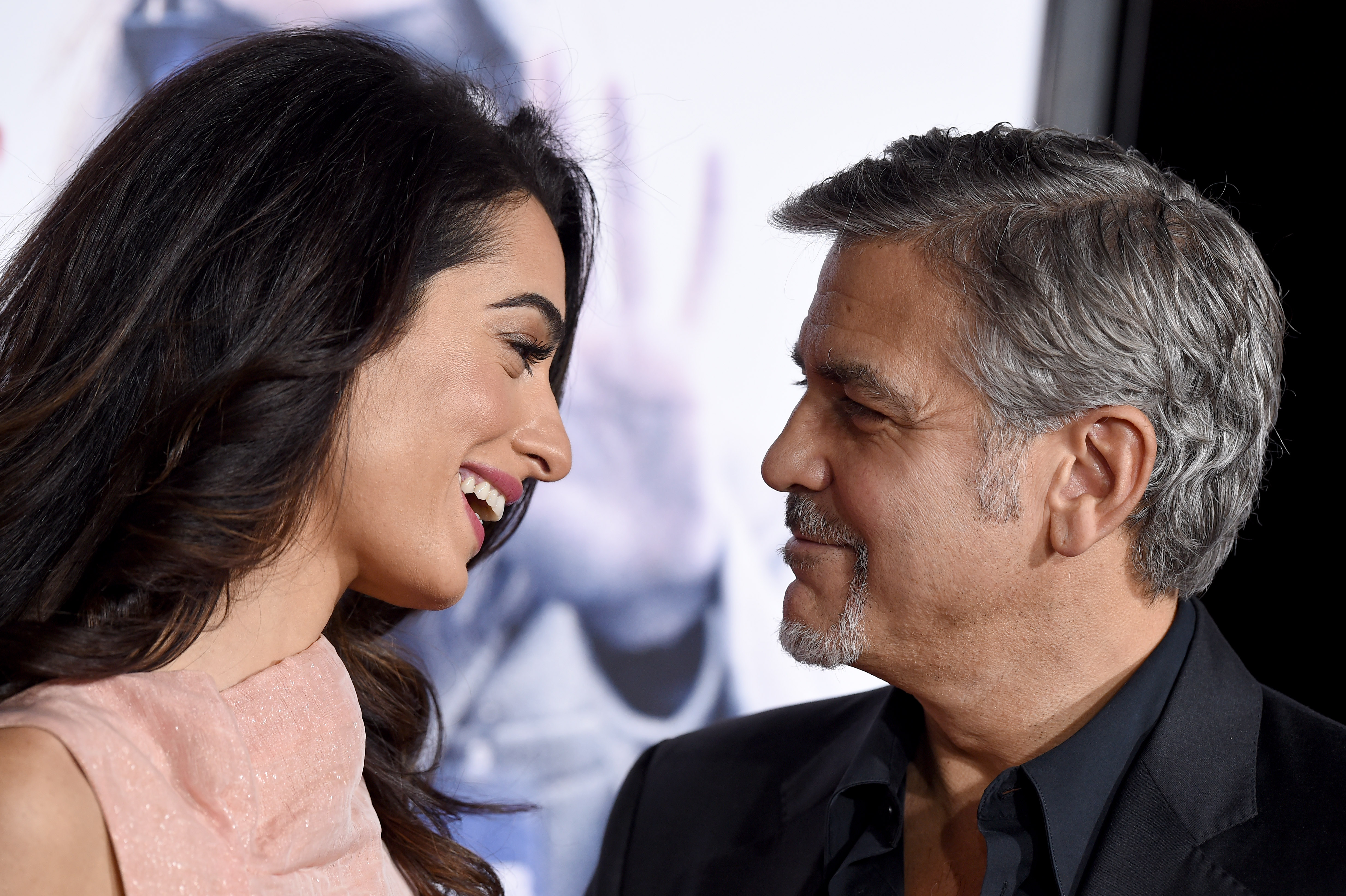 Amal revealed she felt the same way, and was immediately enraptured by George. “It felt like the most natural thing in the world,” she explained. “Before that experience, I always hoped there could be love that was overwhelming and didn’t require any weighing or decision-making. It’s the one thing in life that I think is the biggest determinant of happiness, and it’s the thing you have the least control over. Are you going to meet this person? I was 35 when I met him. It wasn’t obvious that it was going to happen for me. And I wasn’t willing or excited about the idea of getting married or having a family in the absence of that.”

For George — who was previously married to American actress Talia Balsam for four years before divorcing in 1993 — was also ready to give up on finding the one, until he met Amal, that is. “If you know anything about my crazy life, you know that I’d pretty much committed to the idea of never marrying again,” he continued. “But I started dating Amal, and I immediately knew that something was very different.”

For the whole story on how the couple met, check out the video below.

George Clooney and Amal Clooney Have One of Hollywood’s Most Romantic Love Stories!

George Clooney Is Working to Balance Family and Fame: “He Doesn’t Want to Leave Amal and the Kids”