There’s no denying most women love to talk, but hats off to any lady who can keep up with New York mom Fran Capo. For the past 32 years, Fran, 59, has proudly held the Guinness World Record for the world’s fastest-speaking woman by saying 603.32 in 54.2 seconds! That’s an astounding 11 words per one second, which certainly saves her a lot  of time on idle chitchat! 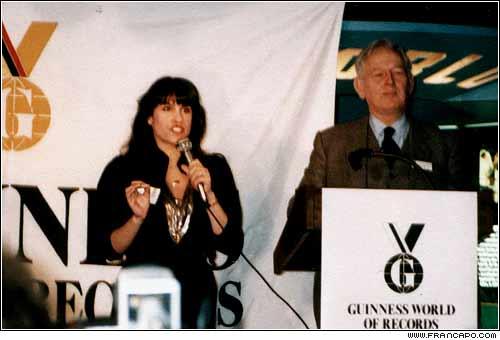 “It’s funny the way people react when I talk really fast,” laughs the mom-of-one. “A lot  of the time they look at me and go, ‘Huh?'” Fran, who’s also a stand-up comedian, motivational speaker, and the author of 19 books also holds the world record for the highest elevation for a book signing. She tells Woman’s Day she’s been talking fast for more than 30 years.

“It all started when I was working at a radio station in New York doing the weather and traffic as this character June East,” recalls Fran. 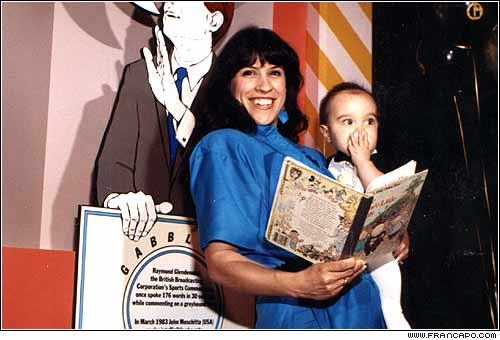 “A reporter from a local newspaper called and asked me how long I’d been doing it [talking fast]. Then she asked me what I was planning on doing next. I didn’t have a next,  so I blurted, ‘Oh, I’m thinking  of breaking a world record.'”

After buying a Guinness World Records book, the self-confessed motormouth was intrigued at the fastest-talking record sitting at 552 words a minute.

“I figured, what the heck! I’ll go for that,” she says. “It was printed in the paper, and the next day  a TV show asked me to go on  air and break the world record. So I did,” she says, smiling.

This post was written by Jasmine Kazlauskas. For more, check out our sister site Now to Love.

More From First For Women