We’ve been desperate for Desperate Housewives star Eva Longoria to get recognition for her immense talent, and on April 16, our dreams became a reality. That’s when the 43-year-old actress — who happens to be pregnant, by the way — received a star on the Hollywood Walk of Fame as some of her famous friends watched on.

“What a dream come true today!” she wrote on Instagram prior to the ceremony. “Receiving my star on the Walk of Fame is an honor I can’t even believe I’m going to experience! Can’t wait to join all the legends and even more so, can’t wait for all of y’all to go and visit it!”

What a dream come true today! Receiving my star on the Walk of Fame is an honor I can’t even believe I’m going to experience! Can’t wait to join all the legends and even more so, can’t wait for all of y’all to go and visit it! ⭐️⭐️⭐️

In the audience were her friends Ricky Martin, Anna Faris, and Victoria Beckham, as well as her Desperate Housewives co-star Felicity Huffman, accompanied by husband William H. Macy. And other celeb pals sent their congratulations from afar. “I wish I could be there cheering you on!” said Gina Rodriguez in an Instagram comment. The celebration continued even after the ceremony — Longoria attended a luncheon with Kerry Washington and Reese Witherspoon. “Congrats @EvaLongoria for your [star] on the Hollywood #WalkofFame,” Witherspoon tweeted. “This woman is a superstar actress, producer, and director (not to mention soon-to-be-mama!) who is changing Hollywood with everything she touches! Making pure gold, baby!” 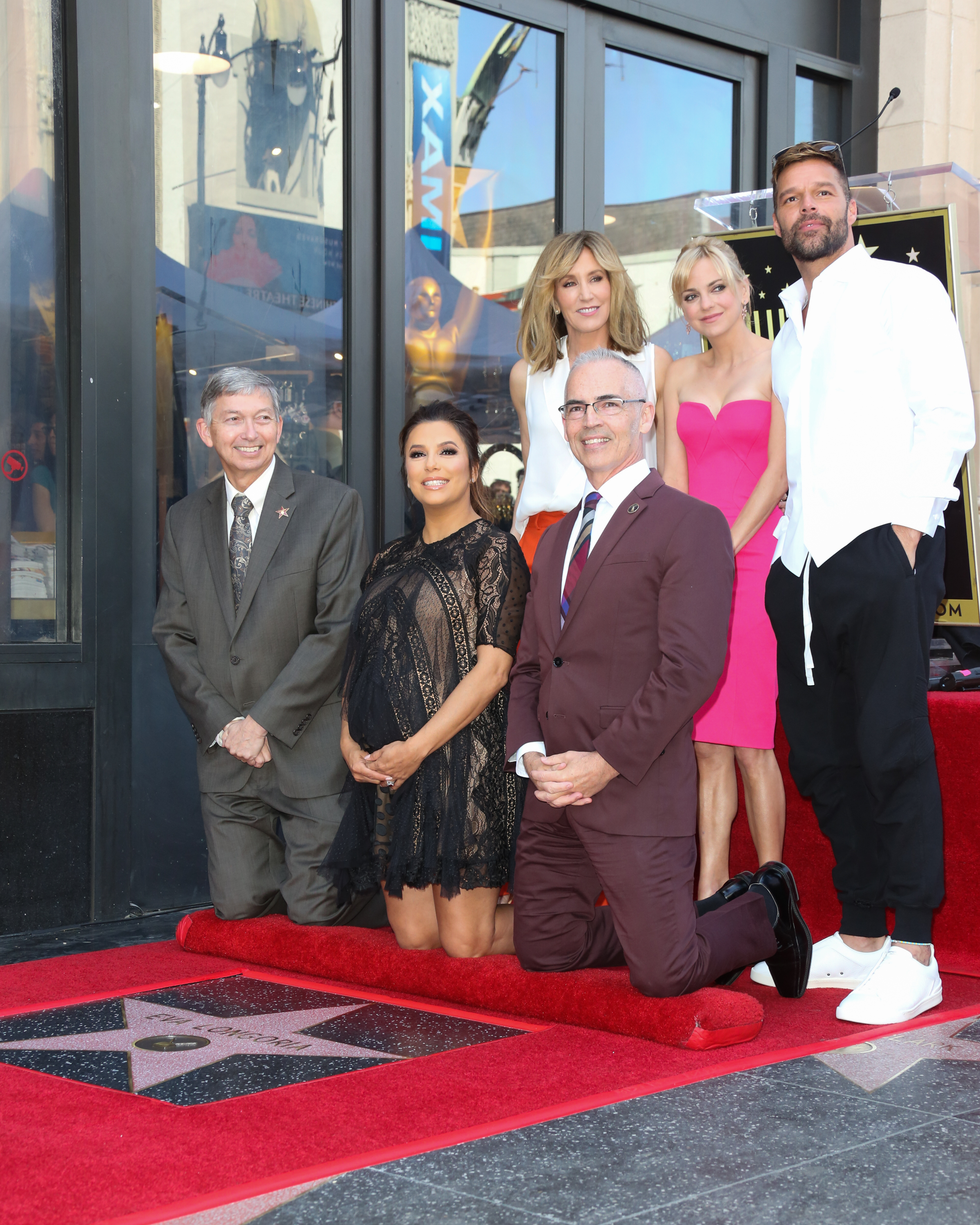 That’s for sure! In addition to her roles on Desperate Housewives and Telenovela, Longoria has also served as a producer of the film John Wick and an executive producer of the TV show Devious Maids, the documentaries Food Chains and Ours Is a Future, and the ABC pilot Grand Hotel. Plus, she has directed episodes of Jane the Virgin and Black-ish. Along the way, she has earned multiple ALMA Awards, Screen Actors Guild Awards, People’s Choice Awards, and Teen Choice Awards.

As for Longoria, she’s still coming down from the high. “I’m officially available to be walked all over!” she tweeted later that day. “What an honor! Thank you Hollywood Chamber of Commerce and everyone who helped make this happen!”

Want a more personal look into Eva’s life? Check out the video below.