Angelina Jolie stepped out with her six kids while in Paris on Tuesday, January 30 — and we can’t get over how grown up her brood looked during the rare outing!

The actress was seen posing outside the Louvre Museum with Maddox, 16, Pax, 14, Zahara, 13, Shiloh, 11, and twins, Knox and Vivienne, both 9. Watch the video below to see the new photos of Angelina with her children!

It’s rare that we get to see the A-lister out and about with all of her children, probably because it’s a lot of work! She joked in a previous interview that when her kids were younger, she went to a movie premiere with pee on her! “I actually went to a premiere once with pee on me,” Angelina confessed. “It was when the kids were little and I just got peed on at the last minute. There was nothing to do but wear it.” Too funny! 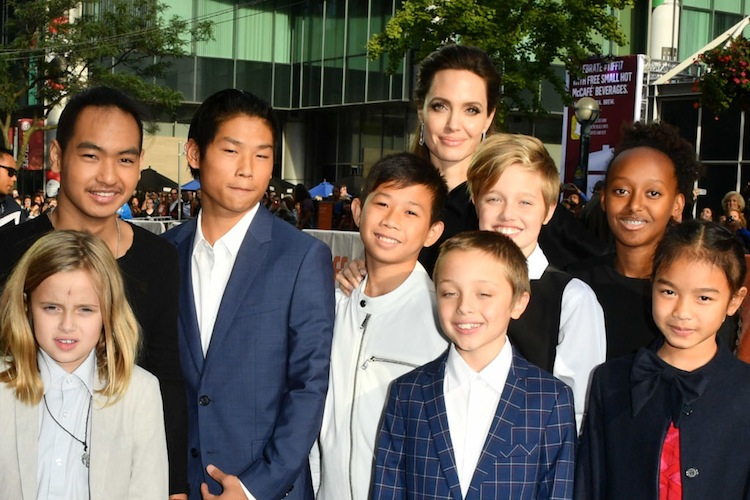 Angelina is clearly a supermom, and we really respect her for always putting on a positive face for her kids during her “difficult” divorce. “I do not want my children to be worried about me,” she once said. “I think it’s very important to cry in the shower and not in front of them. They need to know that everything’s going to be all right even when you’re not sure it is.” We think you’re a great mom, Ang!

Jon Voight Has Made Peace With Daughter Angelina Jolie: “This Story Has Come Full Circle” (EXCLUSIVE)