She’s certainly the best role model for her girls! Angelina Jolie has always stressed the importance of empowering women, and with three young daughters of her own, it’s obvious why she’s so passionate about this message. In the March issue of Elle magazine, the mother-of-six discusses her activist work, as well as the inspiring advice she always gives her daughters.

“I tell my daughters, ‘What sets you apart is what you are willing to do for others,'” the Oscar-winning actress said during the interview conducted by former Secretary of State John Kerry. “‘Anyone can put on a dress and makeup. It’s your mind that will define you. Find out who you are, what you think, and what you stand for. And fight for others to have those same freedoms. A life of service is worth living.’” 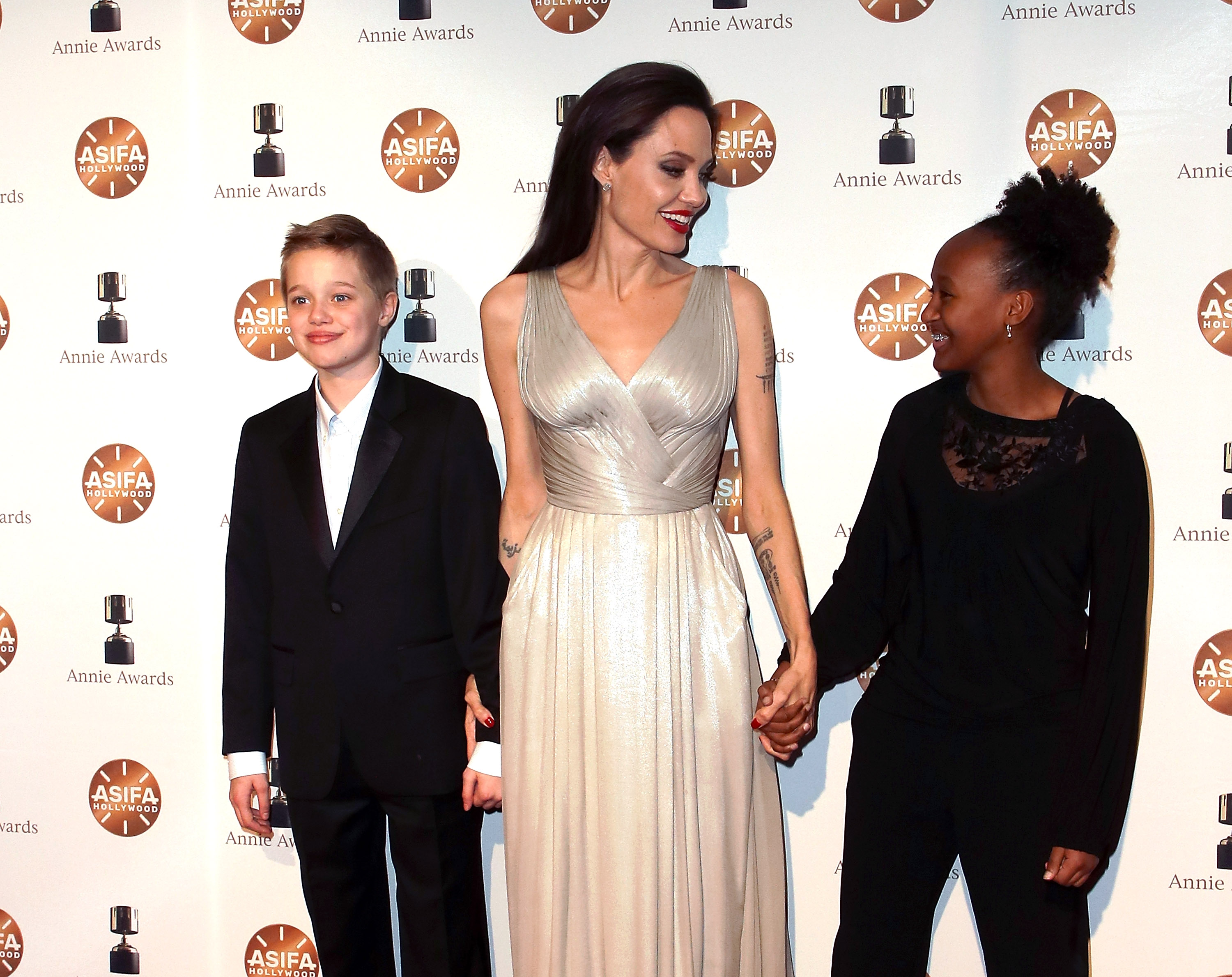 The activist continued: “I think of how hard women fought to get us to where we are today. Everything counts, from the way you hold yourself in daily life and educate yourself on your own rights, to solidarity with other women around the world.”

Angelina sat down with the politician in honor of International Women’s Day on March 8. “My daughters have the freedoms they have because of being American. And we are at our best when we are fighting for others to have the same rights. Particularly other women,” she said.

Angelina also explained the progress that’s been made for women’s rights, especially internationally. “In some countries, sexual violence is less of a taboo discussion. It’s something more people expect their leaders to act on. Over 150 countries have signed a commitment to end impunity for war-zone rape,” she said. “There are new teams in place to gather evidence and support prosecutions. I was in Kenya last summer as UN peacekeeping troops received new training, since peacekeepers have been part of the problem. We’re working with NATO on training, protection, and getting more women in the military. But there is so far to go.”

She has made sure that her daughters are aware of the on-going feminism movement. She’s exposed them to much of the culture surrounding women, and most recently, she brought her two eldest daughters, 13-year-old Zahara and 11-year-old Shiloh, to the 2018 Annie Awards. The proud mom was in attendance for the Oscar-nominated animated film The Breadwinner, which she executive-produced. The film centers around a young girl in Afghanistan who has to disguise herself as a boy so that she can provide for her family.

“I am proud to be a part of this beautiful film with this timely and very important subject matter,” Angelina said to People back in May 2017. “Millions of girls around the world have to grow up before their time, working to provide for their families at a very young age and in difficult circumstances. They have the strength to do what no one should ask little girls to do. I hope this film is able to bring this discussion to a broader audience.”

Every Question You’ve Ever Had About Brangelina’s Adorable Child, Shiloh Jolie-Pitt, Answered!

Jon Voight Has Made Peace With Daughter Angelina Jolie: “This Story Has Come Full Circle” (EXCLUSIVE)