An Elf on the Shelf trick is impressing busy parents with its ability to save them time. Mom Courtney Boles previously came up with an idea that meant she didn’t have to find different places for Santa’s scout to hide each day.

She posted pictures on social media that went viral and they have resurfaced this year in the run-up to the holidays.

Santa Claus sends elves to keep watch over the happenings in the homes of children, and once everyone is asleep, the elf flies back to the North Pole to report back to Santa if the kids have been good or bad. Each morning, when the elf returns, he plays hide and seek with the family as he sits in a different spot each day.

Instead of finding a new place for the festive spy, Boles made a way for the elf to stay put by putting a cast, signed by Santa and his reindeer, over his leg, and telling her kids he had broken his limb. She wrote on Facebook: “Poor Buddy fell and broke his leg, he has strict orders from Santa not to move for two weeks! Parenting WIN!!” 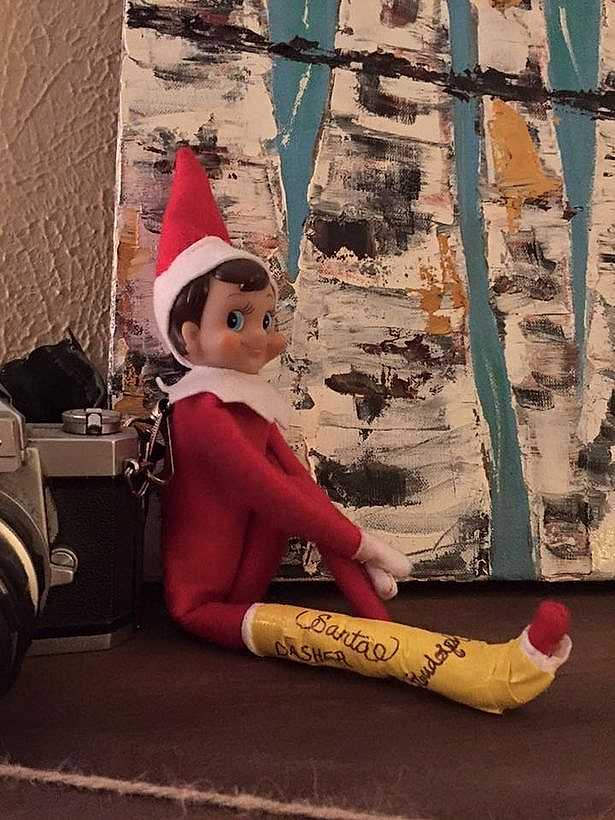 Boles’ photos have been shared more than 40,000 times and they are going viral again this year as parents copy her idea.

Boles was criticized, however, by some who thought she was not getting in the Christmas spirit for her children. But she defended herself, explaining that her son is autistic and struggled to follow the rules of not touching the elf.

She added that she was going away to support her soccer playing daughter while her other children stayed with their grandparents and thought it was easier to make up an excuse for why Buddy couldn’t go, too.

This post was written by Owen Tonks. For more, check out our sister site Closer.

How to Make Sure You’re Buying Safe, Non-Toxic Toys This Christmas

Cheap and Easy Christmas Decorations to Make at Home