At one time, trehalose — a natural sugar found in fruit juice, cakes, and chewing gum, among other sweet treats — was thought to have life-extending properties. But now, new research shows that the once-healthy additive could be fueling the rise of a dangerous superbug. The superbug in question? Clostridium difficile (C. difficile).

What is C. difficile? 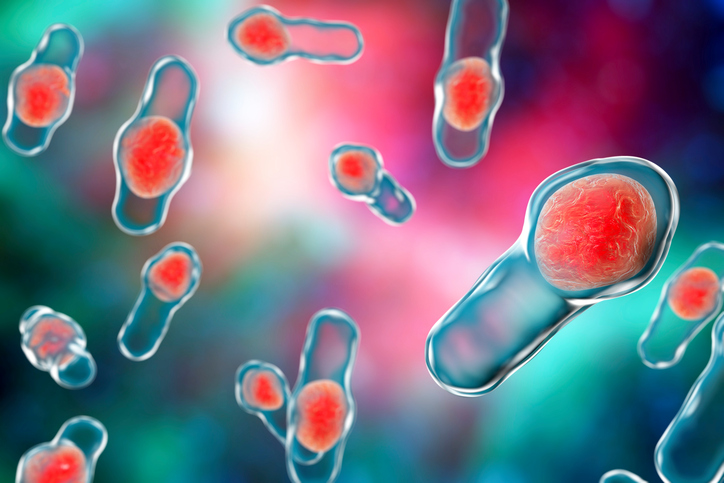 C. difficile is a bacterium capable of causing some of your worst nightmares to come true — i.e. life-threatening diarrhea, toxic megacolon (an abnormal dilation of the large intestine combined with shock, fever, or abdominal pain), colitis, organ failure, and in severe cases, death.

Nearly one half of a million people were infected in 2011, according to the Centers for Disease Control and Prevention (CDC). The CDC reports more than 29,000 of those patients died within the first 30 days of being diagnosed, with 15,000 deaths directly linked to the infection.

In 2013, things got even worse. The CDC classed the threat level of C. difficile as urgent and published the bug as one of the top three of 18 drug-resistant microbes.

Not knowing exactly what was causing the infection, scientists began to dig deep. In previous years, researchers blamed antibiotics for the bug, claiming that the misuse and overuse of antibiotics had made the infection antibiotic-resistant. In hopes of figuring the mystery out once and for all, scientists from the Baylor College of Medicine in Texas examined two strands of C. difficile, only to find that both strands were using trehalose (a super common sugar additive used in sweeteners) as their main energy source — in other words, they were feeding off of it. Actually, “feeding” is an understatement; the strands were feasting, and — like the incredible Hulk — were getting stronger, and stronger with each bite.

Once the researchers found out trehalose was connected to the infection, they decided to test their hypothesis on mice by altering their diets. In the end, researchers noticed a higher death rate in mice who consumed trehalose. Which means, that the Hulk-like bacteria was getting stronger with each taste of trehalose.

Trehalose and the Food Industry

If you’re wondering why this infection trap seems to be happening more and more each year, it’s because of the food industry. As we mentioned before, trehalose is used in everything from sweeteners to pre-packaged cookies to cakes.

“Although considered an ideal sugar for use in the food industry, the use of trehalose in the United States and Europe was limited before 2000, owing to the high cost of production (approximately U.S. $700 per kilogram),” the authors in the study noted. “The innovation of a novel enzymatic method for low-cost production from starch made it commercially viable as a food supplement (approximately U.S. $3 per kilogram).”

“It is impossible to know all the details of events surrounding the recent C. difficile epidemics, but the circumstantial and experimental evidence points to trehalose as an unexpected culprit,” the authors concluded.

But, before you freak out, this evidence doesn’t really prove whether trehalose had a helping hand in fueling the epidemic. Which means you’re not going to die from your morning coffee sweetener.

“What this work does suggest is that if a hospital or long-term nursing care facility has an outbreak of C. difficile caused by a RT027 or RT078 strain, then patients’ diets should be modified to restrict trehalose consumption,” Robert A. Britton — who is a professor of molecular virology and microbiology at Baylor College of Medicine, told MedicalNewsToday.

While these findings are interesting and definitely worth checking in to, Professor Britton has a point. If you’re not stuck to a bed in a confined space full of sick people, you should be fine.

9 Quick and Easy Tips That Will Help You Remember Anything

If You Can Never Remember People’s Names, You Must Try This Trick

Drink Up, Champagne Lovers! It’s Good for Your Brain!