All eyes are beautiful eyes, but a recent study says there’s one trait that makes them — and you — more attractive: limbal rings. Apparently, one of the reasons you and your husband were first drawn to each other could have been because of the dark ring around your irises.

Limbal rings’ clarity fluctuates based on a series of factors including health and age. So what we’re unconsciously doing is essentially using limbal rings as an indicator of someone’s overall health. Because our bodies are still hard-wired for survival, this is when biology kicks in and we, without knowing it, seek out healthy partners to pass on our genes.

To test how much limbal rings can affect the desirability of short- and long-term partners, researchers at the University of Southern Mississippi, Hattiesburg devised an experiment where they asked participants to make judgments about a series of faces side by side. One photo showed a person with limbal rings while the second photo showed the same person without limbal rings.

The study, which was published in the journal Personality and Social Psychology Bulletin showed that when participants were asked to judge the health of the person in the photo, they more often chose the photograph of the person with limbal rings as the healthier individual. When researchers asked the participants to rate the photographed person’s attractiveness, women found men with limbal rings to be more desirable short-term partners. However, when the female participants were asked to consider the person’s desirability as a long-term partner, they expressed that the presence of limbal rings, or lack thereof, made no difference. 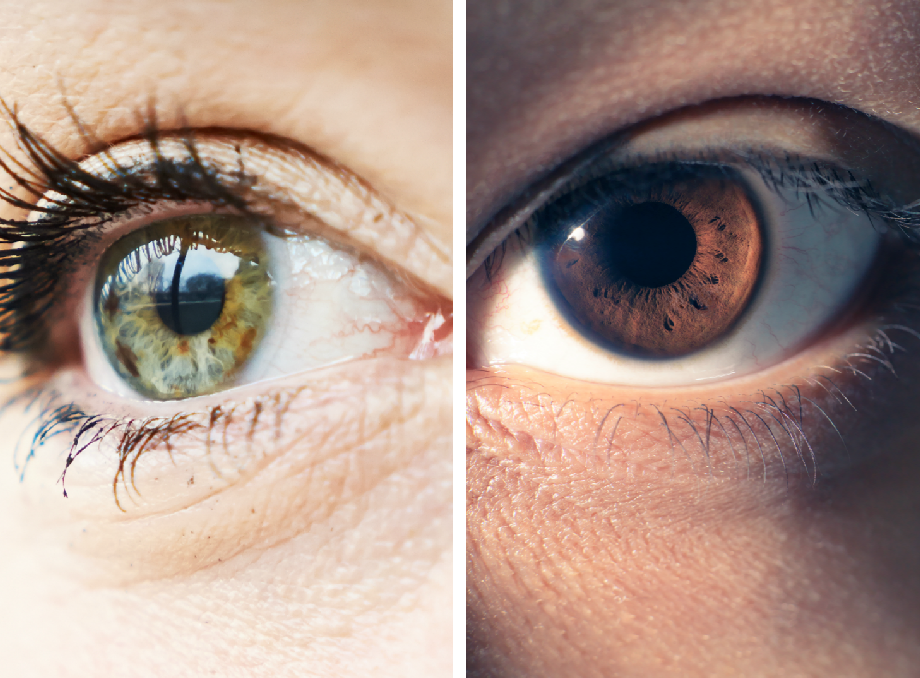 These results make sense if you think about the fact that reproduction requires more from a woman than a man. The presence of limbal rings might have functioned as a clue for individuals to find healthy short-term partners with which to mate. However, with long-term partners, there are many other factors in addition to health that one must consider.

Because limbal rings are hard to fake, they’re quite a good indicator of cardiovascular health, Mitch Brown, one of the researchers said. That said, there are limbal ring contacts available for purchase if you do want to fake it.

Try this DIY instant lipstick to help you “fake” it.

People With Blue Eyes Are All Distantly Related

The Eye You Pick Reveals Scarily Accurate Things About You