When it comes to Reese Witherspoon and Nicole Kidman’s friendship, it seems to be a case of life imitating art. Following their appearance at the Gotham Awards on November 27, it appears the Big Little Lies co-stars are as close off-screen as their characters in the show.

Witherspoon was tasked with presenting Kidman her Film Tribute Award and used the opportunity to declare her love for her “beautiful, soulful, talented friend.”

She also shared her joy at “finally” working together on Big Little Lies and how she used her producer powers to ensure they could spend the maximum amount of time together. 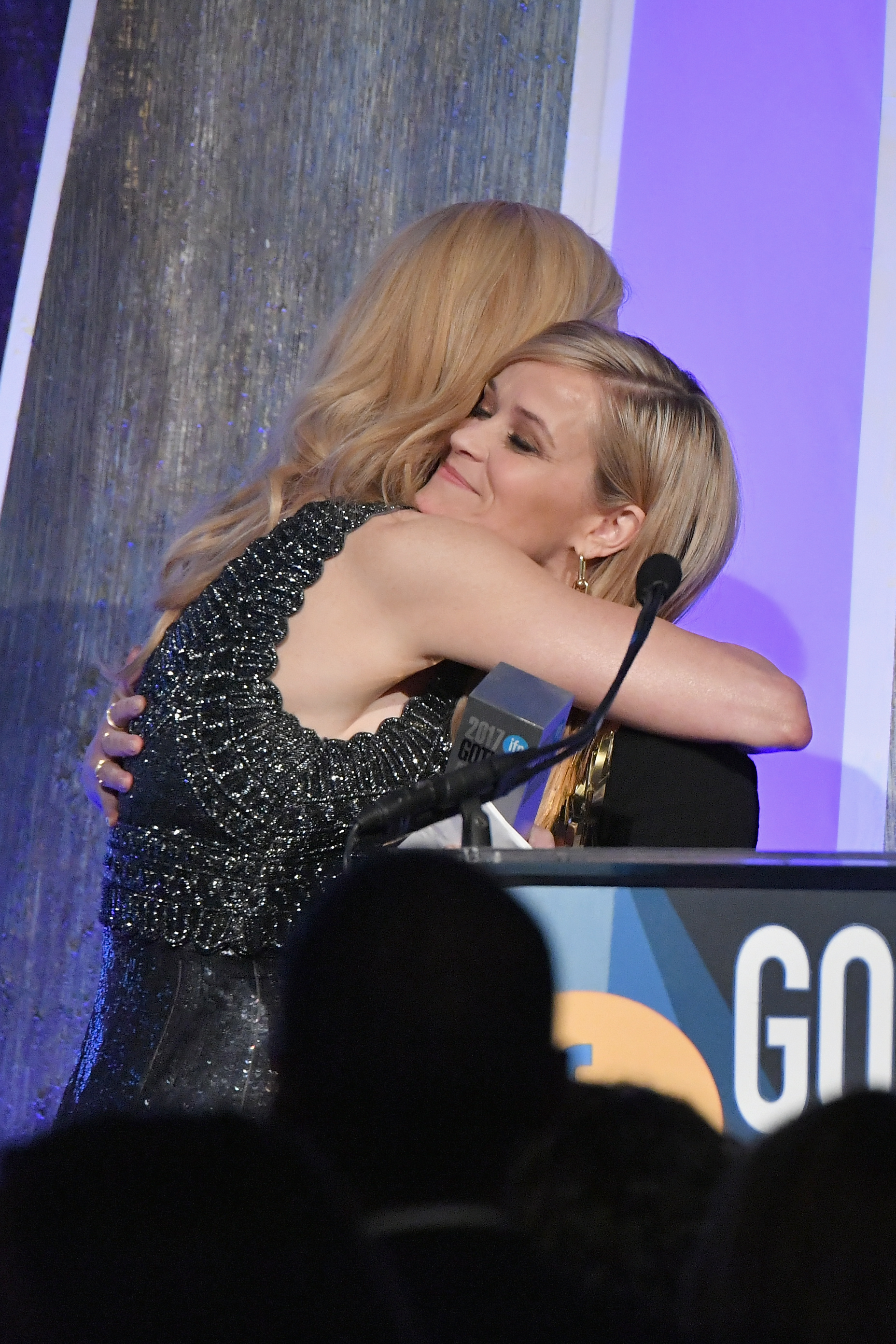 “I managed also to coerce my line producer to make sure I was in the same makeup trailer with her at all times while she was getting ready, so I could ask her anything I wanted to. She was captive for two hours and I asked her a lot of questions,” Witherspoon explained.

“I mean, like a lot of questions that would range from anything from, ‘Tell me about Stanley Kubrick. Can you just give me like a little tidbit. I just wanna know anything,’ to Gus Van Sant, to Sofia Coppola, who I love. Baz Luhrmann. Sydney Pollack. Anthony Minghella. Jane Campion. The list goes on and on and on.” Oh, to be a fly on the wall in that trailer.

Witherspoon also took the opportunity to share some of Kidman’s favorite film moments and how her powerful performance as Celeste in Big Little Lies has changed the conversation around abuse.

“I’ve worked in Hollywood for 25 years and I’ve never seen anyone transform so completely… I truly believe this helped open up the conversation that so many people are having now about people who are facing this same struggle with abuse and harassment in their own lives.”

This post was written by Elizabeth Bennett. For more, check out our sister site Grazia.