Prince Harry proudly proclaimed his fiancée, Meghan Markle, is “capable of anything.” As preparations get underway for their 2018 wedding at Windsor Castle, you can bet that behind the scenes the baptism has already begun for the 36-year-old. So, here’s to hoping he’s right!

Just last week, the royal-in-waiting went straight to work, and stepped out with her fiancé on their first joint engagement to mark World AIDS Day in Nottingham, England. Even the harshest of critics were impressed by Meghan’s first day on the job, and praised the American actress for her natural ability around people.

But, a royal appearance is just the tip of the very regal iceberg for what Meghan has to learn.

In this Now to Love exclusive, we speak to the founder of the Australian School of Etiquette, Zarife Hardy, about the fascinating new world of etiquette Meghan Markle is entering.

Kim Kardashian’s glam squad will pale in comparison to the team of experts Meghan will be assigned.

From a press secretary, personal assistant, hair and make-up artists, and of course, her very own stylist, the royal household is bustling with professionals at the top of their field and on hand 24/7 to assist with their designated family member.

For now, Meghan is keeping her original stylist from Canada, Jessica Mulroney. 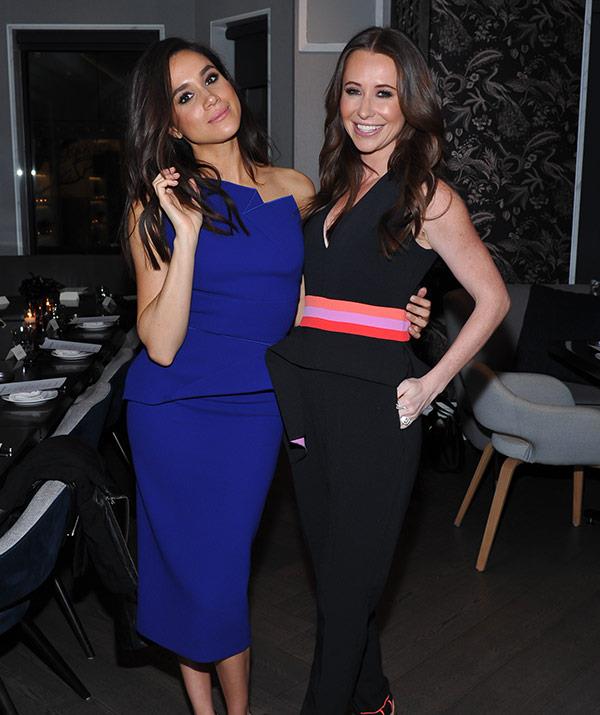 “I’m sure a royal stylist will come in eventually,” Zarife predicts. “She will be getting the same advisers that Harry has, and I believe that the gentleman that trained Duchess Catherine will be training her on royal protocol, politics, and presentation skills.”

“She’ll be groomed on business decisions, handling the media, and obviously, for the royal family now, there’s a high-level of training and learning just about security. And she’ll also learn a lot about public speaking, what to do at state banquets, and functions. Ultimately Harry, her husband-to-be, will be her biggest mentor!”

How to Sit, Stand, Wave, and Walk Like a Proper Princess.

When you’re a royal, your every move is scrutinized. For Meghan, Zarife says one of the most crucial parts of her royal training will be how she conducts herself in public.

Her best tip for good posture when you’re sitting down?

“You have to pretend there is an egg behind your bottom and that’s how far you’re off the back of a chair, so you sit upright,” Zarife notes.

Us mere mortals wouldn’t think twice when we get out of a car, but for a royal in a dress, it can spell disaster. Flashing one’s underwear is very un-lady like, indeed! But never fear, because the “swivel and pop” is here to save the day.

“The “swivel and pop” as they get out of a car, is a great maneuver because obviously the media is always waiting at the door. So, they’re trained on how to swivel out of the car with their legs close together and they stand nice and tall,” Zarife explains.

“In relations to their legs, the knees should never be crossed! Which, Meghan has been doing a lot of. Knees must always be together, the “duchess slant” at they call it, and placed to the side or straight down in front,” the etiquette guru says. 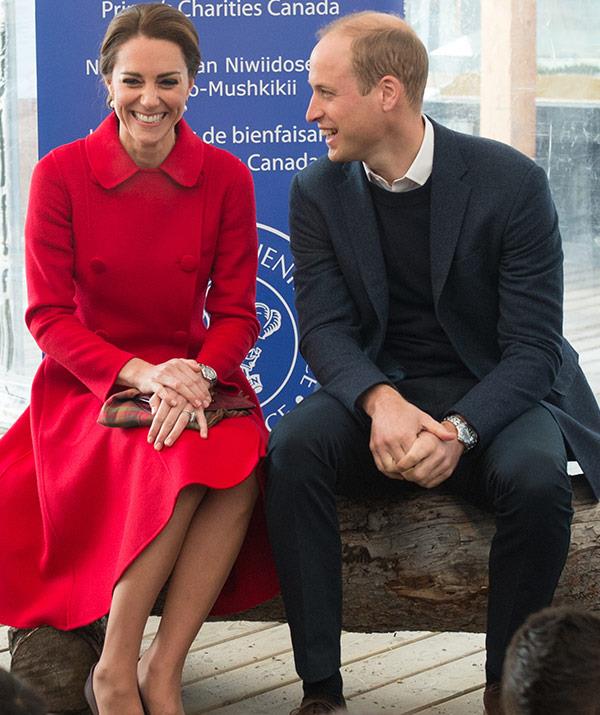 Behold! The duchess slant in all its glory. (Photo Credit: Now to Love)

One gesture Meghan needs to work on is her royal wave, which is apparently a bit too friendly at the moment.

“She’ll obviously be taught more on the royal wave, it’s a bit gregarious right now and needs to be more fine-tuned. And also, just that art of meeting and greeting. Looking someone in the eye, a nice firm handshake, no more than two pumps, and a lovely, warm smile.”

Another big no-no for royals is agreeing to a selfie — this is something Meghan has already mastered after she politely declined one with a fan in Nottingham, revealing: “We’re not allowed.”

“In the age of the digital era, there is a very big rule on absolutely no selfies. It’s just not allowed! They just don’t know where it will go,” Zarife cautions. 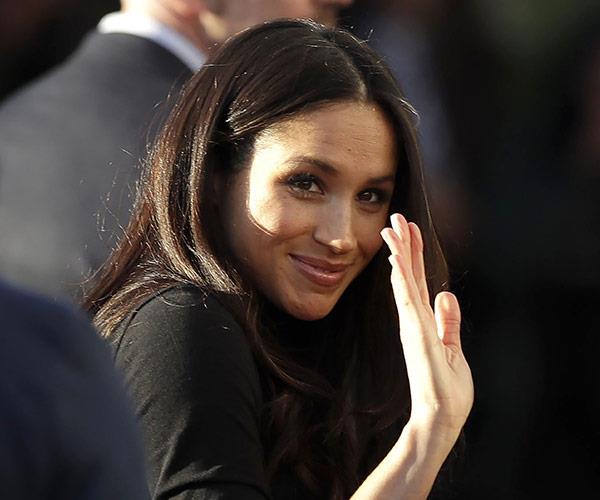 Goodbye to the California Twang

She was born and raised as a California girl, but our etiquette expert predicts Meghan will eventually lose her Cali twang and adopt a British accent.

“I think that American accent will definitely be refined. Changing accents takes a long time, but you’ve only got to look at Princess Mary to see how her Australian accent vanished,” Zarife points out. “She’ll have to become a little more British and will be in elocution classes as well as history classes to brush up on the rich tapestry of the royal family,” she adds.

Meghan can kiss her ripped jeans and black dresses goodbye, as her style will get the full royal overhaul.

“The royal dress code generally includes; dresses below the knee, dresses must have a sleeve. Preferably no black, unless attending a funeral or memorial service,” Zarife explains. “Hats and gloves are also encouraged and they also like a clutch because it helps for better posture.”

Being in the Presence of the Queen and Other Royals

We know from her Yoga-loving days just how flexible the Suits beauty is, and it looks like that skill is going to come in handy with this exciting next chapter. 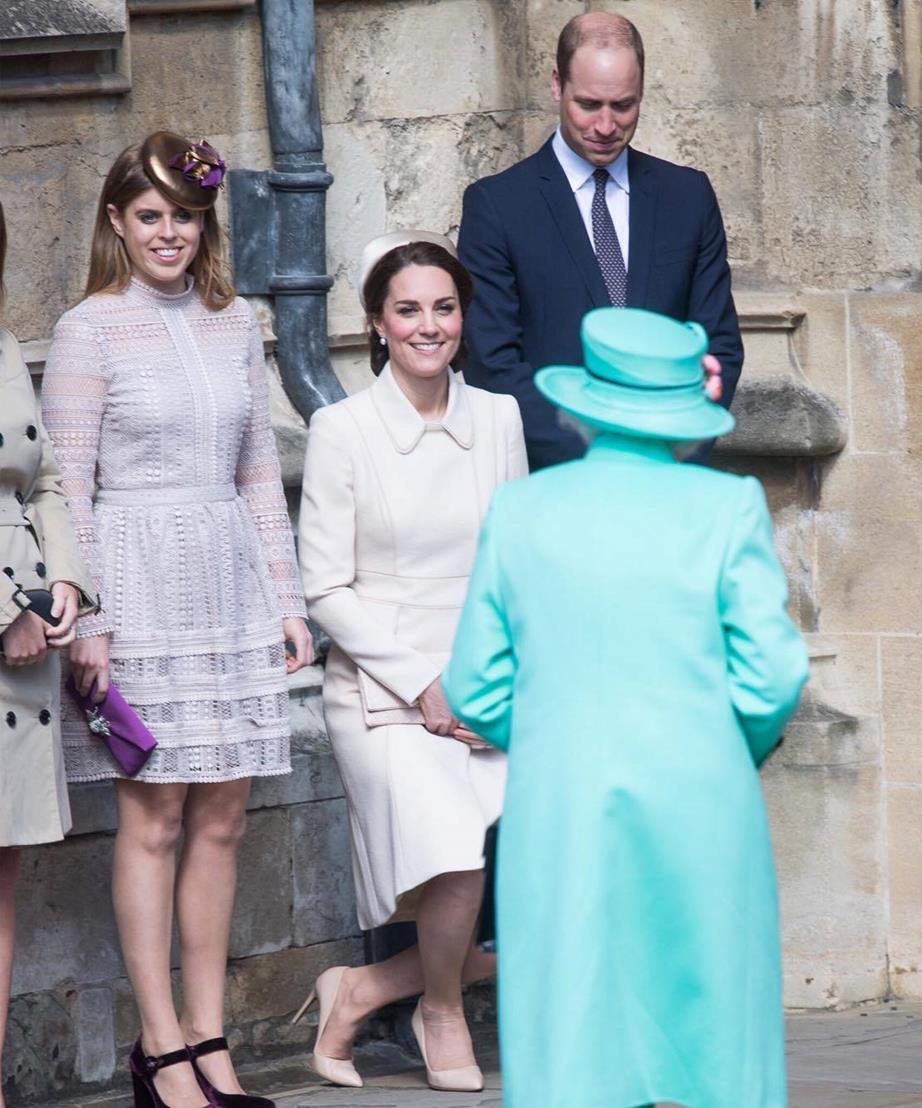 “She’ll also be trained on table etiquette. When you dine and eat with the monarch, you must start eating when she starts, and you must finish when she finishes. There’s lots of detailing around that she’ll have to learn as well.”

As we count down the seconds until May 2018, Zarife tells us royal weddings have changed drastically over the past few centuries. But, there’s a few touching traditions that are still used to this day.

“Queen Victoria was the first woman to start the white wedding dress. She wore it on her wedding day to Prince Albert in 1840, so now every bride wears a white dress because of her. Prior to that, it was more ivory or cream.”

“There’s another beautiful tradition she started of myrtle of being in the bouquet because it represents true love. That’s been handed down, so now every royal bride now has always had a bag of myrtle in their bouquet.”

And royal watchers will be thrilled to know Meghan will be rocking a tiara when she ties the knot with Harry.

“Catherine borrowed the queen’s Cartier Halo tiara in 2011 when she married William, so I imagine Meghan will also borrow one of the queen’s pieces,” Zarife says.

As for the dress?

“It will definitely have a train, all royal brides have a train. I think it will be relatively fitted, probably with sleeves, and it will be something very, very elegant because she’ll be re-branding very quickly.” 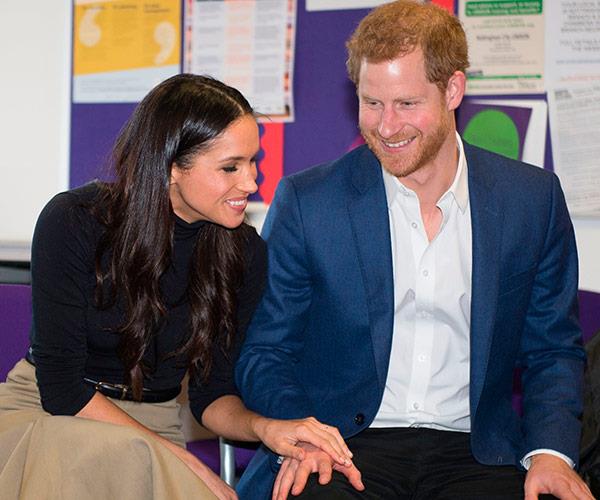 We can’t wait to see Meghan on her big day! (Photo Credit: Now to Love)

Can Meghan Markle ever act again?

She’s been on Deal or no Deal, starred in a slew of cringe-worthy TV movies, and of course, her breakout role as Rachel Zane on Suits.

So, will Meghan ever be able to return to her first love of acting?

“I don’t think so. I think Meghan’s played a variety of roles, and no one goes into this position not being aware of what has to happen. I think she’ll take it all on the chin. She looks like she’s well and truly ready for it. She’s 36 years of age, I do think she’ll take on the role as best she can,” Zarife thinks.

The future looks bright for Meghan and Zarife believes the “Markle sparkle,” as it’s been dubbed, will reach soaring heights.

“I think we’ll see a modern Diana. I think she’ll be a very proactive humanitarian and women’s rights campaigner, championing women and lives of girls. I think we’ll see a her very involved. I also think you’ll see a baby in a short period of time and she’ll role into that job of motherhood quite quickly!”