Prince Harry and his fiancée, Meghan Markle, stunned in suits as they celebrated the achievements of servicemen and women at the Endeavour Fund Awards in London, England, on Thursday, February 1.

Prince Harry was dashing in a navy suit, crisp white shirt, and black tie, but it was his wife-to-be who turned heads in a chic Alexander McQueen pantsuit. The former actress’ look exuded modernity at her first major charity event with Prince Harry. Her structured jacket, which had angular pockets and a peaked lapel, was paired with cigarette-leg pants that were cropped at the ankle. A loose button-down shirt by Tuxe added a perfect touch of femininity. 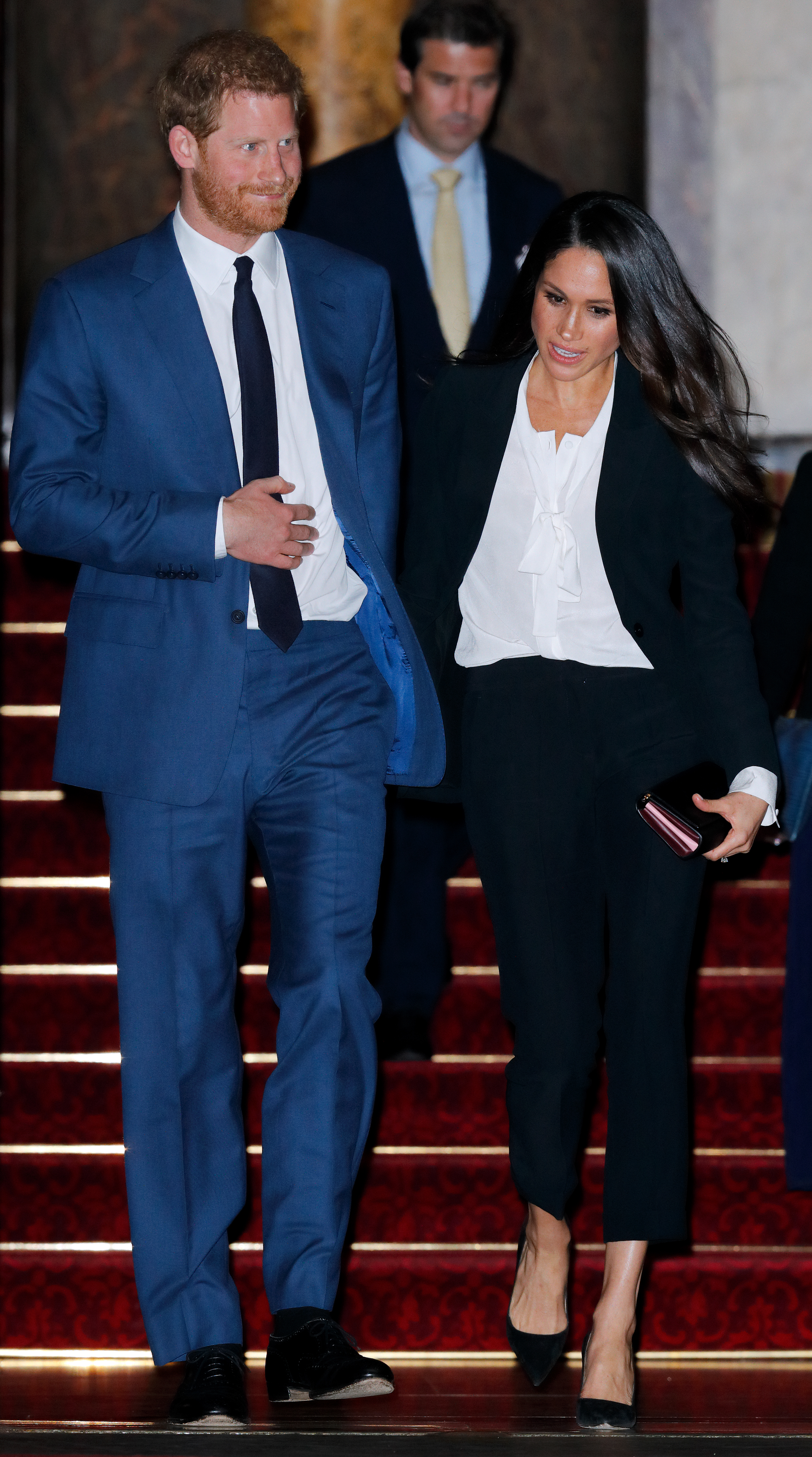 Harry and Meghan both presented awards at the ceremony, which celebrated the achievements of wounded, injured, and sick service people who have taken part in remarkable challenges over the past year. Meghan presented the second award of the night to the winner who “celebrated excellence.” Unfortunately, while on stage, a giggling Meghan and her co-presenter were unable to find the list of nominees, much to the amusement of the audience and her husband-to-be.

Of course, it wouldn’t be a night out in London without a sprinkle of rain. Prince Harry braved the weather as he walked with Meghan under her umbrella to the event. Meghan has settled into her new royal role with impeccable grace, and has won over crowds with her easy charm and stunning sense of style. 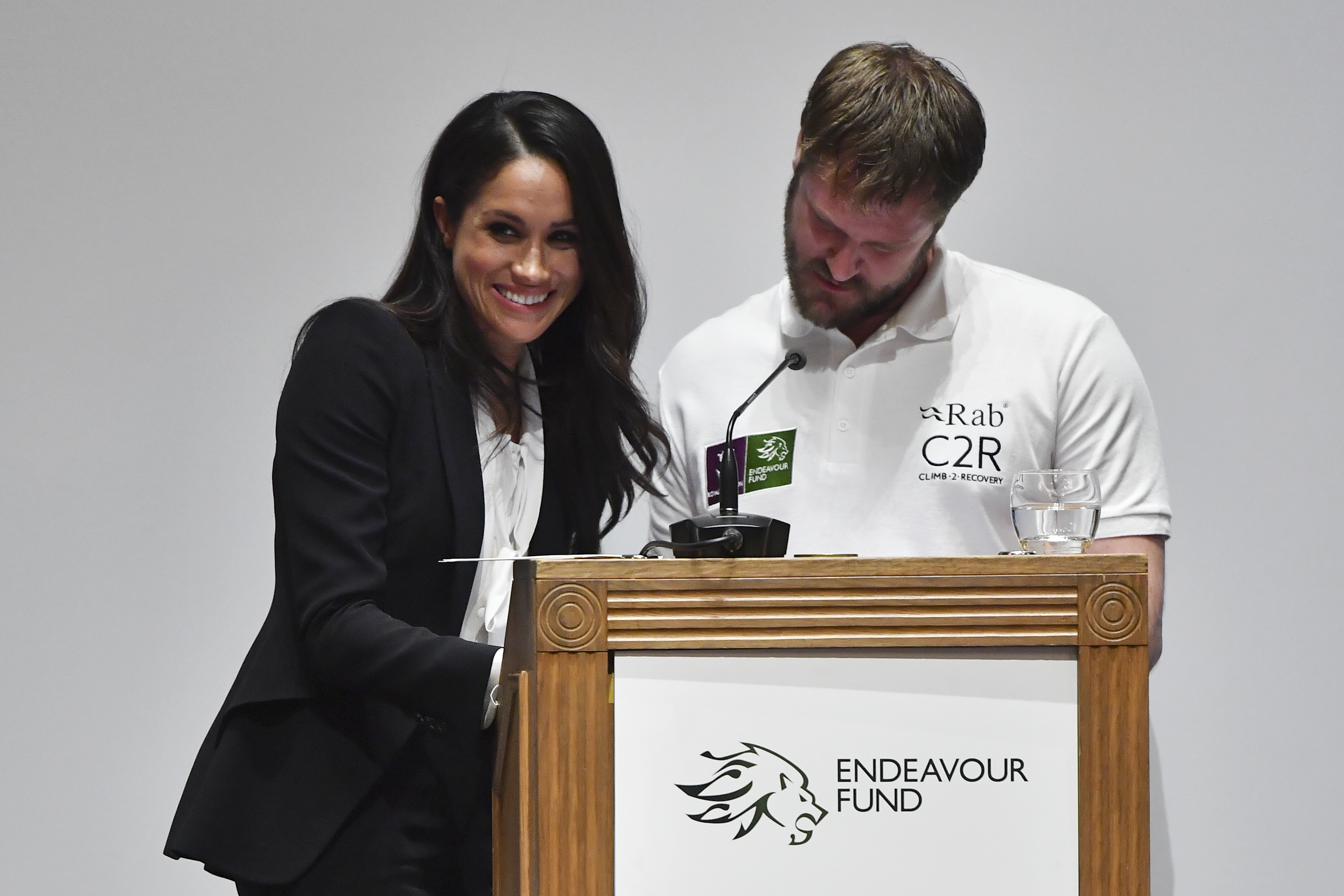