Royal-to-be Meghan Markle has reportedly been in princess training for months, but during a recent outing, the actress definitely broke royal protocol. While visiting Cardiff Castle in Wales with her fiancé, Prince Harry, the 36-year-old signed an autograph for a fan — a major no-no for members of the royal family!

However, quick-thinking Meghan might have actually found a protocol loophole. According to People, when 10-year-old Caitlin Clark asked the former Suits star to sign her notepad, Meghan actually wrote “Hi Kaitlin” and doodled a cute heart and smiley face on the piece of paper instead of penning her own name. Clark later told reporters that she didn’t even mind that Meghan had unknowingly misspelled her moniker. “I don’t really care. My heart is still racing. I’ve never got a royal autograph before. This is going to make everyone jealous,” she said. 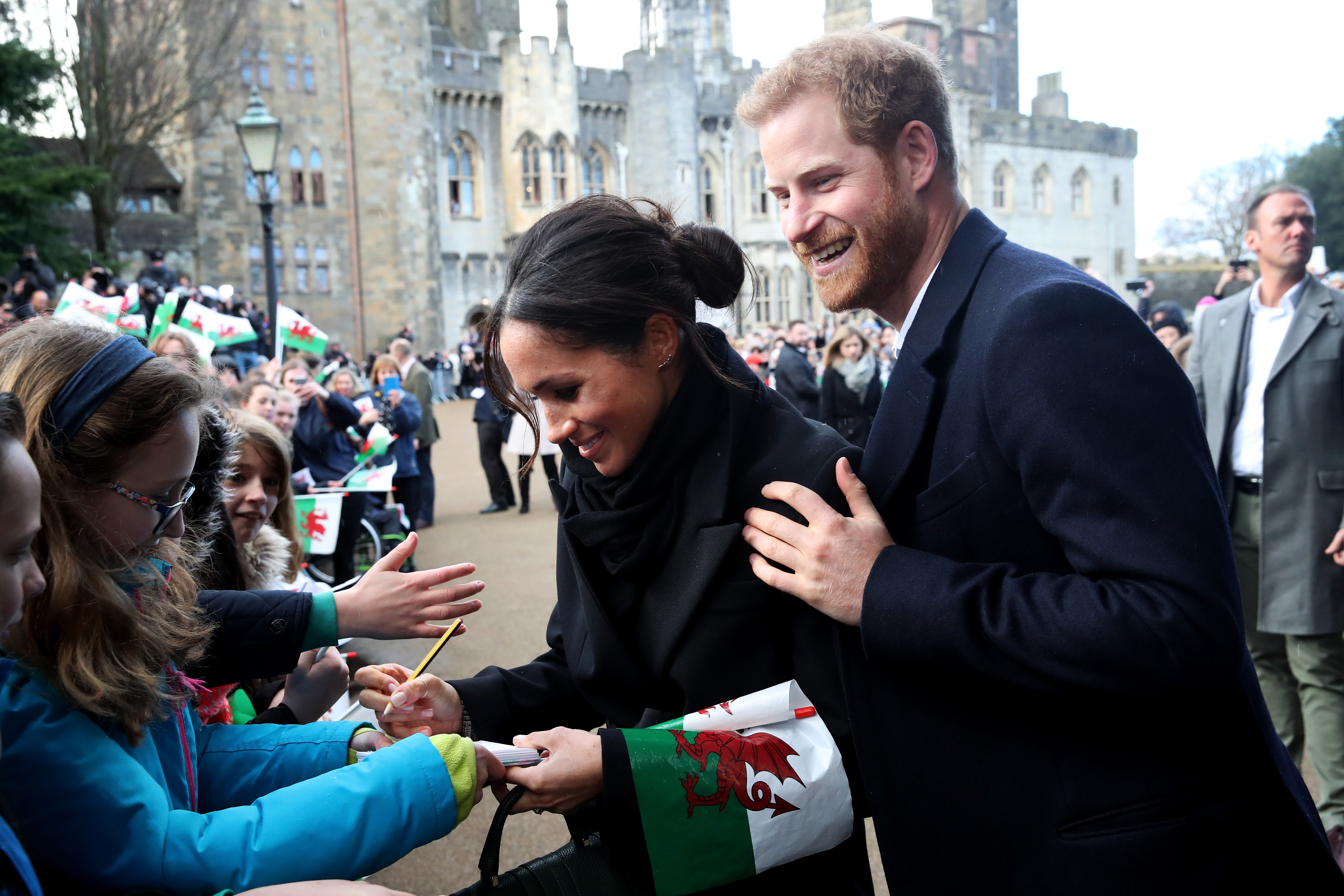 According to a previous report by The Express, members of the monarchy aren’t allowed to sign autographs in public for safety reasons. “The long-standing rule remains in place for all royals because of the risk of the signature being forged,” the publication repots. “Prince Charles reportedly responds to autograph requests with ‘Sorry, they don’t allow me to do that.'” So, what exactly can royals do while greeting fans? According to official royal protocol, they can kindly shake hands, give hugs, chat, and take pictures.

Interestingly, People recently reported that Queen Elizabeth has lately become much more lenient about royal protocol rules than ever before. “It’s her age. She is easier-going. It’s refreshing that [the royal family] is prepared to bend a bit,” Ingrid Seward, author of My Husband & I, a new biography about Elizabeth and her husband, Prince Philip, revealed.

Prince Harry and Meghan Markle’s Wedding Will Be in May 2018 — Plus Get More Details on Their Special Day!