Another new look! Kate Middleton joined other members of the royal family on Sunday, November 12 to pay her respects to those that have lost their lives in military combat, watching the National Service of Remembrance at the Cenotaph from a balcony at the Foreign and Commonwealth Office.

Dressed in a military-inspired coat by Dolce & Gabbana and an elegant black hat befitting the solemnity of the occasion, Kate, 35, also debuted a markedly different hairstyle, wearing her hair in a shoulder-skimming bob. On initial inspection, it appeared that Kate had opted for a shorter length; a closer look, however, shows that she has simply joined the ranks of A-listers opting for a no-commitment faux bob, pinning her mid-length waves up and under to create the illusion of a cropped ‘do. It’s a styling tactic that the likes of Blake Lively have adopted recently, so Kate is certainly in good company. 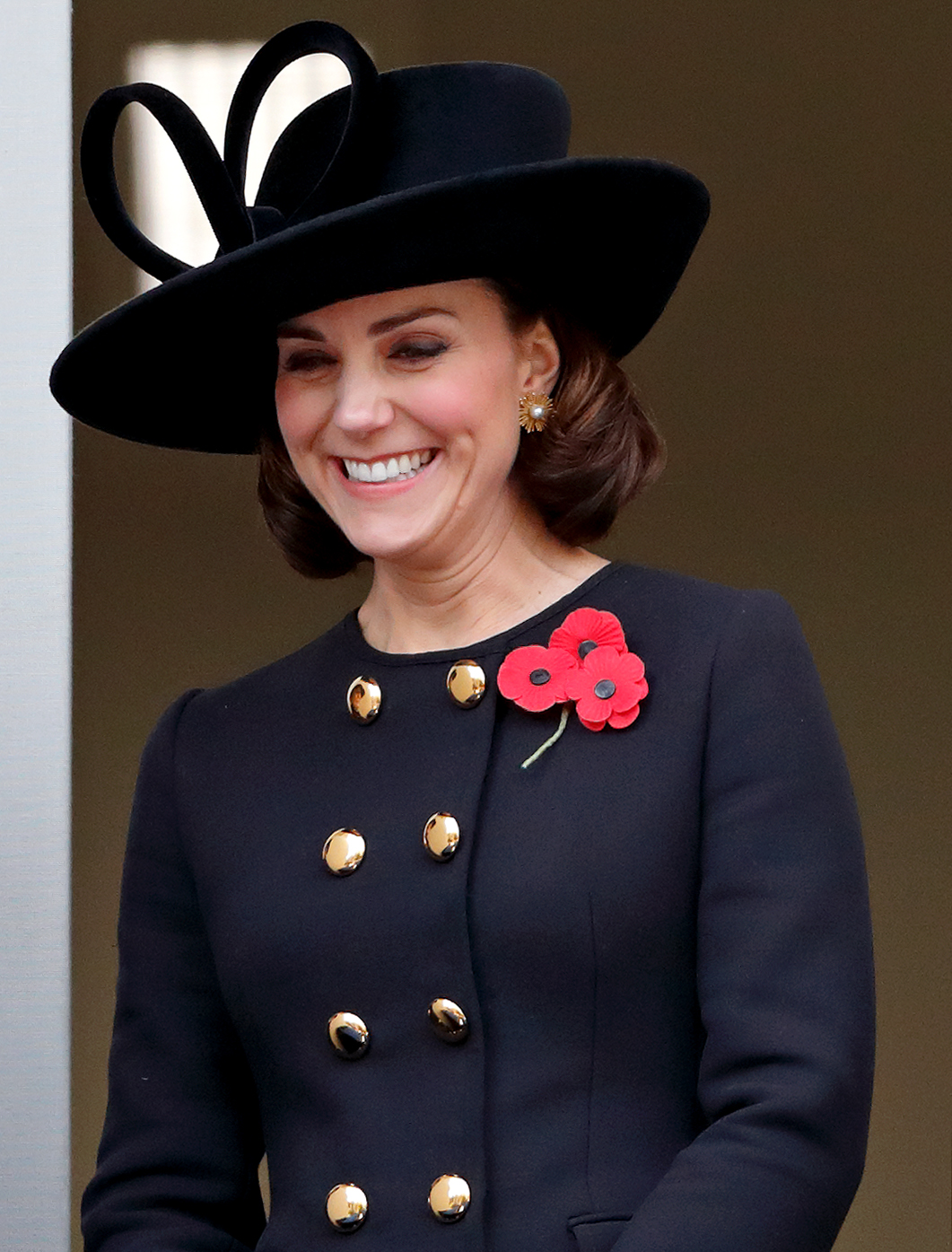 Kate was joined on the balcony by Sophie, Countess of Wessex and Queen Elizabeth’s cousin, Princess Alexandra. Queen Elizabeth, Prince Philip, and Camilla, Duchess of Cornwall, appeared on an adjacent balcony, also at the Foreign and Commonwealth Office.

They watched as Prince Charles laid a wreath of poppies at the Cenotaph, on behalf of Queen Elizabeth and the royal family. It is the first time that the monarch has asked her eldest son to perform this important duty, perhaps marking a transition from one generation to the next. Indeed, the queen has only missed the event six times during her 65-year reign. It appeared to be an emotional occasion for the queen, who was pictured shedding a tear during the ceremony. Prince Charles was joined by his sons, Prince William and Prince Harry, who laid their own floral tributes during the ceremony.