UPDATE (February 15, 2018) — More than a month after announcing she had completed her chemotherapy treatment, Julia Louis-Dreyfus is “feeling ready to rock after surgery,” and she looks happier and healthier than ever in her first post-op photo.

It’s heartwarming to see Louis-Dreyfus looking so glam, considering that just a few weeks ago she missed the SAG Awards because she wasn’t feeling well enough after her cancer treatment. Of course, that didn’t stop the Veep star from raking in a bevy of trophies.

Throughout her breast cancer battle, Louis-Dreyfus has shared uplifting and inspirational messages, proving she hasn’t lost her sense of humor during this tough time. And her positive Instagram caption seems like proof that she’s recovering well. “Hoorah! Great doctors, great results, feeling happy and ready to rock after surgery,” she wrote.

While we wait for news from the 56-year-old that she is cancer-free, we continue to wish her the best. You go, Julia!

ORIGINAL ARTICLE (September 28, 2017) —Our thoughts are with Seinfeld actress Julia Louis-Dreyfus who revealed on Thursday, Sept. 28 that she is battling breast cancer. The 56-year-old broke the news on her Twitter account.

“1 in 8 women get breast cancer. Today, I’m the one,” she tweeted. “The good news is that I have the most glorious group of supportive and caring family and friends, and fantastic insurance through my union. The bad news is that not all women are so lucky, so let’s fight all cancers and make universal health care a reality.”

Just when you thought… pic.twitter.com/SbtYChwiEj

This heartbreaking news comes after the Veep star took home her record-breaking sixth consecutive Emmy for Lead Actress in a Comedy for her work on the HBO comedy. She also won the same award in 2006 for her show The New Adventures of Old Christine.

It is possible to be dignified and fierce at the same time. I, and millions others, send Julia our love and support. https://t.co/XpVsiQrmj6

In the past, she has opened up about healthy living and her exercise routine. In an interview with Shape, she discusses her love of nature walks, saying: “It’s a physical escape as well as a mental one. When I was a little girl, my mother would say, ‘We’re going on a nature walk.’ And I would recoil because I hated doing that kind of thing,” she recalled. “Now I love it, but when I mention hiking to my own kids, they’re like, ‘Ugh!’ I’m hoping for a residual effect with them, though, and that by the time they’re my age, they’ll love going on nature walks as much as I do.”

Louis-Dreyfus and her husband Brad Hall have one of the longest-lasting marriages in Hollywood, so there’s no doubt that he will be by her side through treatment. She is also the mother of two sons — Henry (born in 1992) and Charles (born in 1997). True to her humorous roots, Louis-Dreyfus and her husband often attend son Charlie’s basketball games (he attends Northwestern) where she embarrasses him with her over-the-top cheering. 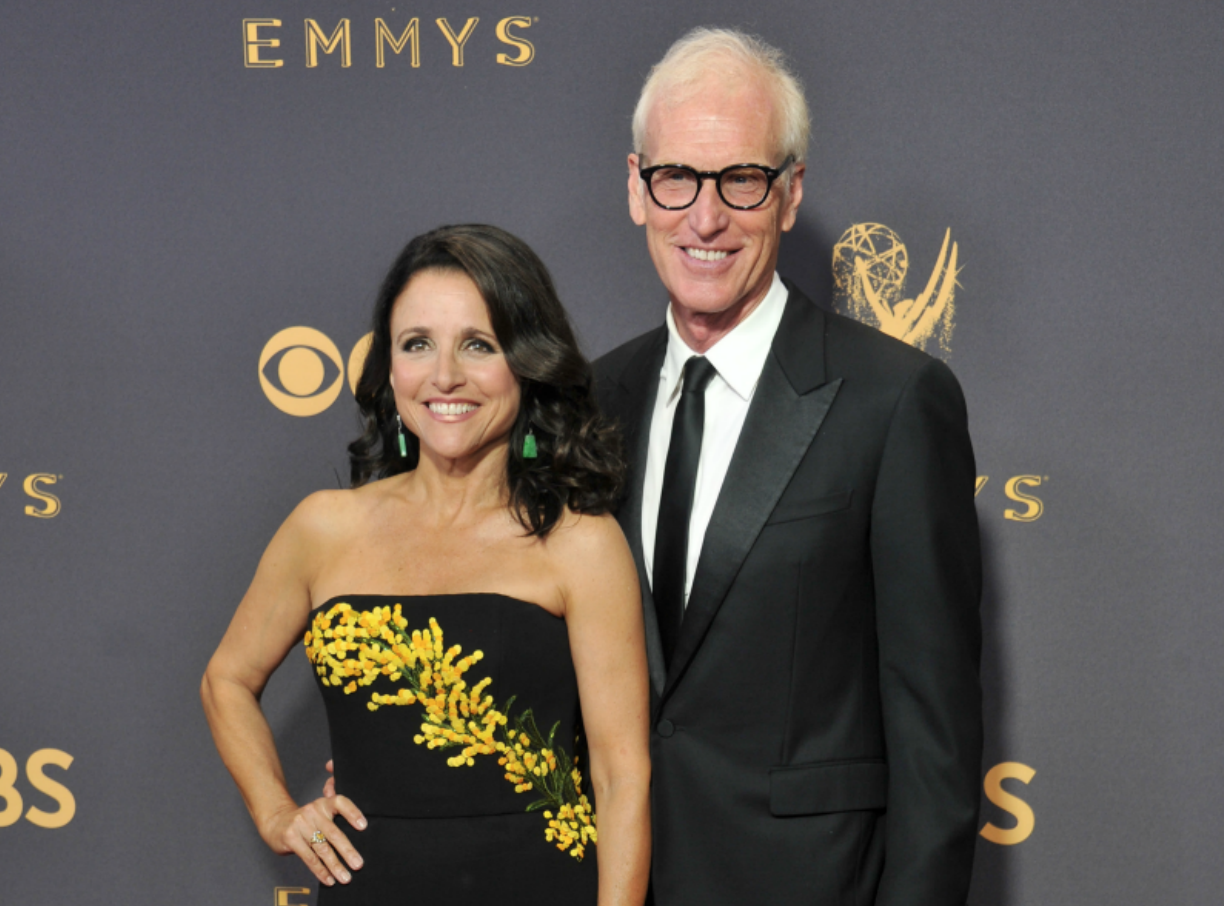 So far, Louis-Dreyfus has remained mum on treatment options. That said, we will continue to send her wishes for a speedy recovery. You’ve got this, Julia!

11 Celebrities Who Are Cancer Survivors

10 Things to Know If Breast Cancer Runs in Your Family