Looks like Christmas came early for John Stamos! The 54-year-old revealed that he is going to be a first-time dad — as his fiancée, Caitlin McHugh, is pregnant with their first baby — and he’s ready for anything parenthood throws his way!

“I’ll be a fun dad. I’ve been practicing for a long time,” the Full House star joked to People in a new interview. “I’ve done every schtick you can do with a baby on TV… all the bits and jokes and diaper gags. I’ll probably just do all that stuff.”

While John had plenty of jokes when it comes to parenthood, it’s clear that Caitlin is over-the-moon about having a baby with her husband-to-be, whom she said has the “biggest, most loving and generous heart” of anyone she knows. She gushed, “I greatly admire his originality, creativity, ambition, work ethic, and humor — all qualities I’m sure he’ll pass down to his child. He’s always been wonderful with kids, and I’m sure he will be an amazing father.”

And John feels the same about Caitlin. “I know my parents are smiling down,” he told Entertainment Tonight of how his late mom and dad would feel about his soon-to-be wife. “I know they would love her. She’s a gentle, kind, graceful soul who would be a good mother.” The two got engaged after John’s sweet Disney proposal in October after dating for nearly two years. John was previously married to Rebecca Romijn from 1998 until 2005, but the duo never had any children together. 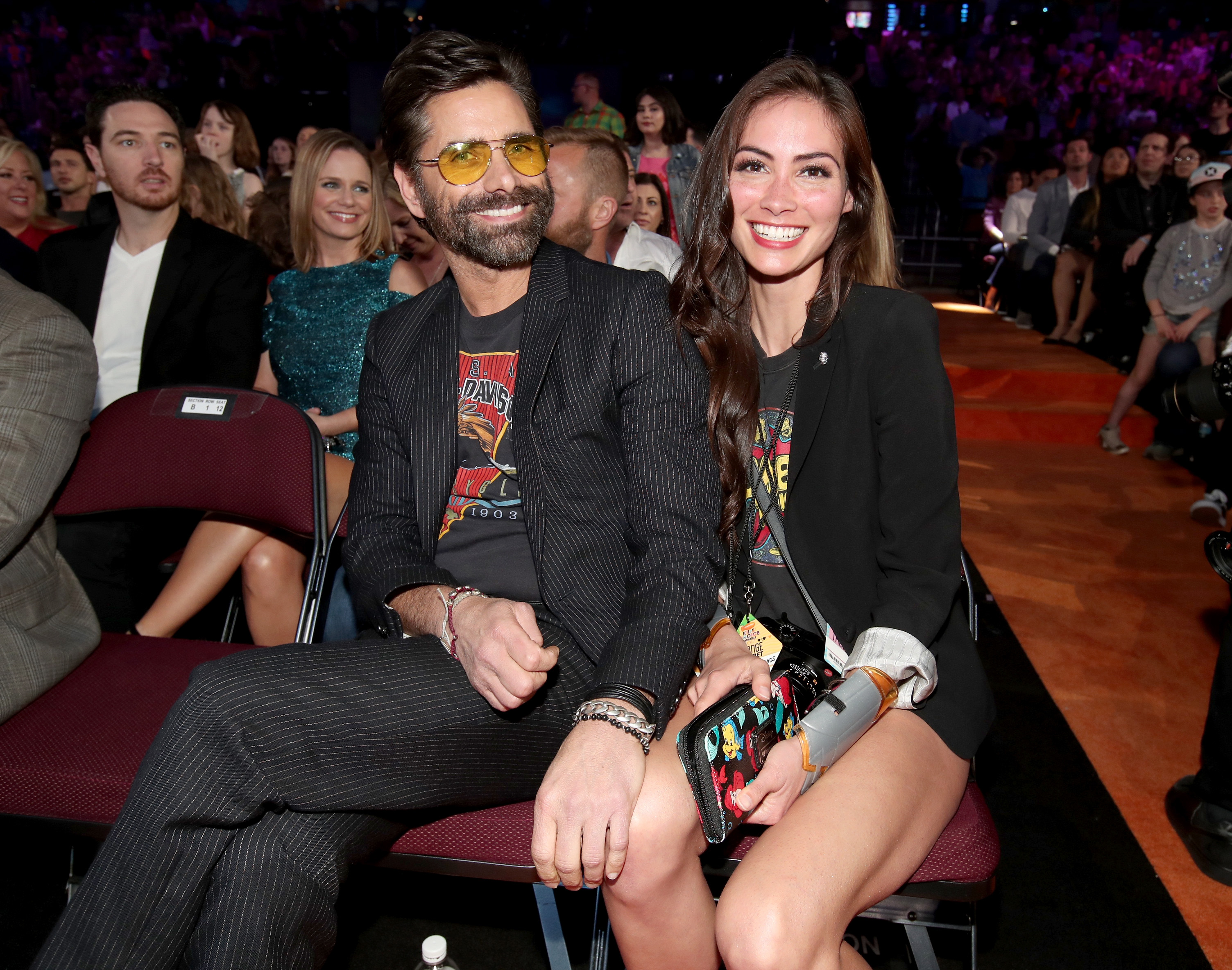 Just last month John opened up about his desire to become a father. “I hope [to have kids],” he once said of starting a family. “That’s always been my plan. It’s just taken me a lot longer than I anticipated. It would be a tragedy if I didn’t have children and I finally found the right woman — the perfect woman.” Well, his plan has officially worked out for the best — and we can’t wait to meet his little one! Congrats to all!