Nobody messes with Prince Harry’s fiancée! The royal made it clear that Meghan Markle is all his when he joked with a young fan who allegedly asked him if he married the brunette beauty yet.

“One boy in the dance group asked them if they were married yet,” Hannah Winmill, development officer with the UsGirls organization, told People about their visit to Cardiff, Wales on Thursday, January 18. “And Harry said, ‘No, no we’re not married yet.’ And then he joked, ‘Back off!'” We guess he didn’t know the two are set to wed at St. George’s Chapel at Windsor Castle on May 19! 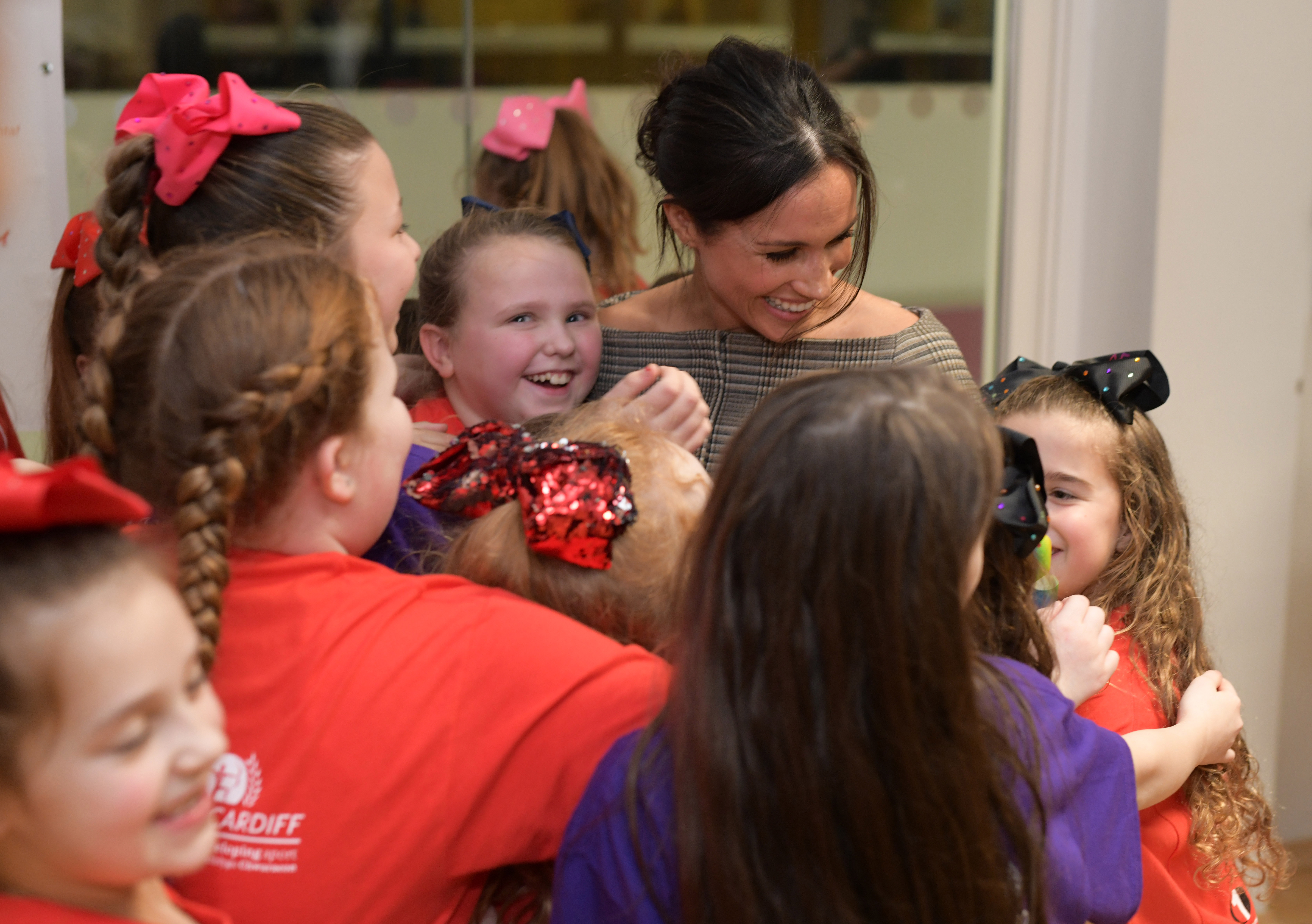 That wasn’t the first time Harry was protective over Meghan on their trip! During their visit to Star Hub, Harry told a bunch of young dancers, “Let’s all give Meghan a group hug!” And after a few seconds, Harry jokingly quipped back, “And release. She’s mine!”

But the UsGirls team noted that they loved the royal couple despite Harry’s jokes! “They were really great with the girls,” UsGirls volunteer, Lowri Suter, told the news outlet. “They are really interested in the well-being of young people and the healthiness within the mind and not just the body.”

Winmill added, “They were so down to earth. That was really important as it wasn’t intimidating for them. I was really nervous but they put us all at ease.”

The center’s assistant, Lewis Reese-Wilkins, was also overjoyed to have them there! “It was great for the community to have them here. For everyone to see that the center is important to get children into sport because there’s not much around here. It is tempting for children to just be out on the streets, so if we can offer free classes it can get them involved,” he shared. “They were really chilled and happy to get involved — they really enjoyed speaking with the kids. That was what they were here for — to see what the kids were doing.” How sweet!

Prince Harry Totally Accepts That Meghan Markle Wears the Pants in Their Relationship!