Let a girl eat! Drew Barrymore just got candid about her weight fluctuation during and after she works on a TV show or movie, but not everyone has been so friendly about her appearance. In fact, her “pigging out” led her mom, daughter, and even a stranger to think she’s pregnant.

A fan stopped The Wedding Singer star — who is a mom to daughters Olive, 5, and Frankie, 3 — at a restaurant recently and said, “She’s like, ‘God, you have so many kids,’ and I go ‘Well not all of them are mine, I just have two.’ And she’s like, ‘Well, and you’re expecting, obviously.’ And I just looked at her and go ‘No, I’m just fat right now.'” Ouch! But she took it like a champ. “And I walked out of the restaurant and I was like, ‘Oh man, that is rough.'” 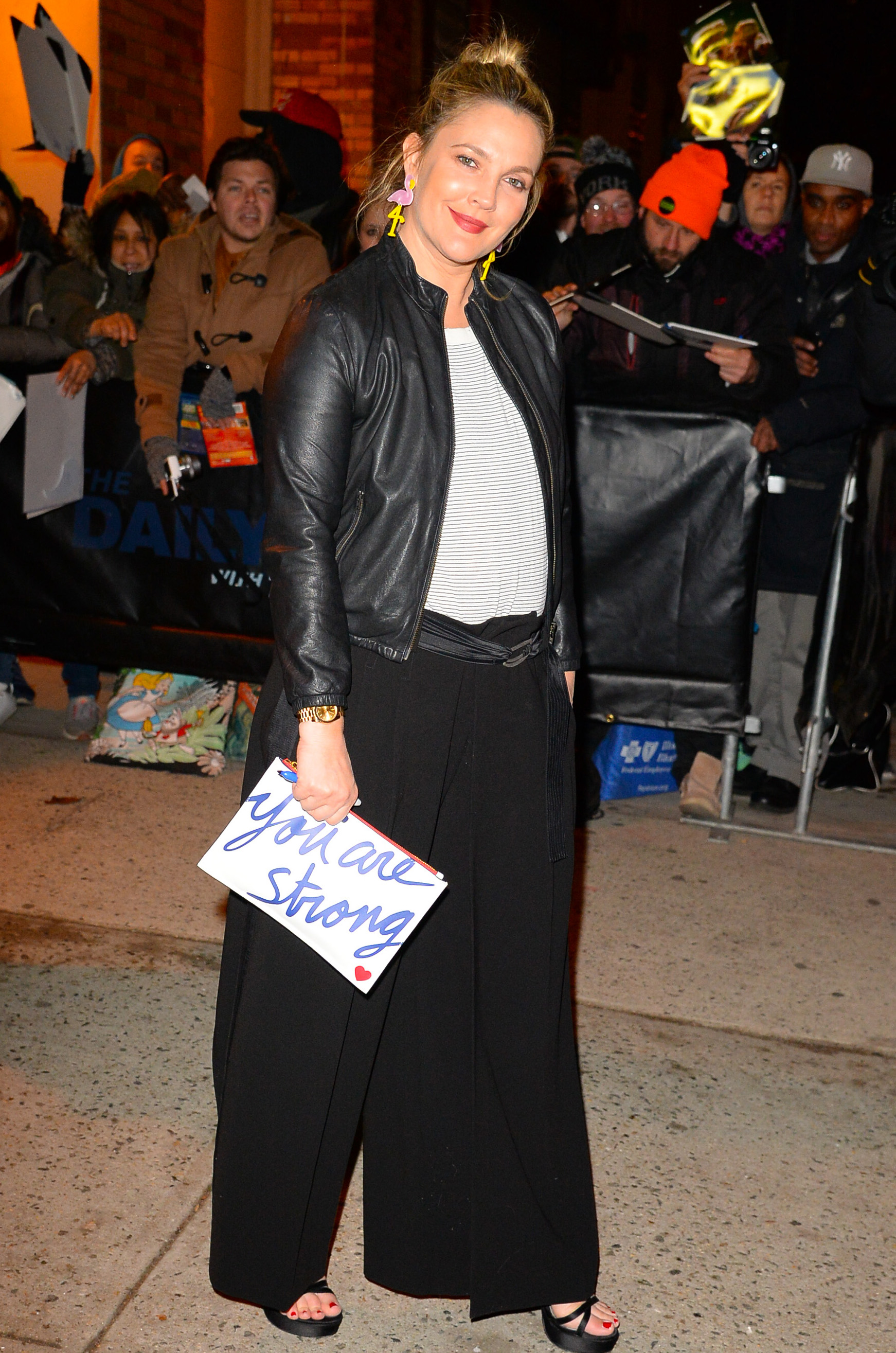 Drew shared that when she’s filming her show Santa Clarita Diet, she takes her diet seriously, and when she’s not, she indulges. “When I first started the show, I was 145 pounds and my life was kind of falling apart,” Drew — who recently divorced husband Will Kopelman — said.

“And I said, ‘Victor [Fresco, the show’s executive producer], [can I lose 20 pounds] over the course of the show, and change my eyebrows and the height of my shoes and the body language and attitude and go from someone who’s kind of naïve and unhappy to someone who’s empowered and alive?’ And he said yes, and so I got to make that transformation,” Drew added.

So, how’d she drop the weight so easily? “When I’m doing the show, I’m a vegan and I barely eat anything, and I workout every day, and it’s so healthy,” she said. “It gets to be euphoric, and then it’s like food poisoning, you feel like you’ll never eat again, and then before you know it you’re pigging out with the feed bag strapped to your face. And I’m a foodie and love food, and I travel the world for food, so I get heavy again between the show.”

Drew Barrymore Reveals Her Daughters Want to Be Actresses: “They’ve Got the Barrymore Gene!”