A self-confessed chocoholic, Devin Alexander knew from the get-go that she wanted to make decadent recipes for her latest cookbook, You Can Have It! (Amazon, $18.79). But because The Biggest Loser celebrity chef partnered with the American Diabetes Association (ADA) to create the book, she also needed to make sure the indulgent meals were safe for people with diabetes. Alexander opened up to FirstForWomen.com about how her own 70-pound weight loss gave her the drive to help other people eat healthier and why she thinks this cookbook is one of the most important things she’s ever done.

Alexander knows that struggle firsthand. Always an avid lover of food, she gained weight early on as a youngster. By the time she was just 15 years old, Alexander already weighed around 200 pounds — and she remembers clearly how it felt to not want to weigh herself. All too well, she also knows that overwhelmed feeling of being in the doctor’s office and hearing about all the foods she could no longer eat. And she gets what it’s like to wonder, “Well, what can I eat? Just steamed broccoli and chicken?”

Luckily, Alexander’s grandmother had taught her to cook from a young age, so she was no stranger to the kitchen. And as a teen, she had developed an interest in cookbooks, so she began to educate herself about calories and other nutritional information in a wide variety of meals. Slowly but surely, she began to put her knowledge into action by cutting a small amount of calories from her daily diet and experimenting with different ways to make meals healthier, such as using leaner cuts of meat. It became like a “game” to her, and she started winning that game by the time she was about to enter her 20s, shedding most of the unwanted weight. Ultimately, she lost 70 pounds total — and found her passion as a chef in the process.

How Devin Alexander Helps Others With Weight-Loss Goals

Since Alexander’s jaw-dropping transformation, she’s maintained that impressive weight loss for nearly 30 years. She’s also made a name for herself by showing off her cooking chops on The Biggest Loser, opening her own restaurant, and of course, writing several healthy cookbooks. But she says the latest one, You Can Have It!, stands out among all the other details on her resumé. 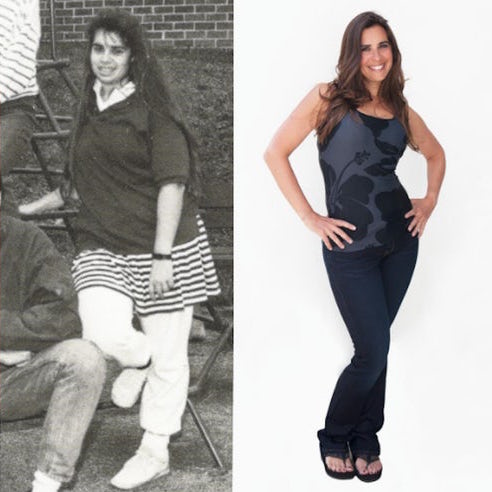 “I honestly think this is the most important work of my career so far,” Alexander said. “I just feel like so often, people dismiss ‘healthy’ before they even try it. I really wanted it to pop as: ‘This is stuff you want. This is stuff you’re going to crave.’ And I really do believe that people will crave it.”

More than 100 million Americans have diabetes or prediabetes, according to a 2017 report from the Centers for Disease Control and Prevention (CDC). And many of these people have very strict guidelines to meet every day. That’s why Alexander worked tirelessly for about a year crafting the recipes to fit the ADA’s standards, which monitored the amounts of sugar, carbs, and sodium very closely. Her hard work paid off: Not only did she get the certified ADA stamp on the book, she also got the chance to feature mouthwatering recipes such as pulled chicken tacos with papaya slaw, sriracha mayo roasted turkey breast, and bacon ranch flatbread pizza on the pages. Being a chocolate lover, her personal favorite recipe is the dark chocolate pudding.

And yes, Alexander says she does eat these exact same recipes with her own family and friends; she even did a launch party for the book where she only served recipes from within it. But she wants to make it clear that the book is open to everyone, whether they have diabetes or not.

“While the recipes are diabetes-friendly, it’s really like that fun, fit, ultimate comfort food book for everyone that also happens to meet ADA numbers,” she said. “So people living with diabetes can actually enjoy it with their families.”

How Devin Alexander’s Cookbook Can Help the Whole Family

Alexander adds that the book can also be a helpful way for family members of people who have diabetes to navigate the sensitive topic of weight with their loved ones. One option is that they could make one of the book’s recipes without telling the person how healthy it is, and then reveal the pleasant surprise only after he or she enjoys it.

“It’s hard to go to your mom and be like, ‘Let’s do an intervention, you need to eat better,'” she said. “With this book, first of all, it doesn’t have ‘diet’ in the title, so that’s nice because it can actually be gifted to people.” 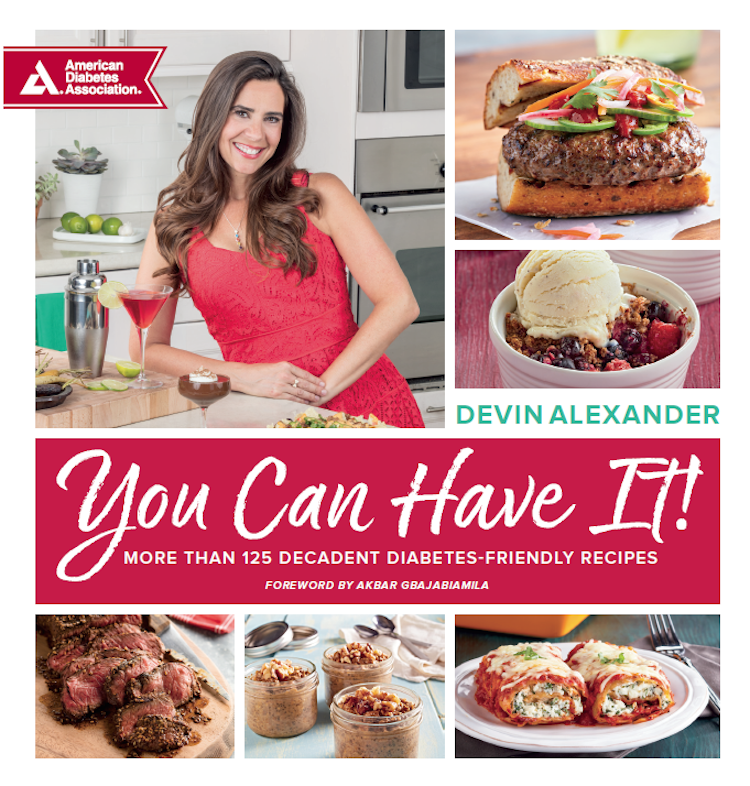 Alexander hopes that this book will help people with diabetes in a nurturing way. For anyone who’s still struggling to lose weight, she wants to let them know that they shouldn’t be discouraged if the pounds don’t immediately come off; after all, the weight didn’t get there overnight, either. Furthermore, she wants to encourage these hardworking people not to give up if they make a mistake.

“If you’re washing china and you accidentally break one plate, you’re not like, ‘Oh screw it, I broke one plate! Now I should break the other 30 plates,'” she said. “You’re much more careful with the rest. So if you eat the cupcake by accident, just be careful going forward. It’s not, ‘I ate that cupcake. Now I should eat the other 30 cupcakes.'”

As Alexander puts it, every meal is a choice. Never forget we have the opportunity to make the next one healthy!

How to Practice ‘Mindful Eating’ for Weight Loss