If there’s one thing we love about Meghan Markle, it’s how relatable she is in comparison to other royals. (Besides the fact she’s still a famous actress.) She’s climbed the acting totem pole and pursued many odd jobs in her quest for Hollywood fame, including a stint on Deal or No Deal as a suitcase holder in 2006. To make things even better, she was on the show with another relatable celebrity — Chrissy Teigen.

Chrissy talked about the time she worked with Meghan in an interview with Ellen DeGeneres on Monday, February 19. She also revealed that posing next to Kim Kardashian and Kanye West is nothing short of impossible. Chrissy appeared in eight episodes of the show from 2007 to 2008 and Meghan stared in 34 episodes from 2006 to 2007. Chrissy joked: “I tell John [Legend] all the time, ‘That could be me. I could be Princess Harry.'”

It’s not the only time the two stars worked together. In 2014, they both competed on Direct TV’s Beach Bowl, a celebrity flag football game shown over Super Bowl weekend. In the same interview, Chrissy revealed her son will be born in June, though she’s yet to decide on a name. “Boy names are really tough,” she said. “I don’t even think he’ll have a middle name because we can’t even think of a first name.” 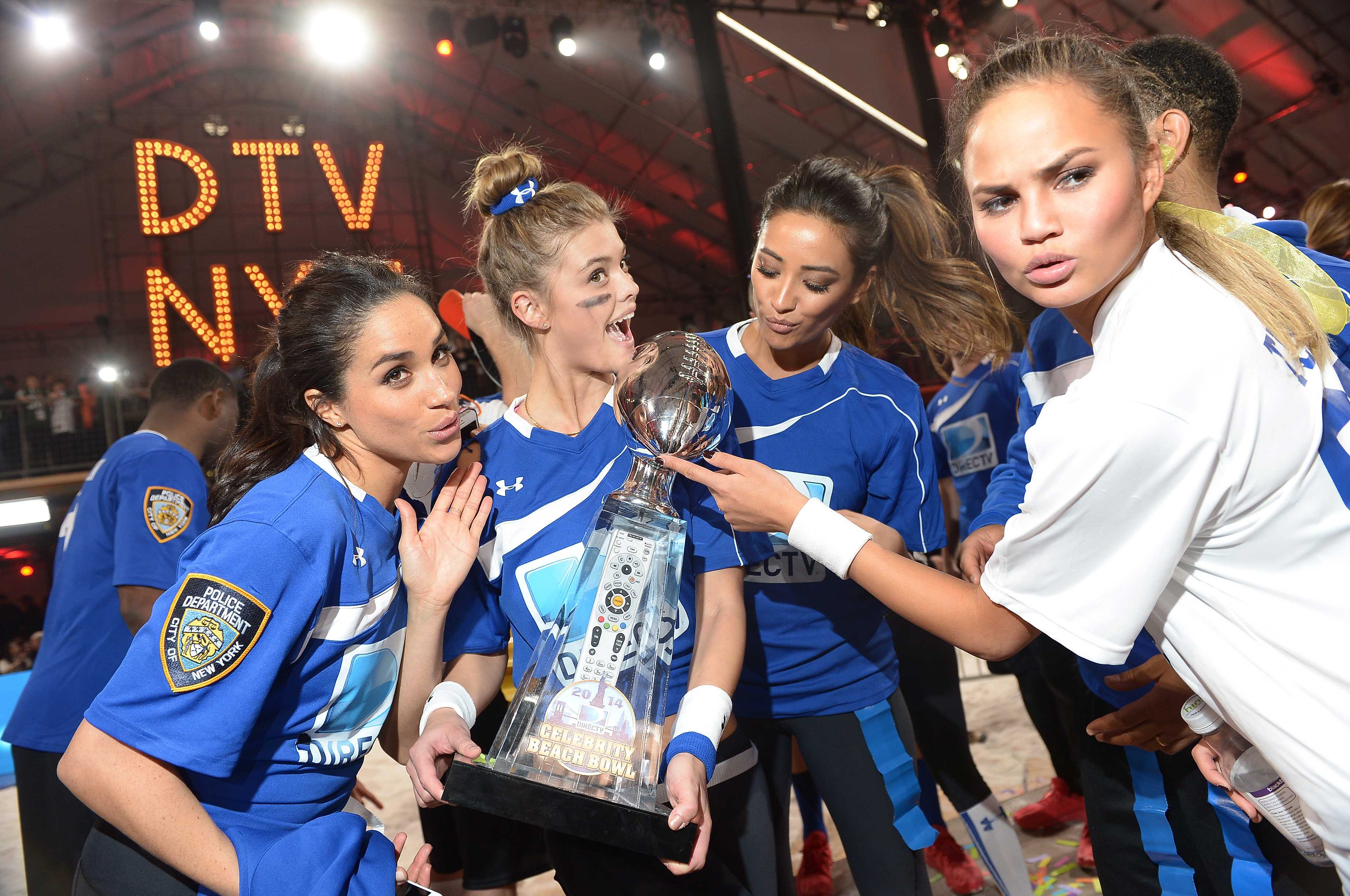 Although she is a fan of Richard Legend, the nickname would be “Dick Legend,” so Ellen warned her against that name. John has also vetoed John Junior because he wouldn’t want his child to feel that he had to live up to his name. In typical Chrissy fashion, her response was, “Wow, you’re a jerk!”

This post was written by Georgia Aspinall. For more, check out our sister site Grazia.